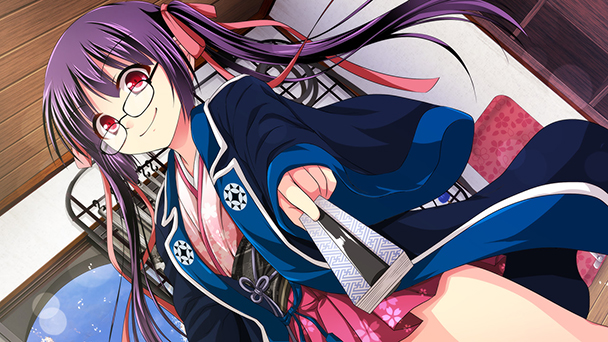 Although this week seems dominated by prominent titles like Borderlands 3 and NHL 20, it would be irresponsible to overlook many of this week’s other notables. From AI: The Somnium Files, Daemon X Machina, to Session: Skateboarding Sim Game, there are a number of compelling titles arriving without the benefit of a massive marketing campaign. But that said, don’t just go in purchasing Ellen thinking it’s an interactive adaptation based on everyone’s favorite afternoon talk show.

Robert’s Pick: Currently, AI: The Somnium Files has me in its grips, which is probably expected when someone like Kotaro Uchikoshi serves as a game’s writer and director. The auteur behind the Zero Escape series, known for plot twists capable of converting players into diehard skeptics really lets his imagination run wild here. Instead of just hunting for clues like most interactive procedurals, you’ll be using a cybernetic eyeball to explore alternate dimensions. And I want each touch on Iris Sagan aka A-Set, the in-game characters that’s shattered the fifth wall, producing promotional idol videos, interacting with fans, with footage that’s becoming increasingly stranger. I still don’t know what it all means, because Uchikoshi-san’s one of the industry’s few mad geniuses, but I’m having a great time just sorting through it all.

That said, I won’t be able to resist Daemon X Machina. I know most of the Western press will create laundry lists of the usual complains (nonsensical narrative, anime tropes, derivative looking ‘robots’), but if you played the demo then you might know that the joys of portable mecha combat are competently realized. I’m not saying that Daemon X Machina is perfect, but it might just allow me to put aside Armored Core: Last Raven Portable when I need some mechanized warfare on my way home from work. 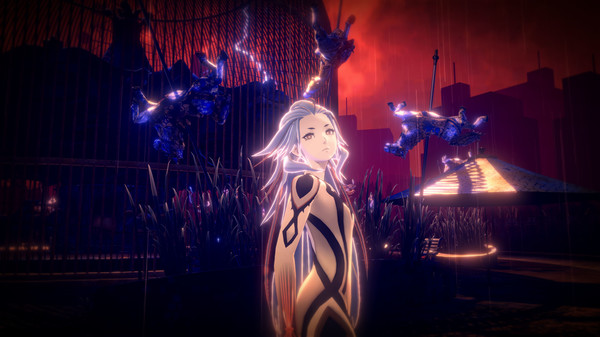 Jay’s Pick: For the longest time I didn’t classify myself as a mech fan. I still haven’t seen a single episode of Gundam or most of the other big mech shows, mainly because it’s hard to figure out where to start… especially with Gundam. But when I was Growing up I was obsessed with the Dragonzord from Power Rangers (still am), I loved Zoids, and Code Geass became one of my favourite anime series when I got a little older.

It turns out I do rather like mechs and I’m really not sure why I’ve basically avoided or ignored much of the mech media that’s out there, which sadly includes games as well. I think I’ve played one of the Armored Core titles and I have some faint memories of Custom Robo on the Gamecube but that’s about it. This is all about to change though.

My pick this week is Daemon X Machina. I was enamoured from the very first trailer, I enjoyed the demo they put out, and I simply can’t wait to dive in head first. Endless customization, action that you can tailor to your own playstyle with different builds, and some fantastically funny JRPG-inspired writing are combined into a terrific little package that may be many new player’s first experience with the mech genre in gaming. 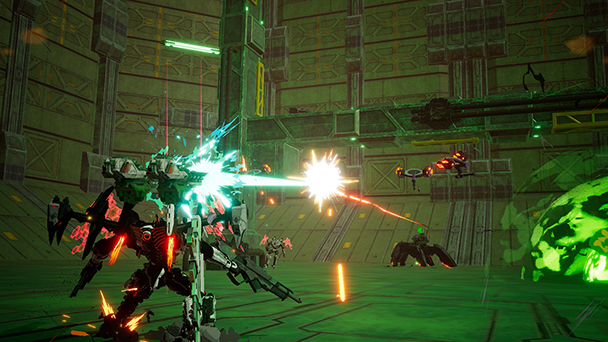 Ryan’s Pick: Daemon X Machina is the clear winner this week. Perhaps the older I get the more I’m driven by nostalgia with game choices, but after checking this one out I immediately got some excellent Virtual-On vibes. Being able to highly maneuver a gigantic robot and blow things up is amazing, and it is absolutely wondrous that we’re seeing a resurgence of mech games, including the Metal Wolf Chaos re-release not too long ago.

There are a lot of things this game gets right, and I feel like the utilization of the Unreal engine has helped it stand out from other robot action games. To compliment the large scale carnage and agile mech enemies, the music is equally as visceral. Junichi Nakatsuru from the Soul Caliber series (among others) and Rio Hamamoto have added a heavy rock and metal soundtrack that definitely has me excited. Once I hear electric guitars, you immediately have my attention. If you have any interest in mecha or have a fancy to fight against megalophobia inducing giant mech bosses, then this is your game. 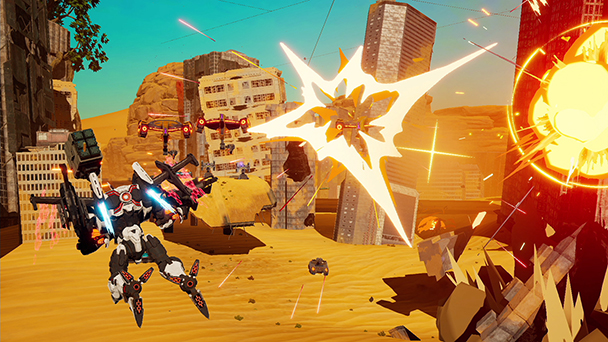 Matt’s Pick (Editor, DigitallyDownloaded): AI: The Somnium Files is a gorgeous little noirish thriller, with a wonderful cast and some really clever writing. I could do without basically all the “gameplay” bits, since every time you need to break from the narrative to solve one of the game’s puzzles, the pacing and flow of the experience is disrupted, but I the same could be said about basically all of Kotaro Uchikoshi’s projects, so I deal with it in anticipation of the resumption of the visual novel stuff.

Also, I love Iris. That twin-tailed, perky, online idol-slash-temptress and the quirkiest femme fatale the noir genre has ever seen. Top girl, this one. 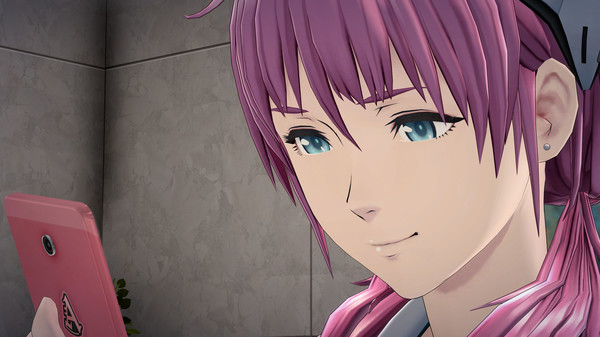