With a body of work that includes salient efforts such as the Zero Escape series, scenarios for visual novels like Ever 17: The Out of Infinity and Remember 11: The Age of Infinity, as well as writing Punchline, it’s evident that Kōtarō Uchikoshi is delighted by the unusual aspects of the human condition. And with the upcoming release of AI: The Somnium Files, the director and scenario writer continues these pursuits, with a game that send players plumbing the subconsciousness of its characters. Similarly, we tried to find out more about the auteur at Anime Expo, seeking his sources of inspiration, the difficulties of development, and how he gauges artistic achievement. 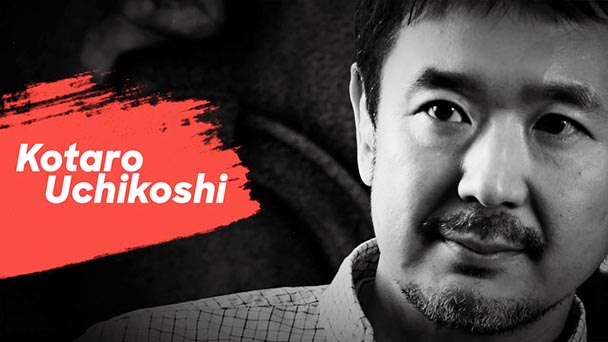 Tech-Gaming: When I meet writers, I’m always fascinated with the brainstorming process, especially when topics like death or murder are depicted or discussed in games. Can you walk us through the process of how you get ideas- perhaps from the news, books, maybe just imagination fueled by a cheerful walk through the park?

Kōtarō Uchikoshi: Personally, it’s not really when I’m walking in a park or just like talking to people. They [ideas] really just come to me. Usually when I just sit at my PC at this specific space where I can do this sort of thinking, and I think to my very limit. And when I think that I can’t go on anymore, that’s when good ideas come in.

T-G: There’s an overwhelming and often awe-inspiring amount of research that has gone into your games. Philosophy, ethical quandaries, even psychological conditions is depicted in your work. How do you go about adapting some of these complex phenomena into interesting expositional elements?

KU: When I finish one title, I don’t immediately think of a theme for the next one. First, I read a lot of books and then I just write down as many notes as I can about the things that might work for some sort of game. Then, when there is title coming up then I’ll take the ideas that would fit into that theme and then put it together that way. 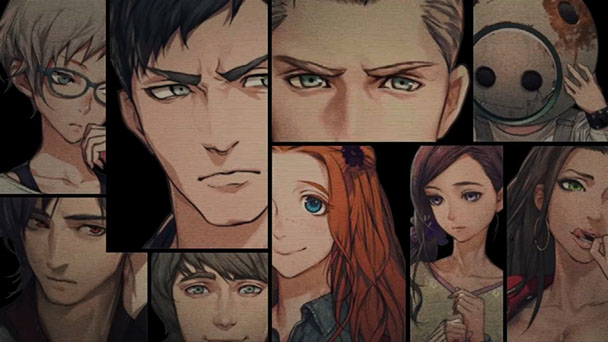 T-G: Many of these phenomena were woven into the Zero Escape franchise, and with AI: The Somnium Files, you appear to be exploring an intersection of dreams, artificial intelligence, those things just outside the traditional limits of perception. What else can players expect from the title?

KU: As you might know, the word Somnium comes from the Latin word for “dreams”. In the game, there’s these parts where you’ll perform investigations when a suspect does not want to talk to you. You’ll go into dreams and explore their psyche and try to draw clues from there. Themes emerge as it’s not a single person’s dream. Everyone’s mind is different, and as you enter into different character’s sub-conscious, you’ll discover how it works for different people and the all different worlds in there.

T-G: What prompted the idea of traveling into people’s dreams to solve cases?

KU: That idea actually came from our producer, Yasuhiro Iizuka, and I thought it was a really interesting idea. So, I decided to run with it. Personally, I think that fans of the previous series (Zero Escape) will definitely enjoy it as well. 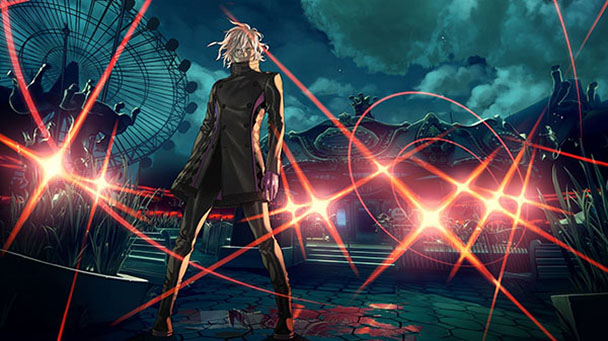 T-G: AI: The Somnium Files sees you moving in a new direction. How does it feel to devote a significant portion of your time toward a franchise, before going into a new direction?

KU: Personally, I think that fans of the previous series (Zero Escape) will definitely enjoy it as well. The puzzle aspects are not as hardcore as the Zero Escape series but I’m certain that this game is going to be fun for fans and I’m sure that players will enjoy the story this time around.

T-G: As a writer, I know you’ve crafted a great number of stories that deal with rather terrifying or provocative issues. And naturally, there might be some who might have wanted you to tone down these subjects. How do you balance the desire to cultivate raw emotion is the players with the desires of other to make a game more accessible, and perhaps, a bit less edgy?

KU: This time around the game is just as provocative as the previous series.  There are parts where you are going to laugh and parts that will make you cry. There are some grotesque parts are thrilling parts, so there’s definitely a wider range of emotions that are provocative for the players. I didn’t deliberately tone it down at all, I just basically want to express whatever I feel like expressing in my games. 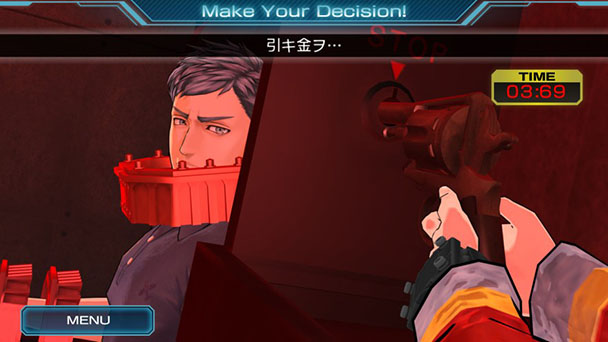 T-G: What are some of the toughest hurdles to game design?

KU: Actually, the entire process if difficult for me. There are many parts- everything from the writing the main story to the surprises and plot twists. Since I’m the the director I also have to lead my staff, which I find difficult as well. And you know there’s the worries over budget and scheduling, so basically, everything!

T-G: Is there a philosophy you use when designing or writing?

KU: It’s hard to put into words. But If I was to describe it, I’d say something that inverts normalcy.

T-G: Commercial success is easy to evaluate, but artistic virtue is a bit harder to pin down. Having worked on visual novel, games, manga, and anime, what’s the benchmark for artistic achievement?

KU: That would be a long answer if I were to go into detail, but I’ll provide one example. There was a fan who came to my autograph signing session earlier and they told me that they thought that Zero Time Dilemma was a great piece of art. He told me the title made him realize that games could be art. I believe that was very successful artistically and philosophically, as opposed to Virtue’s Last Reward, which I think was successful as entertainment. I do categorize them differently. 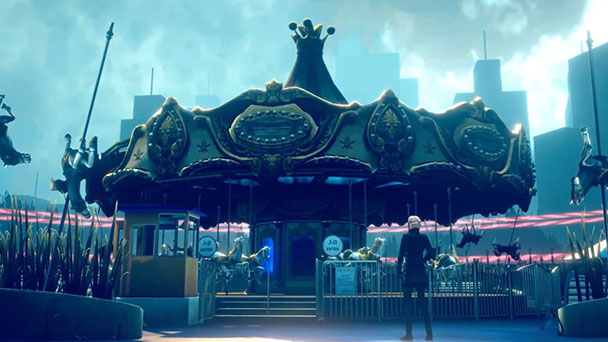 T-G: What are some works, from any medium, that have inspired you?

Tech-Gaming wishes to thank Uchikoshi-san, Ari Advincula,
Hiroya Watanabe, and the Spike Chunsoft team for their time and effort.