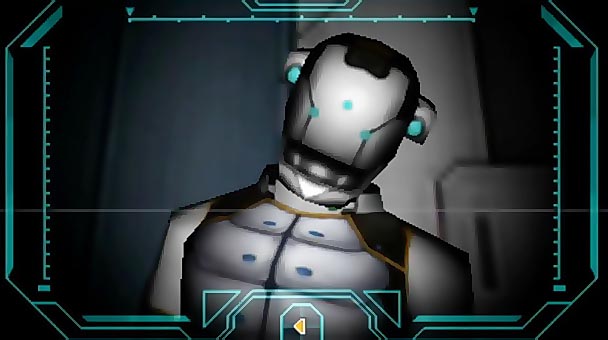 One of the more curious cartridges to inhabit the slot of Japanese 3DS’s was 2012’s Guild01. A compilation of four distinct games, each conceived by a different luminary, the title demonstrated publisher Level-5’s periodic propensity for novelty. Stateside gamers received the bulk of the anthology, with Liberation Maiden, Aero Porter, and Crimson Shroud making their way onto Nintendo’s eShop (although shopkeeping RPG Rental Bukiya de Omasse was overlooked for localization). Presumably, Level-5’s ambitions proved to be success, as a second compendium of games was commissioned, featuring a fresh collection of talent.

Recent release The Starship Damrey exhibits the design decisions of Kazuya Asano and Takemaru Abiko, the writing team responsible for Kamaitachi no Yoru (or Night of the Sick Weasel), a Super Famicom-based ‘sound novel’ which spurred several ports, a television series, and even a radio drama. For Damrey, the duo doesn’t deviate from their forte- delivering a journey that’s rooted in the rewards of the coagulation of storyline and the stir of discovery. In many respects, the game recalls the tranquil fulfillment of a point-and-click adventure more than the typical reflex-intensive titles which dominate the 3DS’s library. As such, Damrey fits neatly into the Guild canon, delivering a quirky and appealing play experience. 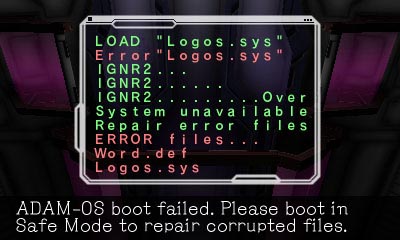 Recalling the 1985 Activision-published adventure game Hacker, players begin the game without the benefit of any tutorial. However, this isn’t a slapdash design decision. Damrey’s opening splash screen forewarns, “this game contains no tutorials or explanations. Part of the experience is to discover things for yourself.” Consequently, any review is poised to expose the most basic elements of the game. While this critique will keep the spoilers to a bare minimum, those seeking to savor the game’s sense of mystery might want to head directly to the eShop and bypass any additional analysis.

As The Starship Damrey opens, players find the protagonist waking from cold sleep aboard the eponymous vessel. Suffering from amnesia, the gamer’s first task is to solve several text-based conundrums to get the ship’s basic computer systems online. With scant direction, this engaging sequence forces players to pay attention to context. Unfortunately, the three to four-hour remaining duration of Damrey doesn’t revisit this type of play- a decision which ultimately mars the title. 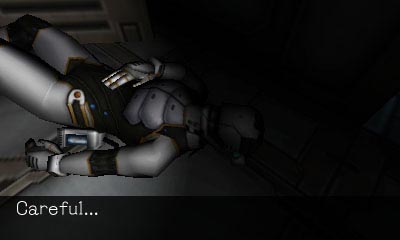 Instead, the bulk of the game is spent navigating a team of eight Assistant Robots, or ARs through a network of rooms (Hacker also employed a similar mechanic). Moving each machine feels like Shin Megami Tensei’s or Etrian Odyssey’s three-dimensional dungeon crawls, as players use either the directional or circle pad to inch along an invisible grid. Conspicuously, Darmey’s ARs lack advanced functionality. On the downside, a lack of lateral movement can make navigation a bit unwieldy, while viewing a map effectively forces players to pause the proceedings. Although the AR’s constraint of carrying a single device might seem like an additional drawback, the limitation restriction works in the game’s favor by evading the irritations often associated with item management. Thus, progress is rarely inhibited in the game. Typically, players will use the last tool or item they have acquired to gain access to a new territory- making the game ideal for those that frustrate easily. At worst, a more meticulous scan of the surrounding area is required, until gamers unearth the proper component that is required for passage.

Regretfully, Assistant Robots can scan only what is immediately in front of them, compelling gamers to fiddle with the positioning of each machine. Coupled with the game’s diminutive draw distance, The Starship Damrey does convey a hint of claustrophobia- as player skulk through the narrow walkways illuminated by the dim glow of their trusty flashlight. As with any sound novel, the game’s aural output is a primary part of the experience. Beyond the mechanical drone of your AR’s treads, the game sporadically issues up a clank and crash to induce a jump scare. 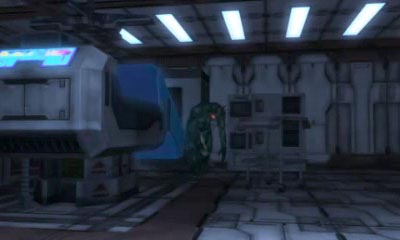 Sound is also used to pinpoint the location of space leeches, a scourge that when defeated, supplement The Starship Damrey’s narrative with a bit of additional backstory. Owners of any of Guild01’s downloadable titles receive a similar appendage, which is a pleasing perk for those who have supported the series. Even with these auxiliary materials, Damrey’s plotline isn’t completely expressed, but players should appreciate the game’s increasingly engaging storyline- which delivers a pleasing payoff in its closing minutes. Unexpectedly, the developers even managed to shoehorn in an amusing homage which is tasteful enough to not break the title’s otherwise chilly vibe.

While screenshots might imply that The Starship Damrey is an autonomous-driven adventure, in execution the game follows the visual novel blueprint, delivering a linear experience. The advantage of this approach is evident in the title’s remarkable plot, which compensates for the game’s occasionally clunky controls. Much like the Guild franchise’s other entries, Damrey benefits from its distinctiveness, and Level-5 enabling gaming auteurs to craft their own unique experience. 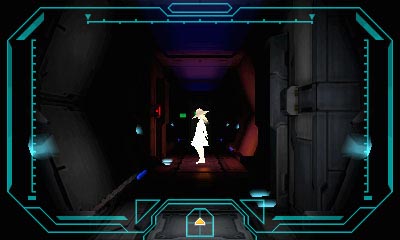 The Starship Damrey Review
One of the more curious cartridges to inhabit the slot of Japanese 3DS&rsquo;s was 2012&rsquo;s Guild01. A compilation of four distinct games, each conceived by a different luminary, the title demonstrated publisher Level-5&rsquo;s periodic propensity for novelty. Stateside gamers received the bulk of the anthology, with Liberation Maiden, Aero Porter, and Crimson Shroud making their way onto Nintendo&rsquo;s eShop (although shopkeeping RPG Rental Bukiya de Omasse was overlooked for localization). Presumably, Level-5&rsquo;s ambitions proved to be success, as a second compendium of games was commissioned, featuring a fresh collection of talent. Recent release The Starship Damrey exhibits the design decisions&hellip;

Summary : A merger of point and click adventure and visual novel, a voyage on The Starship Damrey is worth booking if players can tolerate a mildly irritating control scheme.

Previous: Resident Evil: Revelations Review
Next: New Releases for the Week of May 22nd-28th, 2013