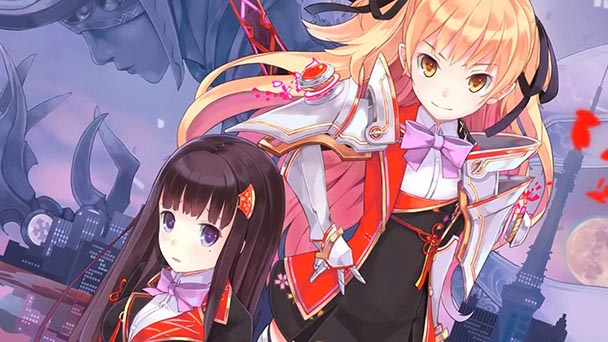 As fans of fighting, platforming, and rhythm-based games likely know, genres can be curiously cyclical. Case in point: the first-person dungeon crawler, a type of game which rose to prominence during the ‘80s with the release of prodigious titles like Wizardry, The Bard’s Tale, and Might & Magic. But over the years, combing shadowy corridors momentarily lost its popularity- at least until the pastime experienced a recent revival on both sides of the Pacific. From Shin Megami Tensei, Etrian Odyssey, The Elder Scrolls, and the Class of Heroes franchises, dungeon skulking is back in a big way- especially on handheld hardware.

One of the more enjoyable entries to grace PS Vita screens was 2014’s Demon Gaze. A particularly proficient dungeon crawl, players stepped into the well-worn boots of Oz, a protagonist endowed with a magic eye which extended the ability to seal demons. Blending competent combat, exploration, as well as a diverting plotline, the title became a breakout success for developer Experience Inc. As players potentially wait for the game’s sequel, the studio has crafted Operation Abyss: New Tokyo Legacy in the interim. 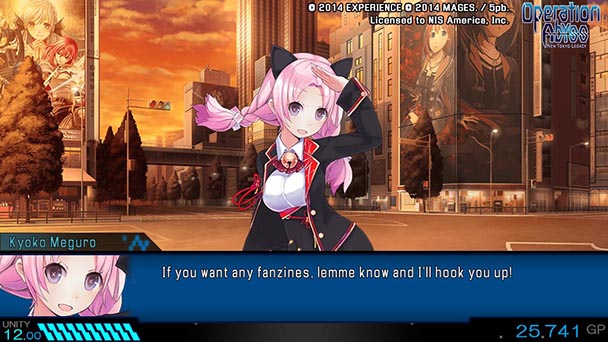 It should be noted that it isn’t a completely new experience. In 2008, Japanese gamers were privy to Generation Xth: Code Hazard, and later that year Code Breaker, two PC titles that never found their way stateside. With New Tokyo Legacy, that oversight is remedied with an impressive revitalization that isn’t quite as adept or approachable as Demon Gaze, but still worthy of scrutiny from genre stalwarts.

Whereas Demon Gaze delivered a playful tone punctuated with an obligatory amount of fan-service, Operation Abyss is decidedly more serious. Set against a futuristic backdrop, the title centers on the growing threat of Variants- vicious creatures that are decimating urban defense forces. Players direct a clandestine team of teenagers born with special abilities, tasked with both investigating and subduing the attack on the city. In execution, Operation Abyss’ amalgam of police procedural, science fiction, and supernatural elements is absorbing, providing an earnest impetus as the team revisits each labyrinthine level. Occasionally, the tonality is undermined, where busty character portraits and comical antics in your classroom-based command center are at odds with descriptions of mutilated victims. Exposition can be uneven, with lengthy dialog one moment and brevity the next. But largely, New Tokyo Legacy’s narrative arc cultivates immersion after passing the six-hour mark. 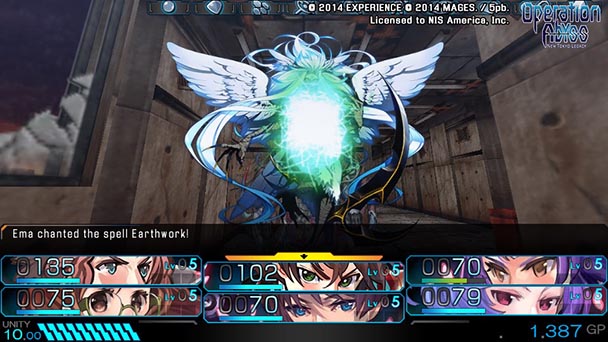 Captivation can also be found in the game’s dungeons. Sprawling, intricate environments filled with traps, monsters, and hidden switches, Operation Abyss’ dungeons are the unbilled stars of the game. In execution, each dungeon plays out like a puzzle, pushing players to study the auto-generated map, and infer what areas should be given more scrutiny. While elements like teleportation gateways, pitch black halls, damage-inducing squares, and directional fields aren’t new to the genre, their density and deceptiveness forces your party of six adventurers to advance prudently.

The game’s other caveat is that the ferocity of monsters increases as players persevere. As you tackle enemies, an Encounter Gauge fills, with the meter showing the relative strength of the next random encounter. As such, delving into the recesses of each dungeon extends an intriguing risk/reward proposition, as loot and experience points mount the longer you survive. Of course, pushing forward could pit you against an opponent capable of knocking out the majority of your team. This wager also plays into New Tokyo Legacy’s character leveling system, where players won’t automatically upgrade inside each abyss. Instead, the party has to return and rest before converting experience into tangible stat upgrades. Although this means that gamers will be doing a bit of backtracking, it’s a technique that adds tension to each expedition, as you must determine to venture on or head back and play it safe. 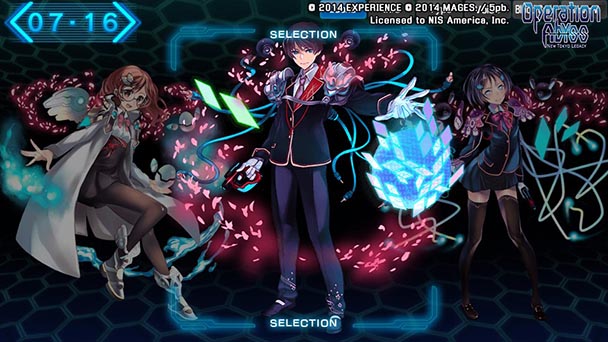 While it’s a straightforward process, some of Operation Abyss’ other mechanics aren’t as intuitive. Upgrading your character using parts salvaged from slain opponents to craft weapons and armor is an involved process. Like a number of other components, the game doesn’t go out of its way to explain these intricacies, compeling players to open up an in-game guide. Although the lack of hand-holding might sound refreshing to role-playing aficionados, expect equipping nuances to become coherent only after experimentation. After ten hours, I was left wondering if my party had the best loadout I could engineer.

In stark contract to the intricacies of item crafting and outfitting, combat is an astonishingly quick and straightforward affair. Although natural attributes can be exploited to give advantages in the game’s boss battles, skirmishes typically pit two rows of adventurers against bands of creatures. RPG-principals come into play here, with your front row fighters and back-row spellcasters striking at Abyss’ baddies. Smartly, the game streamlines the process, automatically targeting opponents or allowing a button hold to select the last instance of tactics. 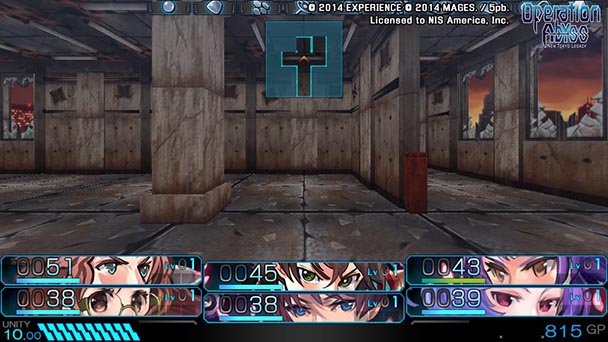 Aesthetically, New Tokyo Legacy offers a significant improvement over its predecessor, offering well-drawn character art that’s underscored by a remarkably luminescent color palate. The title makes ample use of the Vita’s limited amount of screen real-estate, simultaneously rendering character portraits and their vitals, a first-person view of the each environment, as well as other pertinent data. Sonically, the game eschews a dual-language option, offering dialog bits in English. Expectedly, music is each milieu is dark and brooding, complementing the enemies and ensnarements of each zone.

Although Operation Abyss: New Tokyo Legacy doesn’t trump Demon Gaze, the dungeon crawler is poised to please fans of the genre. Elevated by elaborate mazes which require meticulous inspection and a combat system that’s thoroughly pleasing, the title overcomes a prickly first impression. Those who stick with the game will discover a trek that’s teaming with tension, one that gradually rewards experienced players who take the time to learn it’s minutia. 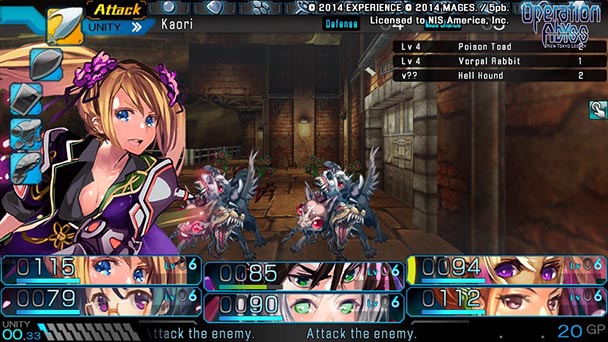 Operation Abyss: New Tokyo Legacy was played on the PS Vita with review code provided by the publisher.

Operation Abyss: New Tokyo Legacy
Platform: PS Vita
Developers: Experience Inc.
Publisher: NIS America
Release date: June 9th, 2015 (US)
Price: $34.99 via PlayStation Store or via retail
Language(s): English voice, English text
ESRB: Mature
Operation Abyss: New Tokyo Legacy review
As fans of fighting, platforming, and rhythm-based games likely know, genres can be curiously cyclical. Case in point: the first-person dungeon crawler, a type of game which rose to prominence during the &lsquo;80s with the release of prodigious titles like Wizardry, The Bard&rsquo;s Tale, and Might &amp; Magic. But over the years, combing shadowy corridors momentarily lost its popularity- at least until the pastime experienced a recent revival on both sides of the Pacific. From Shin Megami Tensei, Etrian Odyssey, The Elder Scrolls, and the Class of Heroes franchises, dungeon skulking is back in a big way- especially on handheld&hellip;

Summary : Operation Abyss: New Tokyo Legacy’s difficulty stems not from unfair boss battles or eleventh-hour difficulty spikes. Instead, the title expects players to understand and learn its intricacies on its own terms. Confronting this creature is gratifying, but do so with prudence, lest you’ll find yourself alone and aimless within this fearsome abyss.