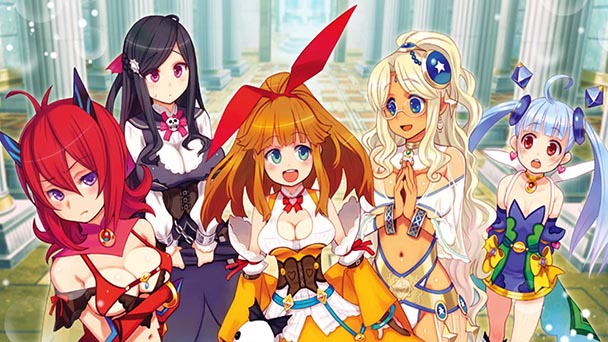 One day, the PS Vita supply chain will inevitably come to a fateful halt, kicking off a discussion of the plucky portable’s merits and missteps. While some might lament on missed potential, fans of the dungeon crawling genre aren’t likely to shed many tears. Between the release of Demon Gaze, Operation Abyss: New Tokyo Legacy, Dungeon Travelers 2, Stranger of Sword City and Ray Gigant, entire months could be spent skulking a multitude of monster-infested labyrinths.

Adding yet another work-week of involving reconnoitering is the recent release of MeiQ: Labyrinth of Death. Blending Compile Heart’s knack for whimsical character interaction with a steady supply of exploration and enemy extermination, the title extends an accessible, largely agreeable adventure. Save for a few design decisions which perceptibly pad playtime, MeiQ will be appreciated by genre aficionados, who will likely be pleased with the appearance of another adept DRPG in the Vita’s library. 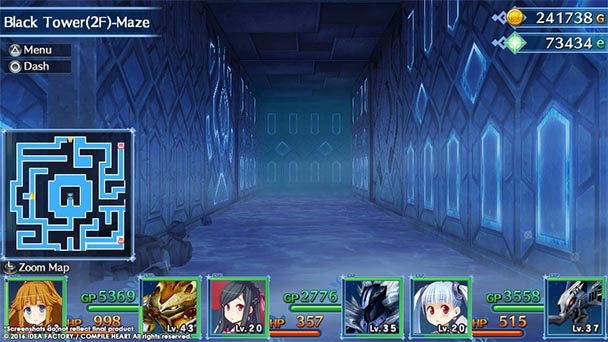 Sure, some might bemoan the presence of an apocalyptical premise and the game’s ensemble to prototypical personalities. But if you’re able to look past some of the confines of convention, then Labyrinth of Death is poised to deliver enjoyment. A succinct set-up tells of the world caught in a state of immobility, plunging the planet into a state of eternal night. Fortunately, this type of cataclysmic event isn’t without precedent. The last time this happened a group of mighty Machina Mages made their way through four towers, all in an effort to turn a key and restart the planet’s rotation.

A new team of mages converges on Southern Cross, a bustling town conveniently located in the middle of the quartet of spires. Each member is rendered in archetypal shorthand, with Setia, the requisite dark-clothed loligoth introverted and unsure of herself, while crimson-haired Flare aptitude for conflagration is signaled in name, hue, and hot-headed attitude. But there’s a good reason for MeiQ’s reliance on obvious signifier: the game doesn’t have the long-winded conversations of many role-playing games. 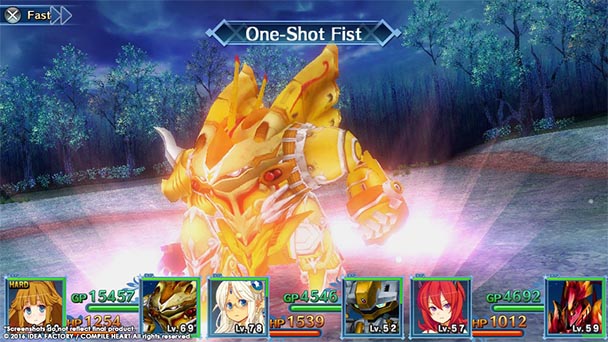 Instead, banter is rathe concise and lively, often alternating between the competitive goal of who gets to wind the Planet Key and the type of sisterly comradery encapsulated by the adage, “do your best”. Sure, we’ve seen Labyrinth of Death’s quintet of maidens a myriad of times. But the developers know this and don’t squander time with elaborate backstories or dialog that doesn’t deliver a comic pay-off. MeiQ feels more like a sequel. While we haven’t official met plucky lead protagonist Estra before, we’re familiar with her altruistic attitude and ‘can-do’ spirit, allowing dialog to punctuate phases of exploration, rather than have to bring things to a halt for discursive exposition.

Delving into dungeons often demonstrates the same type of consideration. In execution, movement through each large level feels lithe, thanks to the option for accelerated movement and even auto-turning when players hit a wall- all while an automapping component conveniently diagrams each dungeon’s layout. What’s more, the game’s dungeons don’t have the limited egresses that are common to the genre. Instead, players will typically find checkpoints, multiple stairways, and the functional equivalent of an elevator. But towers also tend to lack deviousness as well. While there are traps that drop you to lower floors and switches that need to be activated to open locked doors, don’t expect your adventuring party to encounter any real head scratchers. Beyond, slippery floors which slide players forward, Labyrinth of Death is rather straightforward when it comes to navigation. Even the game’s encounter rate is low enough to not induce vexation. 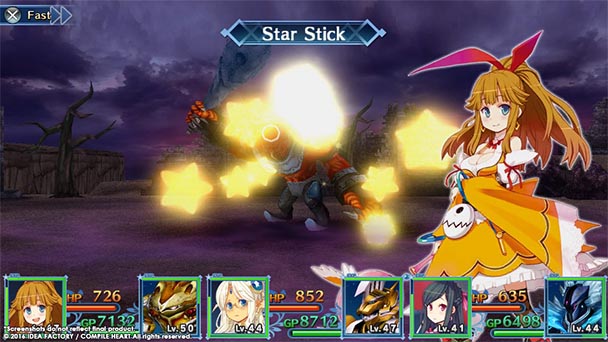 But one sticking point does occur when players accept side quests from the Machina Guild back at town. Without any additional exposition and forcing a substantial bit of backtracking, these errands send parties back into towers to retrieve items that couldn’t be seen the first time around. Largely, these tasks feel like they were included to pad playtime and offer little gratification for their completion.

MeiQ’s battles are rooted in role-playing tradition and adeptly scale to the level of selected difficulty. Essentially, the party is composed of slightly vulnerable mages and their hard-hitting and durable companion guardians, which resemble hulking robots. Each turn, players can utilize either character, with the maidens casting supportive spells like heals, revive, and boosts, while the machines hand out debilitating amounts of damage. On the game’s normal mode, players really only have to worry about exploiting elemental factors when battling bosses. But play on an elevated difficulty setting, and you’ll be verifying each order with MeiQ’s convenient in-game guide, to ensure you don’t make an errant decision. 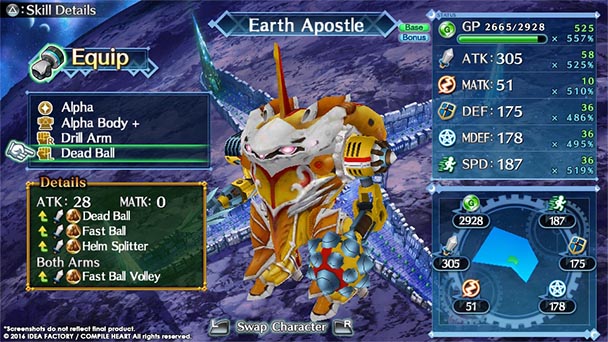 Over time, some opponents will experience a change of heart, joining the team. Regardless of difficulty level, this is one of the in-roads into Labyrinth of Death’s customization component. Here, players can assign new modules to their Guardian’s right and left arms, as well as their cores, with each item potentially contributing its own set of skills and dividends. Affinity plays a significant role here, with players goaded into a creating a squad that’s both geared toward the tower at hand, and diverse enough to confront the range of foes stocked on each level. Additionally, everything thing from level progression to changing forms (MeiQ’s name for character clothing) helps to augment your team, with the latter potentially boosting your power exponentially. Most importantly, the title attains that tricky balance, allowing hardcore players to fastidious tweak their stats while those focused on dungeon crawling don’t have to spend hours staring at menu screens if that’s not their thing.

With dual-language voice acting for each character, MeiQ delivers aural awesomeness, especially with the strong performances by Japanese cast. The game’s soundtrack is equally as proficient, with Tenpai Sato contributing a miscellany of music numbers that range from folksy synthesized harmonicas and guitars to driving electronic beats. Although Kei Nanameda’s character art is poised to draw the ire of neo-puritans, it’s all charmingly well drawn, with Estra and her fellow mages revealing both a range of expression as well as comical amounts of cleavage. But save for a bit of playful touch-enhanced interactivity in the menus, the game’s not nearly as lascivious as Australia’s ratings board would have you believe. The team even resisted the temptation to depict ogling onsen CGs, demonstrating a remarkable amount of restraint. 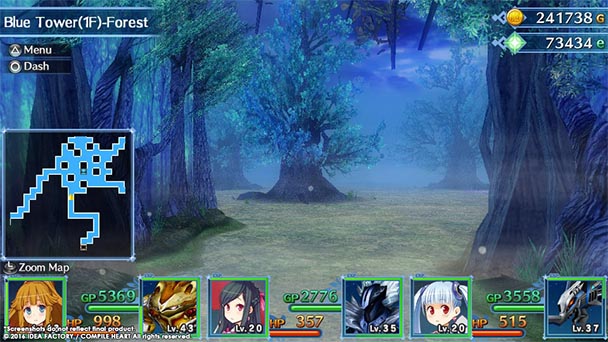 Even if you’ve delved though the Vita’s ample collection of dungeon crawls, MeiQ: Labyrinth of Death is worthy of your time. Filled with charming banter and engaging battles, the title is elevated by its approachability. Unlike most genre entries that can error on the punitive, Compile Heart’s latest effort feel playful and spirited. Let’s hope any future titles in the Makai Ichiban Kan project maintain the tone and verve of exhibited by Estra and company.

MeiQ: Labyrinth of Death was played on the PS Vita with review code provided by the publisher.

MeiQ: Labyrinth of Death
Platform: PS Vita
Developer: Compile Heart
Publisher: Idea Factory International
Release date: September 13th, 2016
Price: $39.99 via retail or PSN
MeiQ: Labyrinth of Death review
One day, the PS Vita supply chain will inevitably come to a fateful halt, kicking off a discussion of the plucky portable&rsquo;s merits and missteps. While some might lament on missed potential, fans of the dungeon crawling genre aren&rsquo;t likely to shed many tears. Between the release of Demon Gaze, Operation Abyss: New Tokyo Legacy, Dungeon Travelers 2, Stranger of Sword City and Ray Gigant, entire months could be spent skulking a multitude of monster-infested labyrinths. Adding yet another work-week of involving reconnoitering is the recent release of MeiQ: Labyrinth of Death. Blending Compile Heart&rsquo;s knack for whimsical character interaction&hellip;

Summary : The PS Vita has the platform of choice for dungeon crawls. MeiQ: Labyrinth of Death secures that status even further, with an affable, amusing adventure that’s only undermined by a bit of superfluous backtracking.