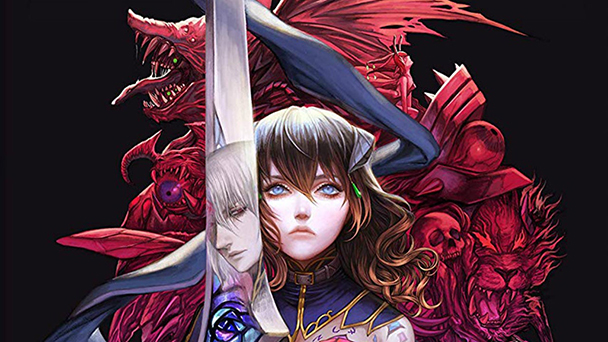 Whether it’s the searing guitar licks that accompany a boss battle in Bloodstained: Ritual of the Night or the rhythms of an underground Hyrulian club in Cadence of Hyrule: Crypt of the NecroDancer Featuring the Legend of Zelda, this week’s releases offer all types of musical delights. Beyond these two highlights a number of other notables arrive, with God Wars: The Complete Legend and Blaster Master Zero making the jump from Switch to PC.

Header image: Bloodstained: Ritual of the Night, PS4, Switch, Xbox One, and PC

Robert’s Pick: Game releases can seem like an endless procession of titles that arise before fading in a few weeks, or at best, a month. That wasn’t the case for the October 1997 release of Castlevania: Symphony of the Night. Arguably the pinnacle of the franchise, Igarashi Kōji’s masterpiece didn’t leave the CD tray of my beloved PlayStation for months. During this duration, I thought I had completed the game several times, thoroughly enjoying every play-through.

Once I heard about the reverse castle via USENET, my appreciation got rekindled. I continued to play until the end of the school year, savoring every moment of the now-expanded, non-linear journey. While the GBA Castlevania games and Curse of the Moon have helped to quell my whip-lust, this week’s release of Bloodstained: Ritual of the Night has me especially eager. Sure, it’s a mere ‘spiritual successor’ and after Mighty No. 9, crowd-financed games invoke a bit of skepticism, but after playing through a recent demo, I’m reasonably assured that Bloodstained is posed to land somewhere in the ‘like to love’ range for me.

Matt’s Pick (Editor, DigitallyDownloaded): One of the few redeeming moments of an otherwise dreadfully dull E3 this year was the surprise drops on Nintendo Switch from Square Enix. The Last Remnant came first. Announced through the Square Enix event, The Last Remnant was released on the other consoles a few months ago, but would I really double-dip so I could play it on the go? Heck, yes. The Last Remnant was, until recently, Square Enix’s greatest “forgotten” masterpiece. It’s a brilliant game with rich narrative and a stylishly different take on turn-based combat. While other people were going gaga over a dreadfully poor remake of Tifa (that costume worked when there were no polygons or textures to work with on the PlayStation one. On the modern consoles, it’s such a blandly boring thing to wear), I was scrambling to access the Switch eShop when Square announced it would be available immediately.

And then the Nintendo Direct came along, and over there it was announced that Square Enix was indeed localising the Collection of Mana compilation, which brings together a number of that venerable franchise (including the mighty Secret of Mana itself). And that it would be released immediately. That had me scrambling for the Nintendo Switch all over again. Secret of Mana is to me what Chrono Trigger is to many other SNES JRPG fans, and having easy access to it – as well as the lesser-known titles around it, is a great thing indeed. Given that the other exciting announcement at E3 this year was that Square Enix has found the code for Final Fantasy VIII so that it can finally re-release that one, it goes to show how completely uninspiring the rest of the show was. All nostalgia, no new stuff for me. 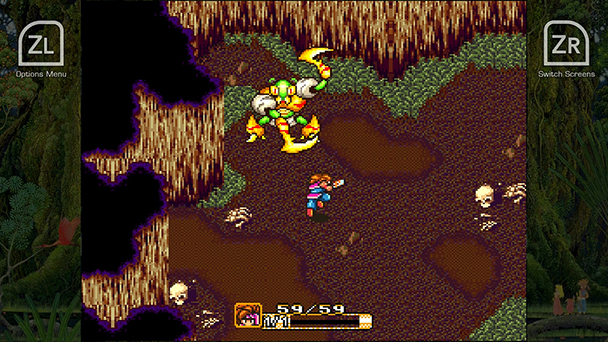 Ryan’s Pick: It’s been roughly four years since Igarashi Kōji announced via Kickstarter that he was going to be making the spiritual successor of Symphony of the Night. While it has been a considerable amount of time, I like many others am eagerly awaiting to see the scope and scale of this 2.5D adventure. I do have to commend the community management team that interacted with all the backers. They were fairly transparent during the entire process with regular updates from “Iga” as well as regularly tried to involve the community that was waiting for the game. Much like Mighty No. 9 this game was picked up by a publisher about halfway through the development process, so we shall see how well the game does for 505 Games. This game had the advantage of seeing some of the tribulations that other successful crowdfunded titles went through leading up to release, so I think they did a pretty great job at navigating through this development process.

If exploring castles isn’t on the docket this week and you prefer something a bit more lowbrow, you could always check out the latest adventure of Larry Laffer which is coming to Switch. The shareware version of Leisure Suit Larry back in 1992 got me into the series. The innuendo and self-deprecation really resonated with the adolescent me. Instantly a fan, a few years later I do recall purchasing the compilation when it came to PC in 97’ which had five of the older games. The series then got a facelift when Leisure Suit Larry: Love for Sail hit PC which moved from a text-based point-and-click to a more cartoonish look, a graphical UI, and voiced Larry’s character. This concludes today’s history lesson for Leisure Suit Larry.  The game is definitely pervy with nothing but double entendres, but in the end it’s still about just laughing at the plight of poor Larry. If you can stomach the lewdness, in the privacy of your home definitely give Leisure Suit Larry: Wet Dreams Don’t Dry a shake. 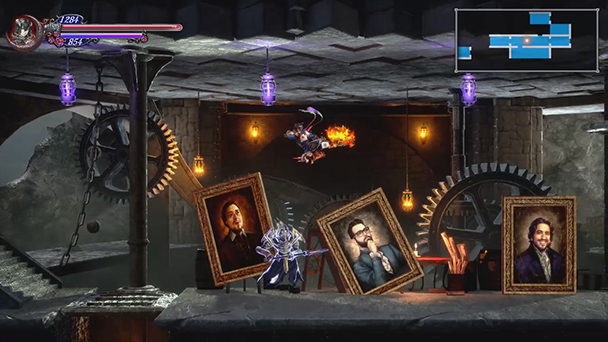 Jay’s Pick: As blasphemous as it is, I have just never liked Castlevania so it’s pretty hard for me to get excited about Bloodstained: Ritual of the Night which I’m sure is revving many of your engines (if you know what I mean). There’s only one game for me this week, and that’s Cadence of Hyrule. Well… apart from all those surprise drops at E3 that were sort of this week; namely Collection of Mana and The Last Remnant which both landed on the Switch in the last day or so.

Cadence of Hyrule combines music rhythm with old-school adventure gameplay much like it’s predecessor Crypt of the NecroDancer. Adding The Legend of Zelda into the mix was a stroke of genius and I cannot wait to dive in. Definitely give The Last Remnant a go on the Switch as well, if you haven’t played it before. It isn’t the best Square Enix has to offer but it was certainly a product of their peak. 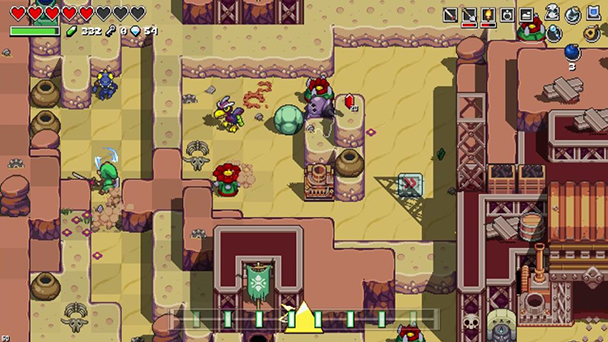 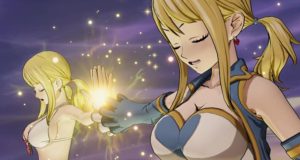