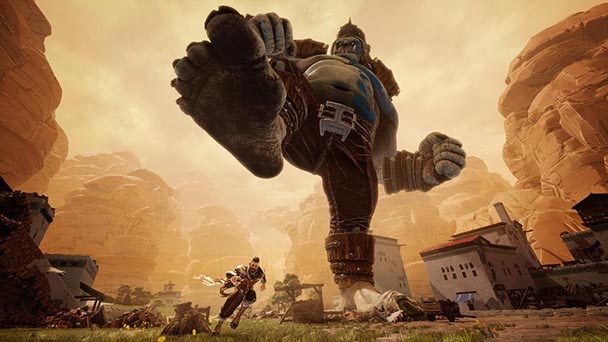 Whether you prefer the slashes of Samurai Shodown, the punches and kicks of King of Kighters, or the cartoonish pugilism of Punch-Out!!, this week’s new game releases offering plenty of opportunities for conflict. Those with a penchant for more pacifistic pursuits shouldn’t be dismayed, as there are a number of titles that don’t focus of fighting, offering everything from rhythm-based action to digital jigsaw puzzles.

Matt’s Pick (Editor, DigitallyDownloaded): This week is probably one to clear off some of that backlog, let’s face it, but if you haven’t played Dark Rose Valkyrie yet, then the PC release is another excuse to pick it up. If you think of a cross between Virtue’s Last Reward (or any other game about a close team being betrayed by one of their own), and Compile Heart’s traditional brilliance in clothes tearing and rendering underwear, then you’re basically at Dark Rose Valkyrie.

As with all Compile Heart games, it won’t be for everyone, but the mix of a relatively serious story by their standards, a quality turn-based combat system, and Ai Yakumo, a top-tier waifu with awesome taste in underwear, makes for an enjoyable and interesting game. 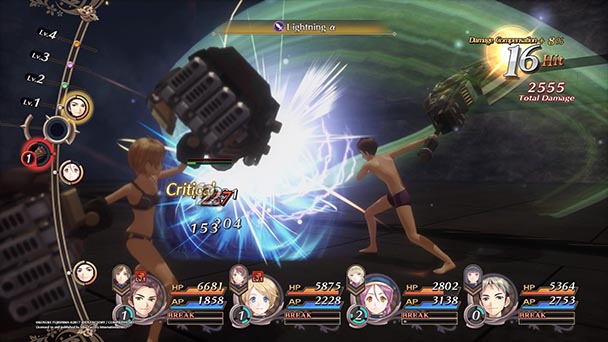 Zack’s Pick (Senior Editor, RPG Site): I should start by saying you should not buy The King of Fighters ‘97 Global Match. A straight port with no playable Orochi, no training mode, bad netcode, and inconsistent framerate means this kind of lackluster work shouldn’t be encouraged. While they may improve it later, in its current state, you should stay away. King of Fighters ‘98 is a better game, anyway.

Moving on to what you should pick up, I would lean towards Bombslinger. I had a chance to try this out on Steam and it’s quite the experience. The concept is basically: What if Bomberman was set in the Wild West? And had roguelike elements like randomly generated maps, a ton of upgrades, and a pixelated graphical style to draw your attention? Okay, that last point doesn’t really fit, but everything else describes Bombslinger is in a nutshell. While it won’t give you endless amounts of entertainment, for the price, you may want to check it out. 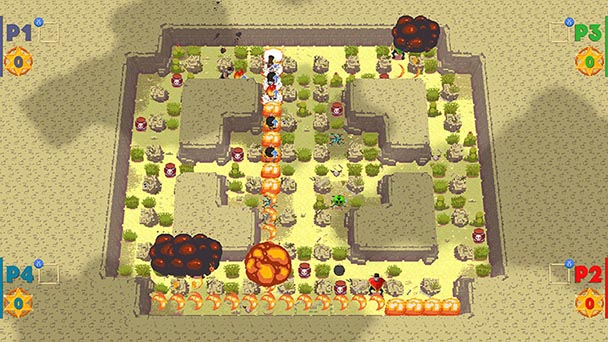 Ryan’s Pick: My pick for the week goes to Super Daryl Deluxe. On the surface the game is a side-scroller with some RPG elements, however where Super Daryl Deluxe shines is its uniqueness. From the art style, enemies, music, to the grandiose animations, it is very apparent that Dan & Gary Games put an incredible amount of thought and time into the game. I will always have an affinity for strange albeit hilarious characters and or enemies, and there is no shortage of them in this game. The art style reminds me a little bit of Leisure Suit Larry: Love for Sail, which is also a plus!

Touting 15 hours of gameplay with side quests, tons of characters to interact with, and plenty of secrets, Super Daryl Deluxe is a solid pickup for either Steam or Switch. 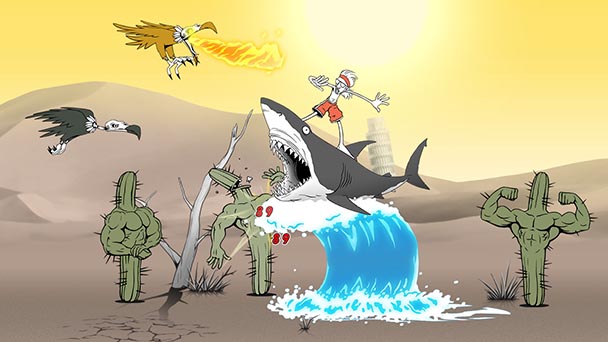 Robert’s Pick: Extinction’s interpretation of Attack on Titan-esque battles against lumbering behemoths piqued my interest, developer Iron Galaxy’s resume isn’t quite strong enough to give the game a nod. Instead, my extended time with Dark Rose Valkyrie offered an enjoyable experience, that like Matt said, should appeal to fans of the genre.

Bringing together scenario writer Takumi Miyajima, character artist Kosuke Fujishima of the Tales series along with the Compile Heart staff, Dark Rose Valkyrie is the atypical collaboration that lives up to the expectations set by a partnership of prodigious talent. Offering an interesting take on Japanese life on the verge of the Great Depression, an era that’s often neglected in gaming. For those with no interest in historical allegory, there are a few breaks from JRPG convention as well as underwear-based battles. 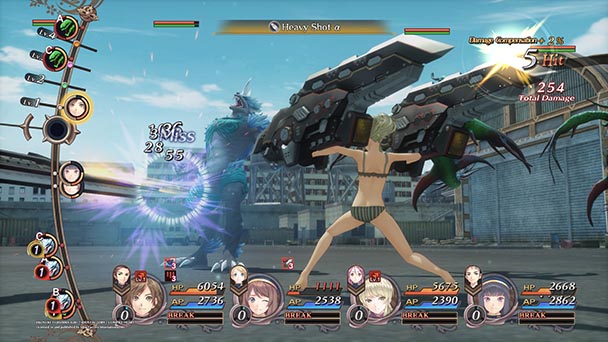