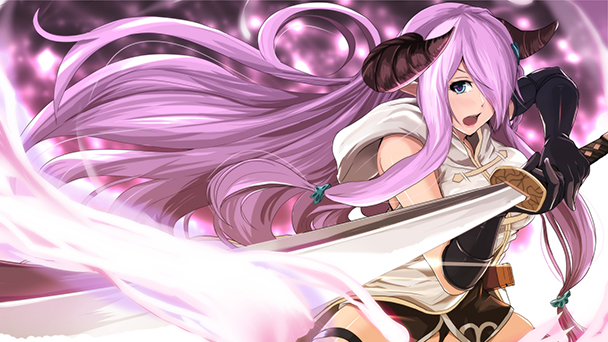 Whether you’re hoping to re-unify China in Romance of the Three Kingdoms XIV, battle for bragging rights in Granblue Fantasy: Versus, or surmount Saitama’s persistent boredom in One Punch Man: A Hero Nobody Knows, this week has several compelling crises to conquer. Those with an appreciation for visual novels shouldn’t overlook the release of Marco & The Galaxy Dragon, a madcap tale of an amnesic orphan and insatiable dragon, who travel through space seeking treasures and clues about the protagonist’s past.

Robert’s Lament: I’m a survivor who has watched friend after friend succumb to the addiction of gacha games. Yes, there’s something deeply tragic and harrowing about losing an acquaintance to the chase for Andira. Repeatedly witnessing this despair has made me swear off the genre, especially since I have a weakness for moe, and Hideo Minaba’s affection for detail is my Achille’s. But I must admit fawning over other people’s pulls, and between Granblue and Shinobi Master Senran Kagura: New Link, I know succumbing to the siren’s call is an inevitability.

So, this week’s gateway game is Granblue Fantasy: Versus. I keep telling myself to resist the diminutive eleven combatant roster, which recognizably serves as an inroad for at least two waves of downloadable characters. (Remember when a single ‘season pass’ supplied all the additional content?) But the pedigree is too enticing. Developer Arc System Works knows our weaknesses for fluidity and fighting game sophistication. In that respect, Versus doesn’t disappoint. The tipping point is the story mode, which adds a single-scrolling brawler elevated by sumptuous beauty. Abstinence, our long trip together is gradually coming to a solemn end. 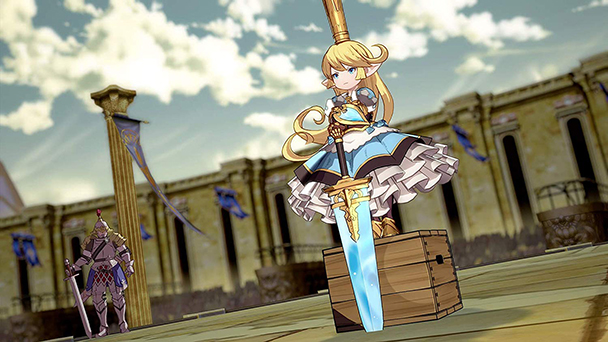 Matt’s Choice (Editor, DigitallyDownloaded): When I’m not lusting over lovely ladies in fighting games or vocaloid rhythm things, my big deal is history. I love a game that can both inspire me to learn something in the way it depicts history, and Romance of the Three Kingdoms has been a thing I’ve loved for many years because it does just that. Were it not for this game series and its unofficial action companion, Dynasty Warriors, I would never have read the book and discovered that I find this chapter in China’s long history so fascinating.

Also, it brings the waifu anyway. That Sun Shangxiang. Phroar.

What Romance of the Three Kingdoms has historically (ha) struggled with is the complexity of the strategy. Unless you had a deep level of patience and a willingness to make mistakes and restart games, you could be left quite in the dark. Koei Tecmo has recognised this, however, and this latest effort is also the perfect introduction to deep strategy for newcomers. For existing fans… well, it’s another new take on the great stories of Cao Cao, Liu Bei, the Sun family, and, of course, Lu Bu. It’s gorgeous, rich, and deep strategy, and you won’t stop playing this one in a hurry. 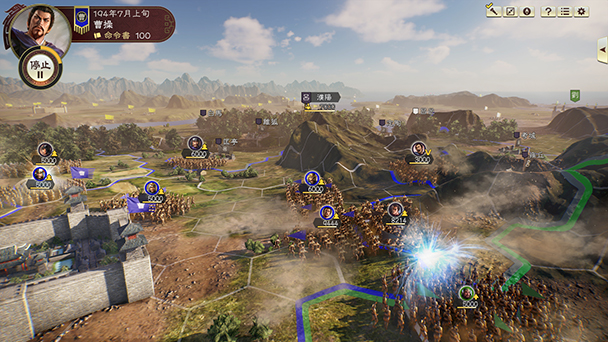 Ryan’s Selection: Ha-hi-fu-he-ho! While this is probably my best opener I’ve ever had here, Wanpanman will be sitting it out this week as the lovely ladies of Granblue Fantasy: Versus. Gacha players are a different breed in that the nature of the game is completely different from a console experience, so I think that fans of the series will appreciate that they can enjoy their favorite characters in this fighter with only the one-time cost of buying the game. Okay DLC too, but that is finite. Gachas are basically like gambling, so if you take that factor out, I feel like this is an excellent way to leisurely enjoy the series and all the glorious moe it beholds.

I think I’m the most excited about the Season Pass for this one as my favorite characters is Narmaya. If only we could make her the Twitter thumbnail image for this week…As for the actual fighting engine, you can’t really go wrong with an Arc System Works game. Their fighting system is incredibly granular and fulfilling if you put in the time to learn some of the fundamentals. The game is also built on the Unreal Engine, so players are guaranteed an excellent visual experience while they enjoy the fan-favorite gigantic sword wielding lolita Charlotta or any of the other ten wondrous characters as they swing it out. But seriously though on that thumbnail image… Pop-pop gets a treat? 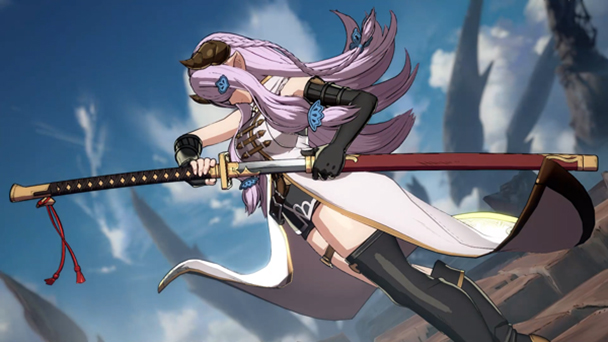