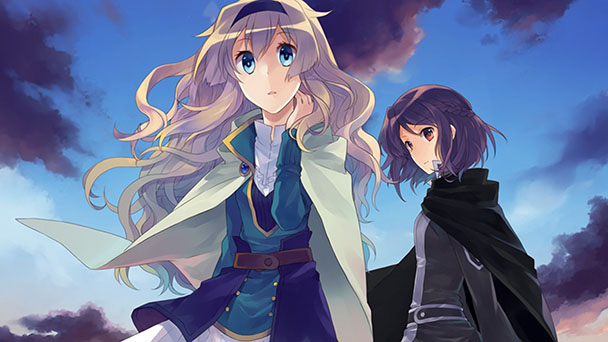 This week franchises like Yooka-Laylee, Ghost Recon, BurgerTime, and Trine receive sequels, while Ghostbusters and The Alliance Alive receive remakes. Fortunately, there at least one notable new property premiering this week, with Indivisible arriving on PlayStation 4, Xbox One, and PC.

Robert’s Pick: I don’t play military shooters nearly as much as I did about a decade ago. The main reason? Franchises like Call of Duty and Battlefield shifting away from single-player experiences. Even when games felt obligated to inject a campaign, they were largely linear affairs that felt like Captain Price’s F.N.G. challenges, with pop-up targets waiting to be dropped as quickly as possible. But I did play the hell out of 2017’s Ghost Recon: Wildlands and thoroughly enjoyed the scalability and open-world flexibility.

Ghost Recon: Breakpoint didn’t interest me much when it first premiered. The first problem is the always-online requirement- especially when tackling foes in solitude. I don’t want my games to stop working when the publishers pull server support. Secondly, the whole survival aspect has been done to death. It may have been an effective context once, but dozens of titles have made the set-up tedious. But having invested some time in Breakpoint, I’m enjoying myself. Enemy AI is improved. While gacha-crates over the battlefield is kind of dumb, it’s difficult to not get excited every time you get a new rifle. There are some obvious issues that shouldn’t have made it to launch, but they’ll all surprisingly small and the core gameplay is enjoyable. While I’m eager to play The Alliance Alive HD Remastered again, I’m also having fun gunning down tech-bro’s minions. 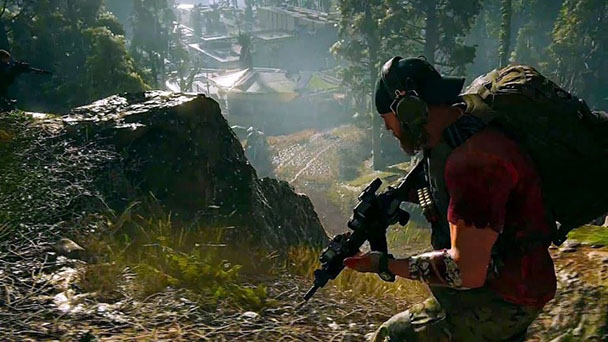 Matt’s Pick (Editor, DigitallyDownloaded): Robert’s gone insane. It’s okay, everyone. We’re getting him the help he needs and I’m sure he’ll be back to normal by next week. Luckily for you all, in the meantime the voice of reason is here to give you a suggestion that’s actually worth playing ^_^.

I am, of course, talking about Crazy Mini Golf Arcade.

Okay, okay I jest. The Alliance Alive HD is not so much a “remaster” of a game that was released on a console with such a low resolution that the wisdom of upscaling it seemed questionable. It’s closer to an end-to-end remake, and boy does it show just how gorgeous this game’s original vision was. Not only do you get a nostalgic romp through classic JRPG narrative and gameplay structures, but you also get to fill your eyes with the most gorgeous, painterly aesthetic as you do so. Anyone who enjoyed the likes of Braverly Default and Octopath Traveler will get a kick out of this game, and anyone who didn’t… well, there’s Ghost Recon, I guess.

Also, I know it’s a joke at this point, but at some point Baldur’s Gate 1 & 2 will release on Nintendo Switch. I don’t think anyone knows what day that will be any more, but I’d be remiss if I didn’t mention it every week until it actually does land. 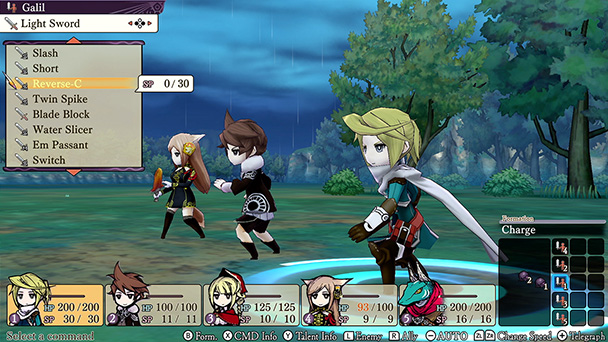 Ryan’s Pick: Indivisible’s hand-drawn animation art style definitely has my interest, so I’m opting to make this Indiegogo funded game my selection this week. I really like the art style itself, and the animations for the character attacks are just how I like them – bright and flashy. From doing a bit of research into this title, I really like some of the gameplay mechanics they’ve added to it – specifically the way they have integrated both turn-based and real-time RPG battle elements. Another really interesting addition is that it appears you and your party members must also block incoming attacks which more than likely will require some practice. To add to this, you will have multiple characters to control and manage, so with all three of these systems at play it seems like the gameplay will keep one busy.

There are two other noteworthy facts about this game that I think are worth mentioning. The first being that the musical composer for the game is Kikuta Hiroki, who was the musical composer for The Secret of Mana and Trials of Mana. Secondly, the development team is the same crew that created Skull Girls who are releasing the game under the new studio name Lab Zero Games. I have high hopes for this one, so I definitely cannot wait to see how it plays out when it releases next week. 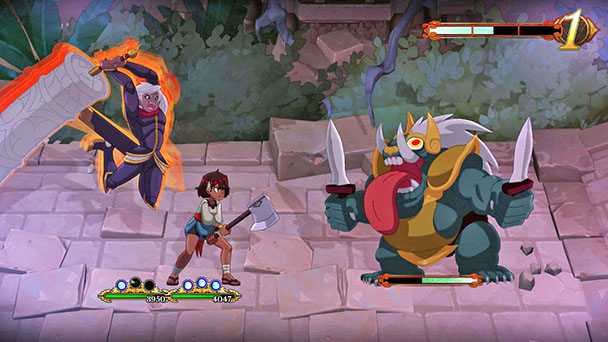 2019-10-03
Robert Allen
Previous: YU-NO: A girl who chants love at the bound of this world review
Next: Nanairo Reincarnation review