Just keeping up with retailer-specific pre-order bonuses, console-timed downloadable content, and what’s actually included in the now ubiquitous season passes can be pretty damn difficult. This week the water gets muddied even more with Ubisoft’s release of Tom Clancy’s Rainbow Six Siege Year 2 Gold Edition a bundle that extends the season pass metaphor past its coherent limits. Still, if you’re looking for simple amusement without the headaches, there’s plenty of that with a Yoshi’s Woolly World’s 3DS adaptation, and even the trusty, old TurboGrafx-16 versions of Gradius and Bomberman ’94.

Robert’s Pick: This week, GUST releases a double dose of PC goodness with the adaptations of both Atelier Sophie: The Alchemist of the Mysterious Book and Nights of Azure. With the former extending another charming alchemical adventure toward self-actualization and the latter offering a Devil May Cry-like blend of hectic action, the titles are quite different. But with a Steam bundle were you can pick up both titles for forty-eight dollars, gamers are in for a potential treat, if the ports are capably handled. 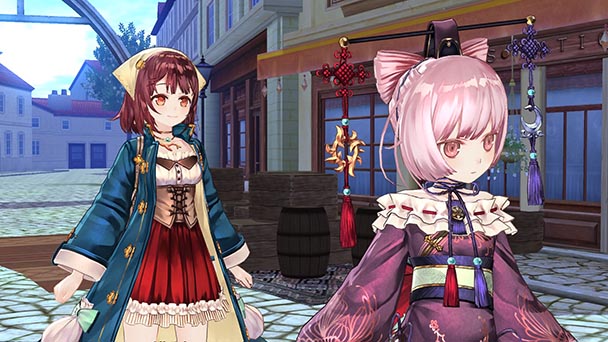