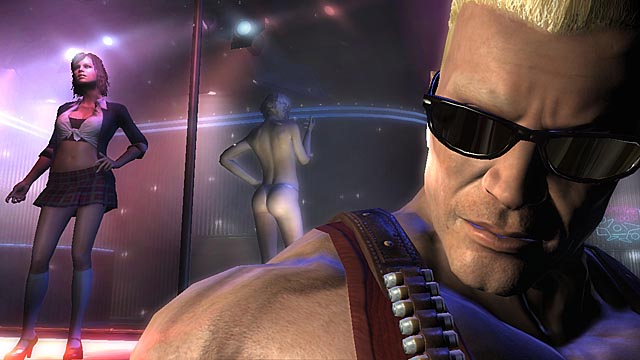 After securing a place on Wired‘s Vaporware award list a total of 9 times (even winning the Lifetime Achievement honor in 2004), the King is back, baby. Apparently, Duke’s resurrection was enough impetus to motivate another missing protagonist- eleven years after American McGee’s Alice, the raven-haired heroine makes a return to gaming with Madness Returns.

DesertEagle’s Pick: If I were to draw a Venn diagram showing the intersection of gamers who haven’t played the PS2, PSP, Wii, PS3, or Xbox 360 iterations of Pinball Hall Of Fame: Williams Collection AND are pin-loving 3DS owners, those two circles might look like they were merely touching. Set theory aside, I’ll probably be playing the game for the third time; hopefully next-gen console only table Tales of the Arabian Nights made the final cut.

BlueSwim’s Pick: Duke and Alice may be making their returns to gaming this week, but it’s Eden that’s the star of the show. Child of Eden‘s colorful, trippy art design has captivated me since the first time I saw it; it’s almost surreal. I’ve never seen anything in gaming that’s quite as unique and beautiful. If the game plays anywhere near as good as it looks, this one’s an easy recommendation. The spiritual successor to Rez is shaping up to be the perfect example of “games as art”.

SeanNOLA’s Pick: The other day, I got a call from my mom. As soon as I picked up she screamed “DID YOU KNOW THAT THERE’S A NEW DUKE NUKEM?!” I told her I did, and reminded her that first-person shooters have changed a lot in 10 years, and that she probably wouldn’t like this one quite as much, because it’s one of those “mouse shooters,”as she calls them. As disfunctional as it sounds, Duke Nukem 3D holds a special place in my family… Not sure how I feel about my mom playing a game with so many strippers nowadays though…