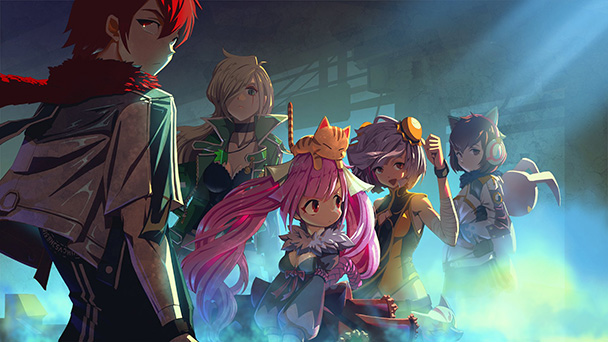 From appearances from Sonic, Alex Kidd, and Gilius Thunderhead in PICROSS S GENESIS & Master System edition to Godfall’s unconventional journey to the previous generation of consoles, this week’s new releases offer a few surprises. But there’s also a number of anticipated offers, with titles like Assassin’s Creed Valhalla, CrossCode, and the Xbox One and PC iterations of The Falconeer receiving obligatory DLC.

Rob’s Pick: There’s quite a few Picross/Pic-a-Pix/Nonogram titles on Switch. With user interfaces fairly standardized, the real distinction is the source material for the solutions. This week, PICROSS S GENESIS & Master System edition draws from the tranquil days of my youth, where afternoons were spent with Sonic, Alex Kidd, Ristar, Chuck D. Head, Axel Stone, and Altered Beast’s nameless Roman Centurion. While I struggle with resisting nostalgia, I might let the marketers win this round, since games like Dynamite Headdy seem all but forgotten these days.

Fans of DRL (aka DoomRL) might be happy that Jupiter Hell is coming out of Early Access this week. This is essentially a mashup of Doom with Rogue, offering a turn-based title where ranged combat and cover is emphasized.  Far too many modern roguelikes end in a death room, where the RNG has decided it has had enough of my middling and gathers a horde of high-level foes to teach me a lesson. That’s not the case with Jupiter Hell, which is consistently fair, offering enough weapon upgrades, ammo, and devices to deal with a group of bad guys. Few roguelikes let me pie a corner, going full auto on an assembly of adversaries. It’s one of the most accessible roguelikes I’ve played and I appreciate that. 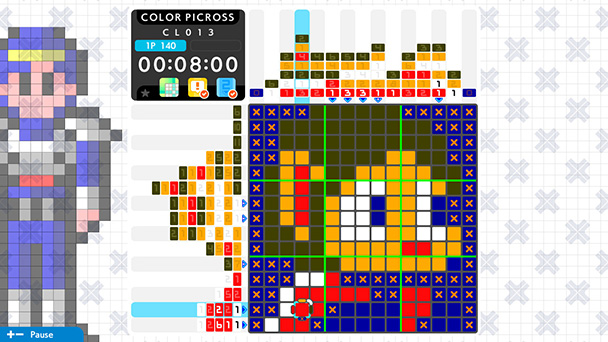 Ryan’s Pick: Procedural generation has really opened up a lot of different possibilities with games, and really has helped to grow the roguelike genre from a niche to commonplace over the past 15 years. Dreamscaper looks like it has everything I want in an action roguelike, plus graphically it definitely looks impressive in comparison to other games in the genre that have opted for a more retro aesthetic.

DREAM. DIE. WAKE. REPEAT. This is the tagline for this particular game as you work your way through dreamstate dungeons filled with nightmarish entities. The part that instantly got me interested in the game is how each ‘room’ of the dungeon transitions to the next. It definitely is pretty impressive visually, and likewise the battle and bosses look really polished. One other facet I like is that the leveling-up portion after you die takes place when you are awake. I feel like many roguelikes opt to have their home base areas fairly sparse, with the meat of the game being each seed as you run the dungeons. It’s a cool idea to double down on adding some of the story to the awake portion, plus integrating the permanent character powerups in that state. In general, it looks like a lot of fun.

I do also want to note that although it may not be for me, NARAKA: BLADEPOINT looks pretty fun, especially when there are a ton of players PVPing (up to 60) in a massive group. It reminds me of Dark Souls pvp mixed with some Samurai Warriors. I think that if you are into arena games or PVP this one could also be worth a quick look. 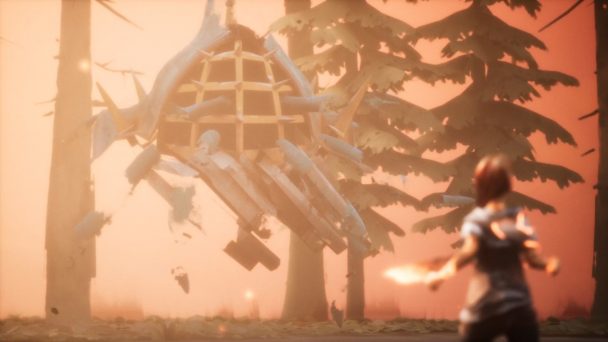 Matt S’ pick (Editor, DigitallyDownloaded): I don’t often get to talk about how much I love military strategy games, but as a Panzer Corps and SSI fan from way back it has long been a favourite genre of mine. So, in that context, I’m rather looking forward to Strategic Mind: The Pacific. It’s a game that features hexes and military ships duking it out in a turn-based fashion. And it’s on console! We don’t get all that many of those on console. The game went down quite well on PC a few years ago, so if nothing else it should be some serviceable tactical fun for a few hours.

Other than that, Shadowverse: Champions Battle is something that I’ve been looking forward to since Pokemon TCG on the Game Boy Color. I’m not even joking about that. TCGs have all gone down the online-first, “free-to-play” route, and while that’s fine enough, I’ve been aching for the TCG gameplay mechanics to be applied to a single-player, narrative-focused game for years (I’m not the world’s biggest fan of Yu-Gi-Oh, and that has been the only significant name in this space). Shadowverse delivers. Big time. The core mechanics are solid, the anime-style narrative is fun, and it’s something I can enjoy without having to deal with the irritations of human opponents.

Most impressively of all is that this game comes from Cygames. A mobile specialist that realised that the console version of their work needs to be handled differently, but they bit the bullet and did the work. That’s some genuine commitment to doing the right thing by the players by making the game fit the platform. 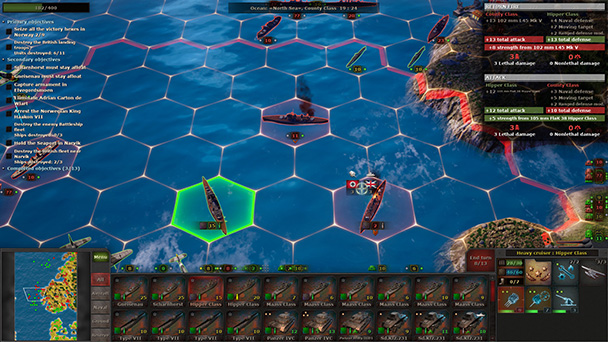 Matt C’s pick (editor, Shindig): The Mooseman was a remarkable game that, unfortunately, seemed to slip under a lot of folks’ radars. A side-scrolling adventure game steeped in atmosphere, it was a mesmerising journey through Finno-Ugric mythology, haunting and asurreal in the story that unfolds, backed by meticulous research and beautiful art and folk music drawing from that same pagan culture.

Black Book, the second game from The Mooseman’s developers, is a far more ambitious game—a sprawling RPG with a card-based combat system, complete with side quests and demon summoning—but carries the same commitment to authentic depictions of Slavic mythology. It follows a young witch-to-be on a journey to reunite with her deceased love with the aid of a demonic artifact, using her powers to help common folk along the way and explore Slavic folktales in the process. It’s backed by an in-game encyclopedia created with the help of expert anthropologists.

And for something completely different, there’s Button City. This cozy little game invites you to a bright, pastel-coloured diorama world to help a young fox and his new friends save their local arcade. A bunch of cute characters, fun little arcade mini-games, and a story about friendship, community, and treasuring what’s important to you make this a lovely way to drift away for a few hours. 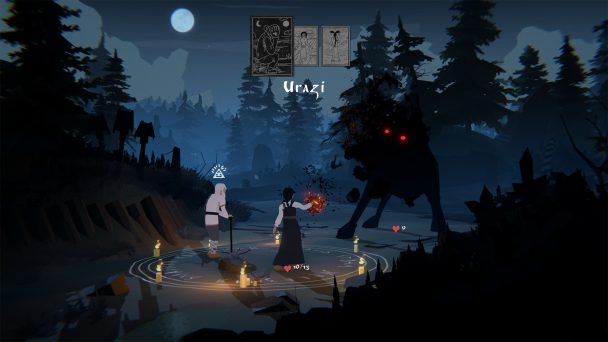