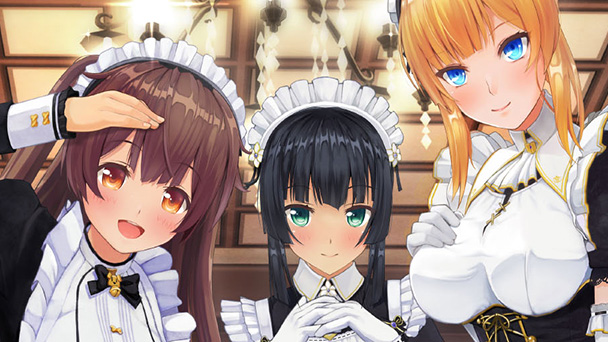 From helping villagers in Dragon Quest Builders 2 to beating opponents senseless in Lethal League Blaze, this week’s inventory of new releases offers a plethora of pursuits. If you missed Dead In Vinland, God Eater 3, or Skulls of the Shogun the first time around, you’re in luck. All three games are arriving on Switch this week alongside new titles like the Contra-esque Blazing Chrome and Advance Wars-like Tiny Metal: Full Metal Rumble.

Robert’s Pick: Dragon Quest Builders 2 nearly got picked this week, since I loved being able to rebuild Alefgard (site of the original Dragon Quest game) on the go with the original. I was never more than a Minecraft dabbler, but add role-playing elements on top of restoring a world, and I was hooked. But performance in the recent demo rekindled my fears for Square Enix’s slipshod ports. Instead, I’m going to give the nod to this week’s release of Tiny Metal: Full Metal Rumble. Also a follow up, the original provided Advance Wars reminiscence, while adding just enough deviation to stand on its own.

Full Metal Rumble does what any respectable sequel should- maintaining fundamentals while adding a bit more substance. In this case, that means more unit types (16 vs. 23) that contribute intricacy to the game’s puzzle-esque showdowns. Resource capture is still the dominant strategy on most of the maps, but from what I’ve seen Full Metal Rumble mixes it up. Expect a few hiccups at launch, but once the team gets things patched up, you’ll want to proceed and seize on this title. 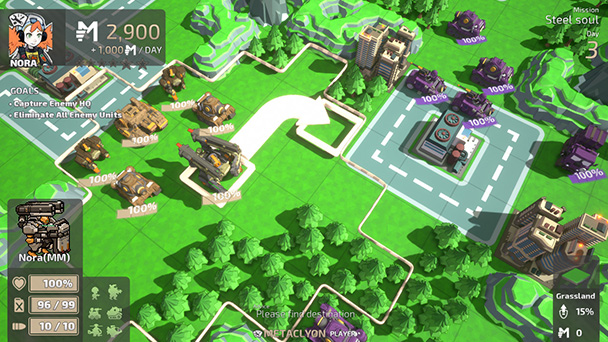 Azario’s Pick (Editor, Noisy Pixel): What better way to explore one’s imagination than in Square Enix’s Dragon Quest Builders 2? The game has all the ingredients for a grand adventure and more. By taking the tried and true mechanics of Minecraft, Dragon Quest Builders 2 adds its own unique action RPG features to make this an adventure that begs players to go on.

I might be a tad bit biased though, given that I spent over 150 hours in the original Dragon Quest Builders, but there’s nothing wrong with a little more of the same with updated features. The door is now open for players to soar through the sky and explore underwater and I am completely ready to dump another 100+ hours into this world. What’s ironic about all of this is that I’ve never really considered myself of fan of Minecraft. 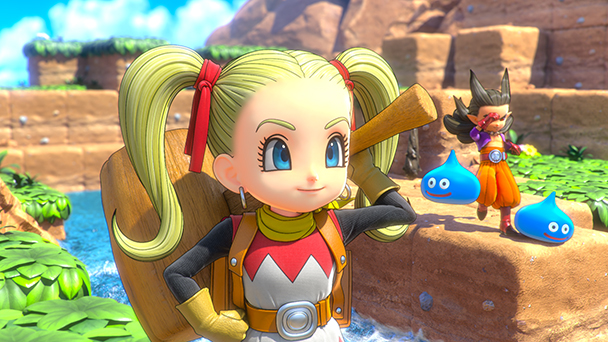 Ryan’s Pick: Blazing Chrome or Custom Order Maid 3D2 this week? It’s a tough call really, as both seem to have plenty to offer. If I absolutely must pick one, I’m going to have to go with Blazing Chrome. New to all consoles this week, this coop run-and-gun has a great soundtrack and some impressive visuals that both instantly make me think of Contra: Hard Corps for the Genesis. Custom Order Maids will have to wait a bit – although the game does look pretty well done with animated bust-ups and actual 3D environments versus 2D backgrounds. Anyway, back to Blazing Chrome.

JoyMasher really seems to have nailed the audio component of the game with some of the more bass-heavy sounds and synth notes in the music. Contra III for SNES obviously looked the same as Hard Corps, but it’s the sound that really made both games distinct from each other for me. Moving onto the visuals, I really think they were able to capture the art style of the early 90s, with the staple large bosses, vehicle scenes, and tons of large guns with massive sprite gunfire. Through some of their promotional videos they do say that you are able to unlock some other characters as well, like a Ryu Hayabusa-esque ninja or a female cyborg, so that is a good reason to play it through a few times. I myself will probably play as that no-nonsense robot Doyle. I think it’s his mohawk that does it for me. 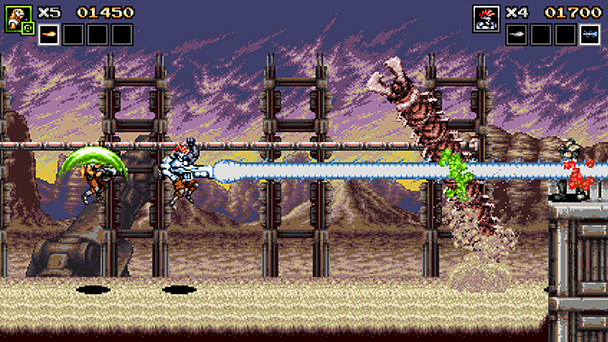 Matt’s Pick (Editor, DigitallyDownloaded): One of my favourite films of all time is Stanley Kubrick’s Eyes Wide Shut. One of my favourite authors is H.P. Lovecraft. At some point a game developer thought it would be a good idea to combine the two, and somehow, that game turned out to be brilliant. I played (and loved) Lust For Darkness last year when it was released on PC. Now it’s coming to Nintendo Switch and I couldn’t be happier, because it’s one of the most interesting and different horror games that you’ll ever come across, and having that on the go will be awesome. 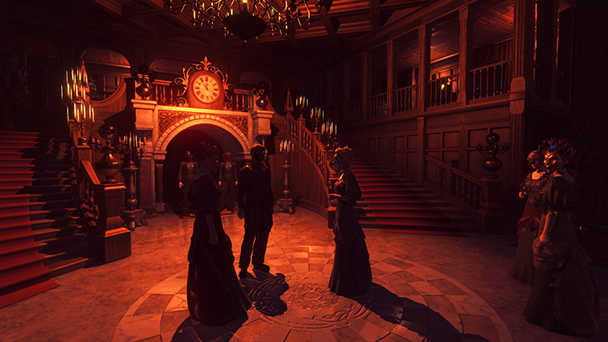