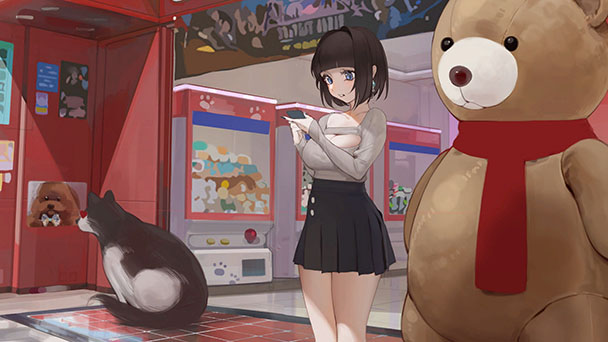 This week, Evil Genius gets ported to consoles, DEEEER Simulator: Your Average Everyday Deer Game wreaks havoc across suburban sandboxes, and Asterix & Obelix try to put their mediocre game career in the past. With Black Friday here, most of the year’s blockbuster titles have already been released. Which leaves us with a rather remarkable schedule of titles that range from DoDonPachi Resurrection to No Plan B.

Rob’s Pick: The re-release of a Cave shooter is almost always a reason to rejoice. While we still have a few weeks until Deathsmiles arrives (is it December 16th yet?), this week’s emergence of DoDonPachi Resurrection adds another prodigious STG to the Switch’s already abundant library. Like Livewire’s previous publisher effort, this is a port of the Xbox 360 iteration, meaning you’ll have access to Novice Mode as well as the quite divergent Black Label variant. Whereas 1995’s DonPachi invigorated the genre with fast play and even faster enemy bullets, DoDonPachi reinvigorated things by adding bullet canceling to the formula. If you’re a shooter fan, give it a go.

The other title I’m looking forward to diving into is No Plan B. Although other games have attempted to capture the nuances of a SWAT team performing a breach and clear, solo developer GFX47’s Gladiabots – AI Combat Arena blurred the line between strategy gaming and programming. Likewise, meticulous planning is the key to success, as you dedicate every movement and action for your team. As a devoted planner in real life, this looks to scratch that itch for reading contexts and concocting suitable preparations. Plus, I appreciate the inevitable reminder on failing to perceive a potential threat. 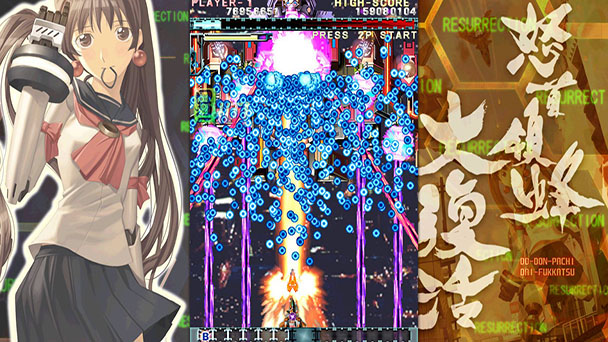 Ryan’s Pick: Pure levity has me pretty torn this week. After just watching the DEEEER Simulator: Your Average Everyday Deer Game reenact the Akira bike slide with a deer on a bike that pretty much was the exact bike in that movie, I may have found my game. But before I extend my deer neck and let physics take over, I wanted to also offer an alternative if simulator game mishaps and mayhem are a bit too much of the deep end for you. The Kickstarted indie first-person dungeon crawler Fight Knight looks awfully fun. It touts itself as being a first-person grid-based dungeon crawler that also involves real-time enemy encounters. It seems like an interesting combo, and the gameplay looks pretty fast and fun as you punch your way through dungeons. The music is also pretty unique and noteworthy, as it blends a lot of genres but still keeps a bit of the staple chiptune to it as well.

Slow-life Town-Destruction aficionados will be very happy with the recent release of DEEEER Simulator: Your Average Everyday Deer Game. While I’m not even exactly sure what that may mean, what is clear is that it appears that Gibier Games have coined a new genre name. I don’t have a lot of high expectations in terms of deep character development, battle systems, or even text in general with this one, but sometimes it’s okay to forego game stigmas and just enjoy things for what they are. I’ll always lift my head and give an interested eye at games that allow unscripted things to occur, so I will be enjoying a bit of the deep end with his simulator game this week. 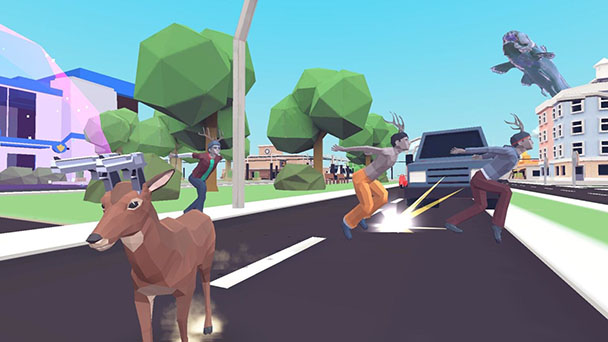 Matt R’s pick (editor, Shindig): I owe a lot to DoDonPachi Resurrection. Before that, bullet hells were this niche that I found fascinating from afar, but seemed far too daunting to ever try to break into. But when I got my hands on Resurrection when it hit PC a few years ago, I found the mesmerising joy of weaving through massive walls of brightly-coloured plasma and just getting lost in the meticulous chaos of it all. Even in Novice mode, I never got anywhere near a 1CC—I never even tried, really—but it was enough to just play and enjoy the beautiful madness. So it goes without saying that I’m very excited to revisit it on Switch.

And while we’re on the nostalgia trip: Asterix & Obelix: Slap Them All! Asterix was one of my favorite books growing up, but most of the attempts to make a game of it have been middling at best. Slap Them All looks like it could have the chops to finally do an Asterix game right, mostly by just going back to basics and focusing on what these glorious Gauls do best: beat the absolute snot out of the Romans. A classic, arcade-style beat-’em-up is just the right fit, and with hand-drawn 2D artwork and a story lifted straight from the original comics, here’s hoping Slap Them All can live up to the legacy. 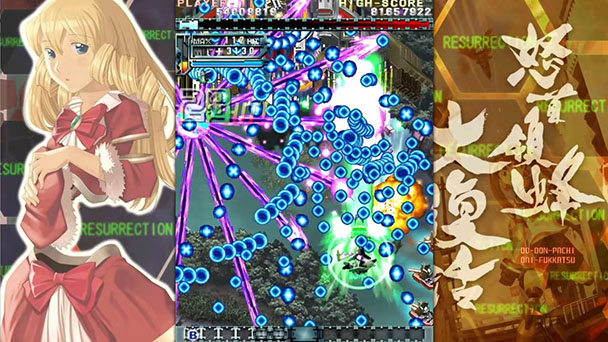 Matt S’ pick (Editor, DigitallyDownloaded): I tell you what, I am over the moon that this week doesn’t have ten different RPGs releasing. I can actually take a break. Well, relatively speaking. There’s still some games I want to check out. Most notably Asterix & Obelix: Slap Them All! Like other Matt, above, it absolutely fascinates me that no one thought to make a 2D arcade brawler using these two iconic characters, because that’s what they’re known for in the first place! This game really does seem to capture the spirit of the comics, and I am very much there for that.

While I’m talking about a nostalgic thing, I also highly recommend anyone that didn’t check out Nostalgic Train when it released on Switch earlier this year to give it a go on PlayStation. It’s a walking simulator, but where the bulk of those come from western game developers, this one is a very Japanese thing, and so, you’ll get a bit of culture into you as you explore this beautiful and melancholic world and experience the evocative stories within it. 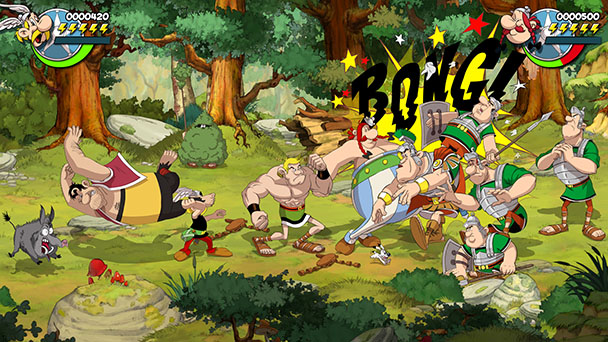