NASCAR The Game: Inside Line Review 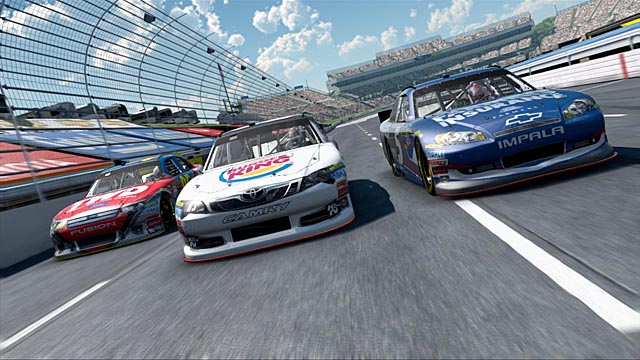 Not long ago, I would have preferred reviewing an entry in the implausibly prolific Petz franchise than to tackle another NASCAR title. While I emphatically enjoy an engaging racer, both EA Sports’ (NASCAR Thunder 2004, NASCAR 06: Total Team Control) and EA Tiburon’s (NASCAR 2005: Chase for the Cup, NASCAR 09) efforts failed to deliver more than just the fundamental tenets of the sport. Hours spent careening around makeshift approximations of famous speedways were often sullied by insubstantial physics modeling, rudimentary visuals, and a woeful obliviousness of the auto racing nuances.

Pleasingly, Eutechnyx’s NASCAR The Game 2011 strived to capture many of the sport’s subtleties. From the apprehension wrought from preserving a position amidst a pack of jostling cars, the elimination of painless passes on the high or low corners, and the telemetry used to recreate celebrated tracks, the title was a vast improvement over previous NASCAR interpretations. Regretfully, lackluster artificial intelligence and online hitches prohibited the game from garnering a devoted following. 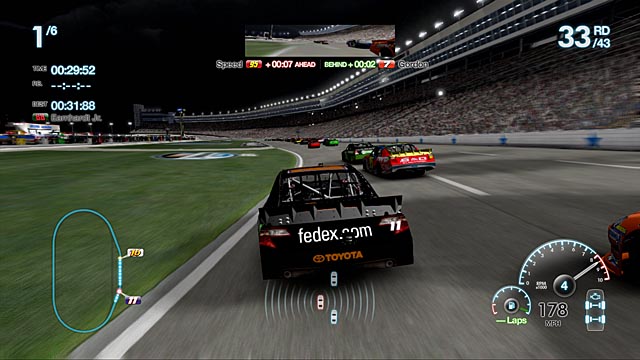 The recently released sequel, NASCAR The Game: Inside Line seems poised to win the affections of stock car racing aficionados by correcting many of its predecessors blemishes. While a few new complications have sprouted in the process, if Eutechnyx can stick to their previous patching regimen, the title certainly has the ability to earn a podium finish.

For NASCAR neophytes the title’s staunch sense of simulation might be a bit overwhelming. Although the game divulges a few racing fundamentals during a practice lap, the addition of an extended tutorial would have been helpful. As such, recruit racers will have to learn how to manage the competitive jolt capable of putting your rear in pendulous jeopardy. For those with a bit of stock car experience, the voice of their faithful spotter will offer the occasional affirmation, castigation, or helpful observation. 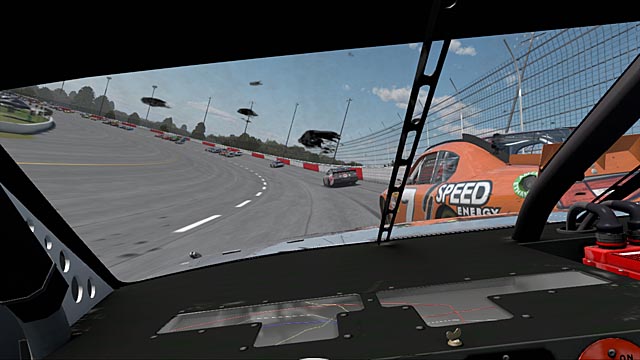 Jumping into The Line’s Career mode, players will notice several changes from last year’s approach. Players no longer step into the racing suit of a NASCAR luminary (although this option is available in Season mode); instead, gamers generate a custom driver determined to make his/her mark in speedway history. A schedule guides gamers through the itinerary of practice laps, car tunings, and qualification runs, while races podium bestow credits as well as the attention of primary and secondary sponsors across a multiple season trajectory. Currency can be spent on vehicular improvement, but the parity of NASCAR’s generation 6 cars means that each augmentation won’t radically change the performance level of your vehicle.  For obsessives, the title also offers a broad range of collectables, allowing players to purchase liveries, custom driver setups, pins, and decal textures for the game’s robust Paint Booth component.

Two of the principal quandaries which affected NASCAR The Game 2011 have been rectified this year. Whereas rival AI failed to provide a challenge in the previous iteration, The Line’s opponents are relentlessly aggressive- goading players with constant contact and assertive track positioning.  This year, CPU drivers are much better at evading wrecks and exhibit an increased sense of raceway awareness. Likewise, damage modeling has been enhanced; realistically misshaped and crunching metal, while DNFs are now possible after debilitating collisions. Strangely, I was involved in a several substantial wrecks which only incurred a minimal amount of vehicular mutilation. Woefully, the game’s engrossing career components revealed at least a few frustrating glitches. The Line’s algorithm for determining starting position frequently malfunctions, with players posting decent qualifying lap times and respectable duel positions relegated to the back of the racing pack. Large multicar crashes would sporadically freeze the game for a second or two, as if the game was calculating the course of skidding vehicles. 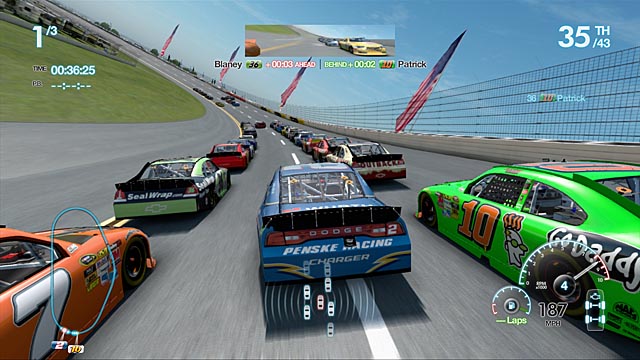 Beyond the game’s protracted campaign options, The Line also offers an attractive collection of solitary challenges.  The Highlights variant prods players with rewriting NASCAR history from the 2011, 2012, and (via download) 2013 seasons, tasking say, Mark Martin with beating Joey Logano to Pocono’s checkered flag. Head to Head mode spurs players to beat the beat lap times of renowned racers, extending over 400 different scenarios across a wide swath of history.

The Line’s ambitious multiplayer component returns, offering up to sixteen online competitors to race within a full fleet of cars. Augmented by practice sessions which allow for a bit of pre-racing tuning as well as the infamous ‘bubble’ glitch which affected side by side pack dynamics, the game worked out many of the most irksome anomalies. While the online experience is substantially smoother and helps to eliminate the influence of griefers, a few patchable problems remain. Matchmaking is still sluggish (although this might be change as more player jump into the competitive arena) and some peculiarities when the caution flag was raised were observed, although as a whole, The Line easily outperforms its predecessor. 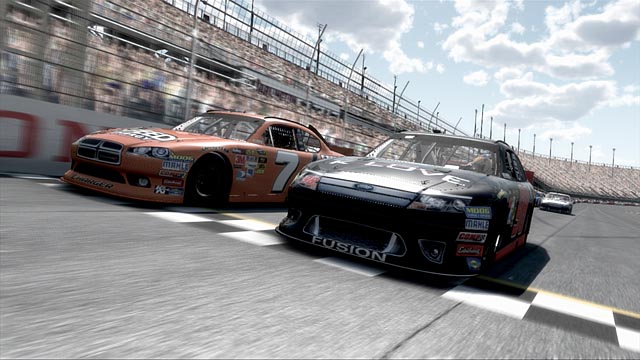 Much of the time, NASCAR The Game: Inside Line is firing on all cylinders, providing a cogently intense experience which will delight stock car simulation supporters. The threat and thrill of racing amidst a shifting pack has rarely been expressed as articulately as The Line’s competitions. Here, seizing a split- second window of opportunity or failing to manage a malicious shunt makes all the difference, ratcheting up the tension of each race. In the end, the game’s virtues are slightly undermined by the irregular glitch. Hopefully, Eutechnyx can eliminate these hiccups to deliver an experience worthy of a champagne shower.