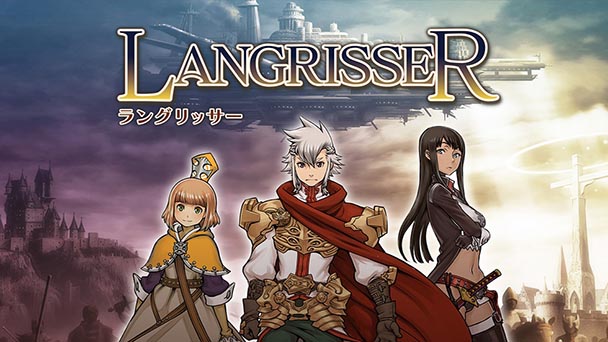 Not long ago, being a Japanese role-playing enthusiast in the West meant dealing with uncertainty.  After all, it was common for exceptional experiences to never see a stateside release. If you wanted to enjoy games like Valkyria Chronicles 3, Front Mission 5: Scars of The War, to Mother 3, that meant ponying up for a pricey import, and likely dedicating hours to the study of hiragana, katakana, and kanji. No wonder why many gamers took the path of less resistance, grumbling about the lack of localized versions to anyone that would listen.

But contemporary gaming is far different, with almost every competent role-playing title receiving publication on this side of the Pacific. And if the release of Langrisser Re:Incarnation -TENSEI- is any indication, the scales might even have tipped too far, with a lesser known, notably lackluster franchise entry making its way West. Delve into the Extreme / Masaya Games-developed title and you’ll likely wonder what prompted Aksys Games to publish this flawed title, especially on the heels of a significant superior SRPG. 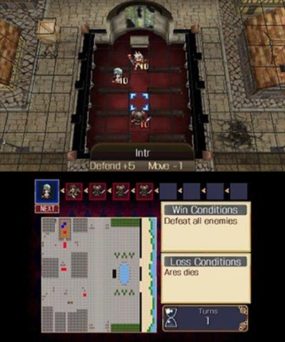 Certainly, you’d be forgiven for not recognizing the moniker. Although the series’ spiritual successor, Growlanser has gained traction across the globe thanks to a number of enjoyable entries, Langrisser hasn’t been as lucky. The only instance of an English version was 1991’s Warsong for the SEGA Genesis. But thanks to a foundation built from Western European lore and role-playing formula, Langrisser Re:Incarnation TENSEI’s narrative remains accessible.

After the game puts players through the customary, Ogre Battle-style personality quiz to establish stats, players are introduced to the game’s protagonist, Ares. For veterans, his backstory will be familiar: orphaned by the war, separated by his sister, and bashful around girls. Likewise, his current state of affairs feels like role-playing ritual, as a group of imperialistic troops encroaches on his serene town. But, Re:Incarnation’s plotting problem doesn’t stem it’s formulaic set-up. After all, the Star Wars series has shown there’s still gratification in the story of a rag-tag group of rebels who can topple a tyrannical empire. 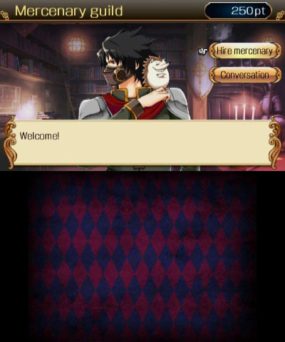 No, the issue is rooted approach to storytelling. Too often, new characters are brought into the emerging conflict between Light, Dark, and Imperial forces with too little exposition. While the ambition of each faction is expressed- with one group following a religious/militaristic ideal, another having control over an ancient artifact, and another trying to reverse enduring oppression, the determinations and personalities of individuals aren’t well articulated. That would be understandable if Re:Incarnation wanted to focused on battles, but early on its banter doesn’t provide satisfying exposition. Once players inch closer to the game’s triad of endings, there is more development, but its late delivery makes for some wearying early hours.

Storytelling aside, strategy role-playing games- like their heroes, are distinguished by their battlefield prowess. And Tensei is poised to disappoint players. Problems are entrenched in design, with a lack of information frequently conveyed to gamers. From item equipping to hiring single-mission mercenaries that can augment your party, Re:Incarnation habitually hides statistics from players, making it difficult to make strategic decisions. Although battle effectiveness is communicated Advance Wars-style, with a verbal and numerical expressions of risk, characters have to move perilously close to foes, or else study the game’s system of class advantages. 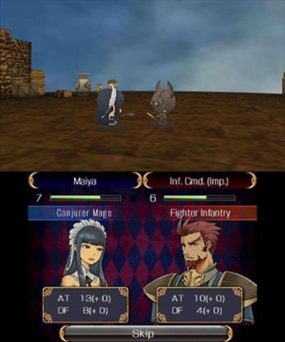 With variables like unit type, environmental variables, and bonuses from adjacent allies the title has some of the ingredients for engaging combat. Frequently, NPCs follow scripted actions that make each scenario feel epic. Commanders feel fittingly strong in skirmishes, and even can even heal and recover MP during when not attacking. But just as you slide into into the immersion of warfare, the game will do something to jettison the sense of enjoyment. Maps themselves are often far too large, requiring combatants to spend several turns just trudging toward each other. Certainly, the user interface doesn’t help things, with commands feeling sluggish. Irritatingly, the localization team didn’t even standardize button bindings, with “B” used to confirm each order.

Leaving the battle animations on, and you’ll wonder what the developers were thinking. Confrontations become animations between chibi characters who often look little like their portraits. Actual attacks are abstracted into the occasional flash of light or some cases, a character colliding with a team of bicyclists, making them all disappear. Ideally, Extreme / Masaya Games should have kept the two-dimensional side perspective of earlier Langrisser titles rather than creating something that looks like a bad PSOne prototype.

Elsewhere, visuals are mixed. Environments use bitmaps to create the look of previous entries, while Satoshi Urushihara’s character portraits offer enough fan-service to distract from the lack of any actual stereoscopic effects or squandering of dual-screen real estate in the game. Aurally, Noriyuki Iwadare’s soundtrack is one of the better components on the game with emotive tracks clearly inspired by the scores of cinematic epics. Given the game’s targeted audience, it’s not surprising that Re:Incarnation arrives with just Japanese voice-overs.

The Nintendo 3DS isn’t swimming in strategy role-playing games, but it’s understandable to get excited about the prospect of a slightly obscure entry making its way stateside. But sadly, Langrisser Re:Incarnation -TENSEI- is destined to disappoint. From laughable battle animations to the inability to reconnoiter battlefields and even an inability to un-equip items, the game feels unpolished and incomplete. Only those with the patience of a monk will want to wield Langrisser sword. 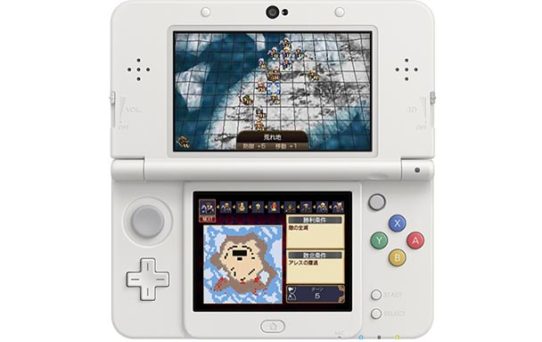 Langrisser Re:Incarnation -TENSEI- was played on the 3DS with review code provided by the publisher.

Langrisser Re:Incarnation -TENSEI-
Platform: 3DS
Developer: Extreme / Masaya Games
Publisher: Aksys Games
Release Date: April 19th, 2016
Price: $39.99 via retail or eShop
Language(s): Japanese voice, English text
Langrisser Re:Incarnation -TENSEI- review
Not long ago, being a Japanese role-playing enthusiast in the West meant dealing with uncertainty. &nbsp;After all, it was common for exceptional experiences to never see a stateside release. If you wanted to enjoy games like Valkyria Chronicles 3, Front Mission 5: Scars of The War, to Mother 3, that meant ponying up for a pricey import, and likely dedicating hours to the study of hiragana, katakana, and kanji. No wonder why many gamers took the path of less resistance, grumbling about the lack of localized versions to anyone that would listen. But contemporary gaming is far different, with almost&hellip;

Summary : It’s best to leave this Incarnation perish, and hope that Langrisser is born again with the polish that players deserve.