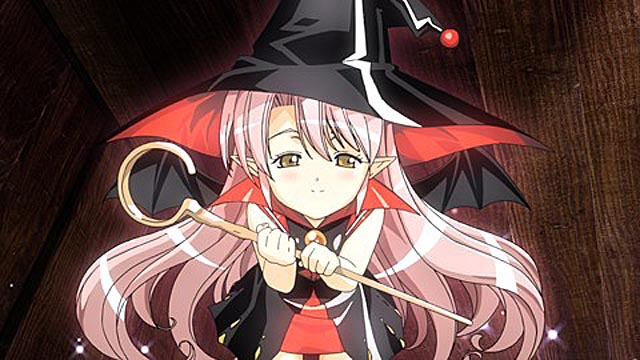 It’s a known fact: fans of Japanese role-playing games rarely arrive at a consensus. Whether it’s a disagreement over how combat should be articulated, the delicate balance of grinding, or even if amnesia still retains merit as a plot device, the genre contains few instance of accord. Yet, even a cursory overview of internet message boards would uncover one point of near-agreement: most fans admit that contemporary JRPGs can’t match the appeal exhibited by entries from previous generations. Any gamer who concedes to that sentiment would be wise to consider a download of Growlanser: Wayfarer of Time for their PSP or PS Vita, a title that is a beguiling memento from role-playing’s golden era.

Originally released in Japan for the PlayStation 2 during the concluding month of 2003, stateside publishers became reluctant to localize entries in the Growlanser series, following the U.S. release of Growlanser Generations, a compilation of the second and third franchise entries. An undeniably ambitious project, the translation costs of the compendium contributed to Working Designs’ economic downfall.  Wayfarer of Time‘s nearly decade-long absence means that the game reinvigorates many of the virtues of the 32-bit period, while also succumbing to a number of design choices of the era. 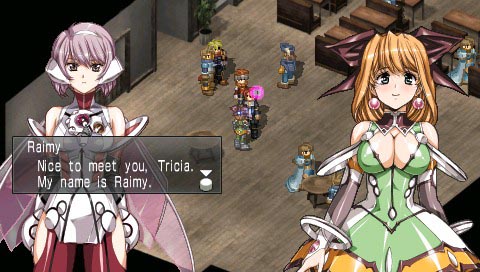 As the game opens, players learn of the history of Noyeval, a continent comprised of four warring countries. Over 2,000 years ago, the realm once held powerful technological and magic-based weaponries until angels decimated the territory, nearly annihilating the entire populace. Players assume the role of Crevanille, a stalwart, young mercenary sent to keep the peace in Noyeval’s southern jurisdiction, when the long-dormant angels attack once more. Regrettably, the game front-loads a majority of its narrative exposition, making the first few hours of Wayfarer of Time plod along. However, once players glean the game’s impetus and the training wheels are taken off of combat, Growlanser becomes an engaging good time.

Characterization, a pivotal component of any RPG, is exceedingly adept in Growlanser: Wayfarer of Time. Alliances and allegiances convincingly shift, with individuals following their own moral codes, instead of mechanically following Crevanille’s own ambitions. Conversations bring up dialog choices which influence how other characters will treat them, determine mission types, and help determine which of the game’s purported forty endings players will receive. Between assessments, players can even ratchet up rapport with associates in a system which recalls the mechanics of a dating-sim. Smartly, conversations feel organic, with players likely pursuing choices which match their own interpretation of Crevanille, rather than issuing responses which intentionally boost stats. 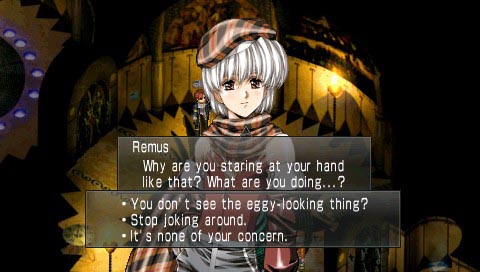 Those weary of traditional turn-based adaptations of conflict should savor Wayfarer’s distinctive battle system. A far cry from the systematic tit-for-tat fracas, the title’s combat is closer to how skirmishes are conveyed in real-time strategy titles. Both assignments and enemy encounters start with a menu of fundamental commands, allowing basics such as attacking, defending, item use and even movement orders guided by up to four waypoints. Closing the menu sends party members into action, with each teammate’s actions determined by a cool down timer. Once a cycle expires, friendly combatants can carry on with their orders or be re-assigned, elevating the tempo of each encounter. Although fights with wayward foes are straightforward, tasking players with identifying the weakness of an enemy, missions are more advanced. Here, players might have to halt the advance of opponents or activate a switch while interlopers try to stymy your efforts. Nicely, level grinding isn’t the solution to these challenges. Instead, players must pinpoint the proper strategic approach utilizing the inherent abilities of each party member.

Yet, for all of Wayfarer of Time’s virtues, the title does contain a few elements that will remind players of the advancements made my modern SRPGs. Venturing into labyrinthine dungeons doesn’t offer an automap, and save points are habitually located on the outside of the these locales. The absence of a quest log means that players will have to have to talk to every last NPC townsfolk to trigger a plot-pushing event, which feels antiquated given contemporary mission systems. Although some may fault with Atlus’ inability to license the Japanese voice over track for the game, Wayfarer’s written translation is skillful, conveying different social classes, levels of maturity, and personalities. Coupled with the game’s $29.99 MSRP and lush anime cutscenes, the absence of verbalized conversations doesn’t injure Growlanser: Wayfarer of Time’s overall sense of value, especially when the title offers the possibility of forty+ hours of play. Import aficionados who finished the original PS2 title way want to invest in this PSP iteration, which adds a number of well implemented supplements such as additional playable characters, key events, and extra endings. Thanks to the ability to perform a data install, Warfarer’s load times are dependably quick. 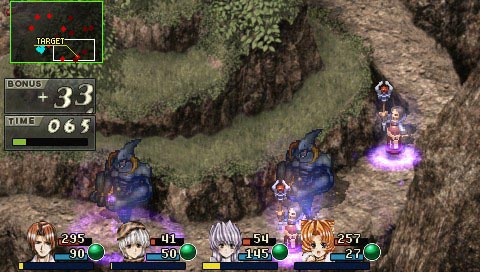 Growlanser: Wayfarer of Time is a commendable title, certain to be enjoyed by fans of classic role-playing titles. Although the game makes an obstinate first impression, once players surmount the game’s introductory phase, Growlanser showers players with an intriguing battle system, well-crafted story and dialog, as well as characters that are genuinely worth caring about. Games that that take a decade to reach Western shores can often feel archaic, so it’s pleasing that Wayfarer of Time habitually does its moniker justice.

Previous: New Releases for the Week of August 5th, 2012
Next: GoOL: Dead Or Alive: Ultimate