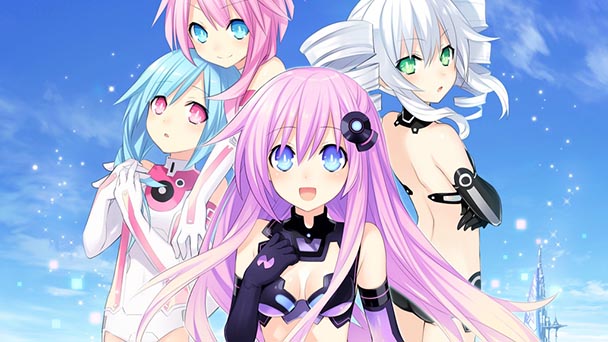 Most game franchises don’t achieve immediate, unreserved success. Instead, properties are conscientiously cultivated, with each subsequent iteration demonstrating an interchange between developers and fans. Case in point: when Hyperdimension Neptunia emerged stateside in 2011, the title delivered an exceedingly ingenious idea, offering an anthropomorphic anime-styled cast acting out a fanciful allegory of the seventh-generation console war. But while the storyline was clever, the title has its share of flaws, ranging from vexing design decisions to performance issues which diminished the game’s impact.

Gradually, a majority of those problems were jettisoned in the ensuing years. PlayStation 3 sequels Hyperdimension Neptunia MK and Victory steadily improved the game’s battle mechanics, taking the ability to heal away from AI characters and putting the power into player’s hands. Likewise, the ability the move around the battlefield was added, with Victory settling on an intuitive combo system during combat. Last summer, the release of Hyperdimension Neptunia Re;Birth1 provided yet another revision, this time mending many of the aesthetic flaws that plagued the original game. Given the evolutionary trajectory of the series, It’s not surprising that Re;Birth1 stands as the definitive highpoint of the series. 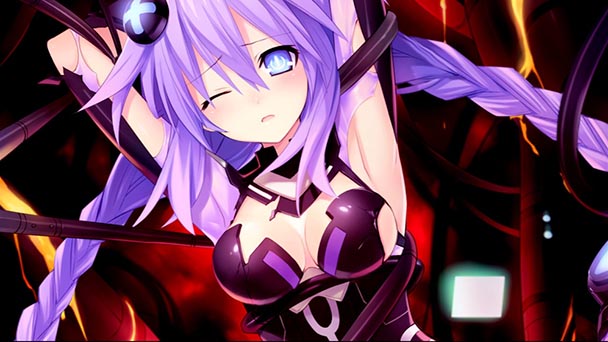 Following in Re;Birth1’s revisionist footsteps, is the release of Hyperdimension Neptunia Re;Birth 2: Sisters Generation, a title that reworks 2012’s Hyperdimension Neptunia MK. Originally released last January on the PS Vita, the title has now been ported to PC, permitting the platform to enjoy an accomplished RPG that extends an amble amount of allusions to the gaming industry. While a new niggles linger in the current build, Sisters Generation overcomes many of the coding complications of its predecessor, offering a worthy, reasonably-priced experience that will delight any JRPG enthusiast.

One issue that still persists from the source material: Re;Birth 2 largely discards Neptunia’s entertaining quartet of CPU Goddesses for a decidedly second-string team of CPU Candidates. Mixing devotion and self-doubt, lead Nepgear is a stanchly conscientious character, but she lacks the impish attitude that made Neptune a pleasing protagonist. Fortunately, this deficiency is balanced by an extensive roster of recruitable characters. Sure, NISA and Gust have been excised from Re;Birth’s retrofitted plotline, but between the playable Oracles of the Four Continents, and characters that reference Tekken, Pokémon, and beloved development studios like Falcom and Cave, there’s a steady supply of homage. One word of warning about the translation: Idea Factory’s localization takes a number of comical liberties. While purists might be perturbed, the approach results in a number of moments fated to tickle of an otaku’s funny bone. 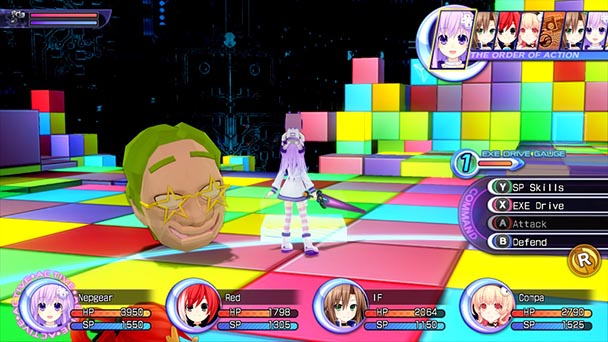 Like MK, Re;Birth 2 isn’t a true continuation of Hyperdimension Neptunia, instead taking place in an alternate universe. While there are a large number of continuities, other aspects have been changed. Whereas Leanbox, Lowee, Lastation, and Planeptune were once detached territories, each representing a different hardware manufacturer- here the regions are part of a single continent, exposing a bit of solidarity between longstanding rivals. Also existing on the landmass is the Gamindustri Graveyard, a zone which harbors a nefarious group known as Arfoire Syndicate of International Crime, or ASIC, a faction that been spurred by rampant piracy across the realm.

Previous efforts to combat ASIC proved fruitless, with the GPU Goddesses and candidate Nepgear becoming imprisoned is the process. As such, Re;Birth 2 opens with IF and Compa’s rescue effort, as the duo attempts to reverse the pestilence of piracy and defeat the acrimonious agency. Tragically, the team’s plans are undone and they’re barely able to escape with Nepgear. The retreat forces Nepgear to rethink her strategy, and instead of confronting ASIC head-on, she determines to assemble a roster of allies that can win take down the enemy through a succession of smaller battles. In execution, that means Re;Birth 2 follows the traditional role-playing trajectory, with players undertaking quests offered by NPCs and gradually building their stats through dungeon-based battles. 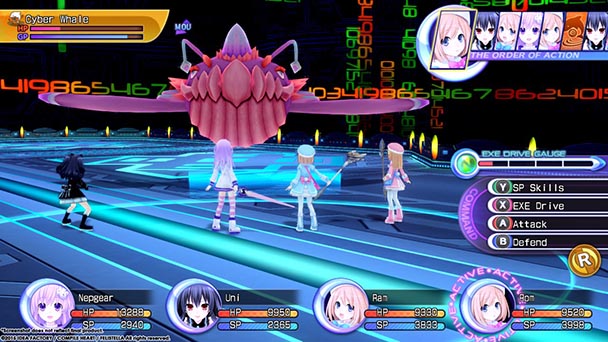 Mercifully, it’s not as conventional as it sounds. Re;Birth’s Remake System makes a reappearance. With this component, players can obtain plans from NPCs, which allow for core gameplay elements to be modified. As gamers gradually unlock addition disk space by progressing through the plotline, they’ll unlock the ability to do things like tweak drop rates and enemy difficulty, add new items to the shop, as well as modify dungeons. While Re;Birth 2’s level of difficulty is lower than its predecessor, the occasional back-to-back boss encounter can prove to be thorny. As such, Remaking can compress grind-times, with players turning on multiple modifications as once and reaping the rewards as several side-quests are simultaneously completed.

Stella’s Dungeon in another welcome addition. As the mascot for Re;Birth 2 co-developer Felistella, players select an equipment set and a venue before sending the character on an automatous adventure. Once the your PC has perceived the passage of time, Stella will return with new items, if you’ve outfitted her correctly. Underequip the dedicated adventurer, and she’ll lose her possessions, similar to a Rogue-like. While a great diversion, its difficulty might turn off a few gamers. Woefully, there’s a way to assuage the level of challenge 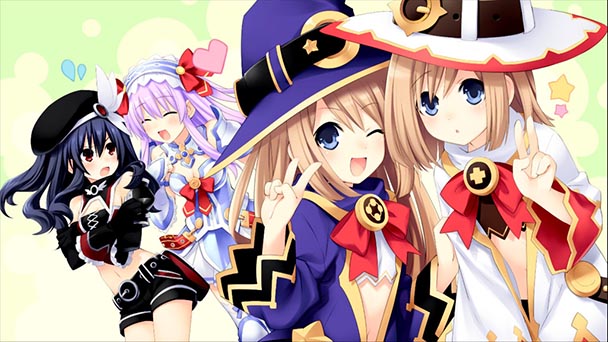 Re;Birth 2’s minions, who resemble iconic game characters from Tetris, Pac-Man, Dragon Quest, and even Brain Age, don’t put up too much of a fight. As well, the additional of a fourth party member helps to temper the difficulty. However, once players confront a boss, they’ll discover the nuances of the battle system. Here, players will have to utilize each of the three types of attacks, which either deliver quick strikes that gradually fill a Combo EX meter, Guard Breaks that ebb away at opponent shielding or Power Attacks devastate exposed enemies. Smartly, vanquishing villains isn’t simple- from guards that gradually heal to characters’ earning additional elemental traits as they gain experience, there are a number of minutiae to master.

Visually, Re;Birth 2 make a number of improvements to MK.  Gone are the polygonal, jaggy character portraits, replaced by attractive bit-mapped representations. The dodgy framerates that accompanied dungeon skulking have largely been remedied, with quests striving to keep a thirty frame-per-second benchmark, with only the sporadic drop in fluidity. Unfortunately, that goal is undercut during some of the game’s battle animations, which seem to have trouble showcasing the spectacle of the PlayStation 3 iteration. The title’s other aesthetic fault centers around asset recycling; not only do dungeons reuse elements, but a number of graphical and aural constituents have been culled from the original Re;Birth. 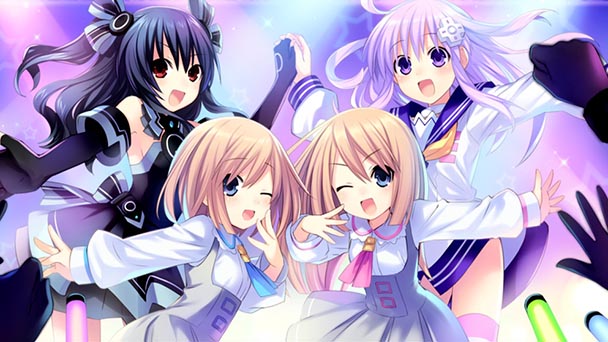 Although Re;Birth 2’s twenty-hour playtime might seem dwarfed by the duration of its predecessor’s campaign, a collection of nine endings espouses replay. Between this reduced commitment and a retconned storyline, Hyperdimension Neptunia Re;Birth 2: Sisters Generation makes a suitable entry point for newcomers, while giving Gamindustri groupies a reason to revisit the CPU Goddesses and their committed Candidates.

Hyperdimension Neptunia Re;Birth 2: Sisters Generation was reviewed on the PC with review code provided by the publisher.

Summary : Whereas Re;Birth1 completely revitalized the property, Hyperdimension Neptunia Re;Birth 2: Sisters Generation makes a number of welcome but not revolutionary changes. Still, the title is a worthwhile pickup for franchise fans.