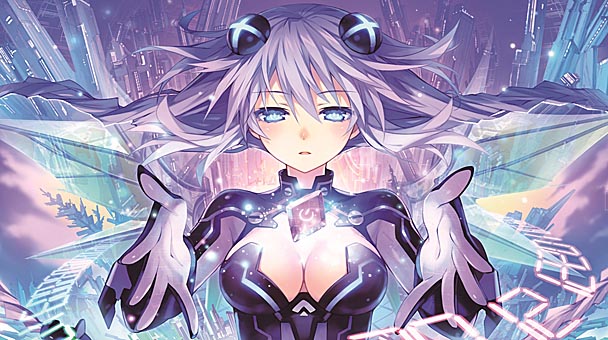 In concept, Hyperdimension Neptunia’s allegory of anthropomorphized consoles reconciling their differences to fight a common enemy might have been one of role-playing’s most creative themes. Yet, once players immersed themselves in 2010’s inaugural entry and its subsequent sequel, they had to endure an array of clunky design decisions. From the inability to directly control the use of healing and status-curing items, oft-monotonous dungeon crawls, to the abysmal framerate exhibited when exploring, co-developers Idea Factory and Compile Heart seemed content to sully the series’ moe-motivated charms.

Recent PlayStation 3 release Hyperdimension Neptunia Victory corrects many of the franchise’s flaws, allowing the title’s Hatsune Miku-esque characters to connect with fans. Although it’s a significant improvement over its predecessors, a few niggling blemishes thwart Victory from living up to its audacious moniker. That said, for gamers who have ever considered diving into the series’ imaginative interpretation of the console wars, the third entry makes an ideal starting point. 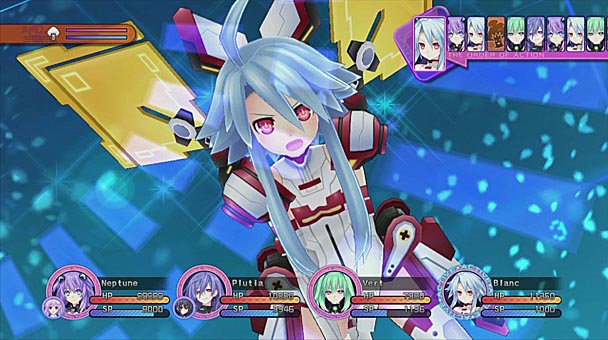 Initially, Victory’s plotline appears to be a continuation of the events from Hyperdimension Neptunia Mk, as the franchise’s four clashing characters carry on their archetypal bickering. For gamers who haven’t played previous installments, the intended representations are apparent- with the game providing both allusional names as well as semiotics identifiers. There’s Neptune- the title’s core protagonist, who represents SEGA’s canceled hardware platform. As such, she’s perpetually placed at a disadvantage.  The emerald and ivory colored Vert signifies the Xbox 360, providing comic fodder about her busty size as well as Microsoft’s botched ambitions to compete within the Japanese gaming market. Rounding out the contenders are the calculating Noire and traditionalist Black- who embody Sony and Nintendo’s platforms respectively.

Before long, the game relinquishes its contemporary context, transporting Neptune to an alternate dimension which symbolizes a late ‘80s era industry. While this retelling of the console wars delivers the series’ best extended metaphor, there are still a few problems. Victory shines when it offers commentary on the industry- whether poking fun at the PlayStation Network outage or even a self-depreciating remark toward Nepgear- the underdeveloped CPU candidate of Mk2. Likewise, the suggestive banter between the main characters bestows an ample supply of boob jokes, poised to please genre fans. However, when the dialog attempts amusing repartee, Victory’s conversations can drag on- often with any type of punctuating impact. The one saving grace of these exchanges can be found in Hyperdimension’s character art, which provides exquisite two-dimensional portraits. 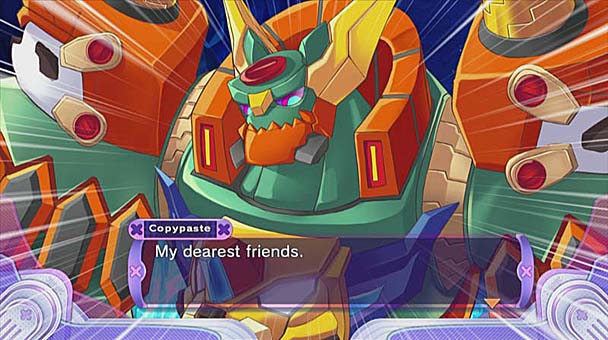 Complementing character chat is the title’s dungeon crawls, which extend a few notable improvements to the series. Combat shirks Mk2’s Action Points system, reverting back to the original game’s intuitive combo system. As such, the turn-based battles don’t deviate far from the developer’s preceding mechanics, with players moving party members around a circular field. Connected to the class-uninhibited heroines are hit boxes whose size relayed to the power of the character’s weapon; position a CPU just right and multiple enemies can be assaulted in a single satisfying strike.

The other core variable facing gamers is the use of three different types of attacks. Rush extends multiple hits, Heavy offers robust HP-depleting damage, while Breaks whittle away at a foe’s defense- offering the opportunity for devastating damage against an vulnerable enemy. Enjoyment stems from determining the effectiveness of different combinations against the game’s collection of adversaries. 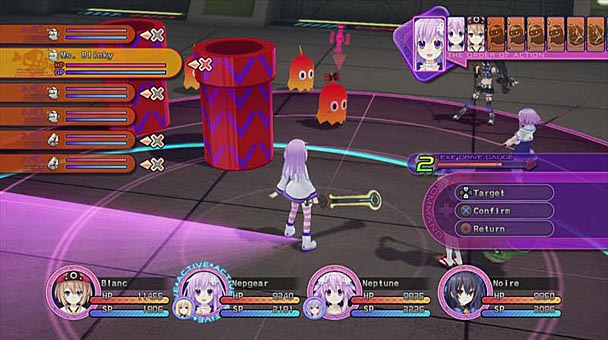 Small additions like stat bonuses for in-game challenges are a gratifying perk- rewarding player achievements such as not taking damage across multiple encounters. Cleverly, Victory keeps conflict interesting, using brief tutorial to explain each additional nuance that the game adds to its battle system. Equally as satisfying is the movement toward quicker clashes, with scuffles against normal opponents typically completed in a few turns. However, boss battles are the exception- with long, often infuriating showdowns lengthened by the regeneration health of rivals. Although the title does require a bit of grinding, level advancement for the party members comes a pretty rapid rate.

A bit of frustration can also be found in Victory’s quest system, which goads gamers into gathering items and hunting enemies across a variety of dungeons. While the title habitually communicates the locations of basic pursuits, more exotic errands can be harder to complete, with Victory keeping their whereabouts under wraps. To uncover the locale, players are forced to use the title’s Scout system, paying emissaries to reveal hidden items or creatures. Regretfully, the progress of scouts is only advances by entering a dungeon, forcing players to artificially urge the game’s clock forward. While the series has habitually recycled graphical assets, Victory’s prolonged forty-hour campaign makes visual repetition especially noticeable. As such, it can feel as if the game only as a handful of divergent dungeons. 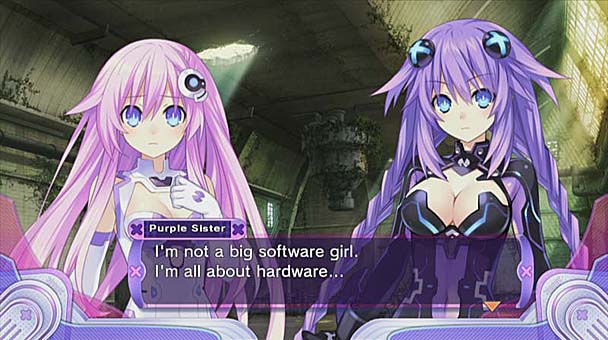 One of the reoccurring faults of the series- an uneven visual delivery has been somewhat remedied. While skulking though dungeons still produces a distressingly low refresh rate, the output isn’t as choppy as past iterations. And while the game’s signature HDD battle animations, where the main characters transform into fetishized, cleavage-flaunting combatants expose the occasional low-resolution texture, they move with an increased speed and fluidity. While not all of Victory’s dialog is spoken, NIS America’s customary option for dual-voiced audio is welcome. Impatient players may even install 4GB of data to their hard drive to shorten the game’s already succinct load times.

Lacking the polish and consistently sharp dialog of the Disgaea franchise or the genial charm of the Atelier series, Hyperdimension Neptunia has traditionally been NIS America’s subordinate series. With the third installment, it’s apparent that Idea Factory and Compile Heart have been listening to their audience, with a number of improvements now enriching the intermittently underwhelming IP. While lesser blemishes are still apparent, the collective sum of these faults isn’t enough to prohibit players from having a good time with Victory. 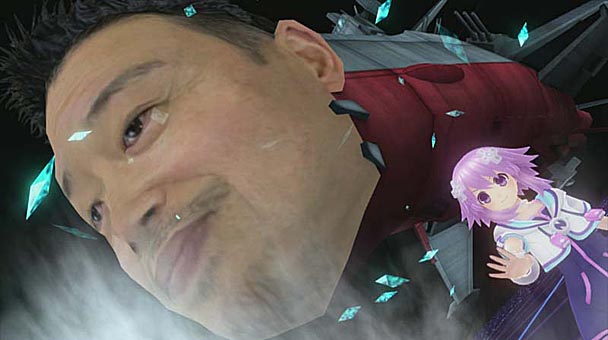