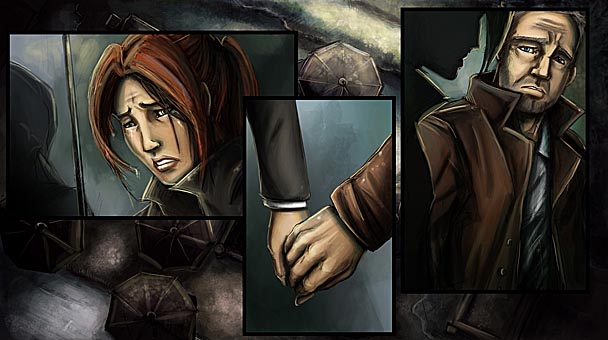 Cognition 4: The Cain Killer is the final installment of the Erica Reed Thriller series, produced by Phoenix Online Studios.  In Cain Killer the plot picks up where Episode 3 left off, delivering players into the action from the very beginning while still effectively communicating events from previous episodes.  As part of the introduction, players navigate through a series of flashbacks from the point of view of two different main characters.  This approach is successful because rather than watching a delivery of important information through prologue-type flashbacks, the game allows players to actually play through them.   This interactive-style prologue also plays through scenes and pieces of information that were previously only hinted at, which increases the robustness of the relationships between certain characters and lets players get a deeper understanding of character motivations.

Another novelty of the episode is a mood meter which keeps track of your relationship with other characters.  The meter shifts based on responses to the characters you interact with. While the system may lack the sophistication of some of the bigger games to have employed this device, their introduction of the more complex dynamic between characters highlights Phoenix Online’s commitment towards improving gameplay and ensuring player investment. 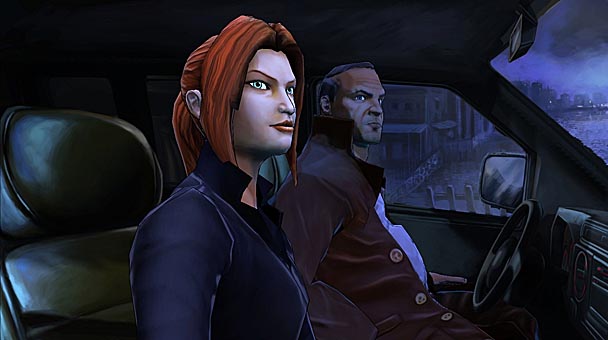 The episode also forces players to decide which dialogue is most important, sometimes with life or death consequences hanging in the balance.  Several times players are faced with a short amount of time in which to speak, and are only able to choose a few of the many dialogue options in order to gather intel.  Without the proper information, Erica might lose favor with an NPC or find herself at the wrong end of a gun.  Having to make the right dialogue choice puts the player in the shoes of the FBI agent and increases the suspense as well as the immersion in the game.

The story delivers a satisfying conclusion to the story, though there are a few emotional leaps which the game asks the player to make.  Certain stories and character elements are presented at a much faster pace than the rest of the game or the series, but it’s not so dramatic a difference that it loses the audience.   The only other weakness of the story line is that it takes a few small liberties in the form of psychological conclusions.  Players may feel as though some character developments jump suddenly to conclusions that weren’t foreseeable from previous episodes or interactions.  However the slight flaw is forgivable in light of where it takes the conclusion of the story.  Also, while reviews of previous episodes mentioned some minor but pervasive graphical and control glitches, happily, these have all been smoothed out in Cain Killer.  The game runs very smoothly and this allows the beautiful art style to shine more prominently as the backdrop to this thrilling detective mystery. 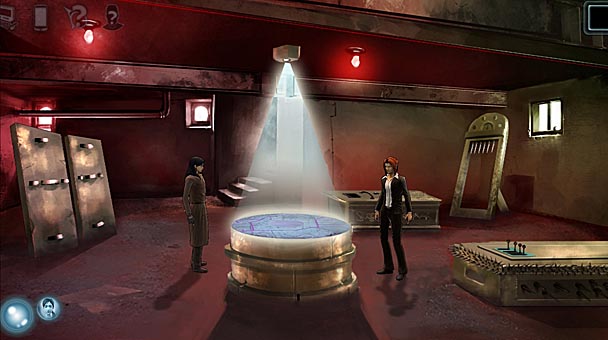 Where the game shines most is in its commitment towards the detective genre, the sophistication of the puzzles, and its continued improvement as a serious series.  While there are some puzzles which seem to demand an almost precognitive level of intuition in order to solve them, over all the puzzle difficulty and challenge have become more refined with each episode and the storyline is dramatic, compelling, and engaging.  Every episode has shown an increased level of polish and smoothness, and the story has remained captivating. Even though the game came out in multiple episodes, the transitions between episodes are so smooth that the story feels continuous.  Each episode is entirely enjoyable, and is playable in two to three hours.  This is especially convenient for those who have not yet encountered the series, as they will be able to take advantage of the shorter, multiple-episode structure.

The end product of Cognition is exactly the kind of thing you want to see from a Kickstarter funded project. Phoenix has been innovative with the dynamics of each successive installment and both the graphics and movement of characters has improved throughout the series.  This is especially impressive considering they’ve only had three previous episodes from which to gather feedback.  The game pulls players in effortlessly, and the puzzles are challenging without being impossible.  Phoenix Online Studios has worked admirably to produce a product that players will love, and the conclusion to the series is sure to leave players satisfied and eagerly awaiting the developers’ next release. 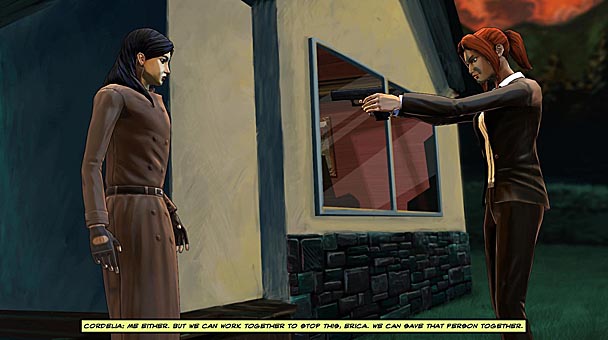 Cognition Episode 4: The Cain Killer was played on PC with a review code provided by the publisher.

Cognition Episode 4: The Cain Killer Review
Cognition 4: The Cain Killer is the final installment of the Erica Reed Thriller series, produced by Phoenix Online Studios.&nbsp; In Cain Killer the plot picks up where Episode 3 left off, delivering players into the action from the very beginning while still effectively communicating events from previous episodes.&nbsp; As part of the introduction, players navigate through a series of flashbacks from the point of view of two different main characters.&nbsp; This approach is successful because rather than watching a delivery of important information through prologue-type flashbacks, the game allows players to actually play through them.&nbsp; &nbsp;This interactive-style prologue also&hellip;

Summary : Cognition appeals to a wide audience, and overall this is one of the best Kickstarter-funded games to have come out.

Previous: Star Wars Pinball: Balance of the Force Review
Next: Digital Darwinism: How to Survive