Cognition: Episode One- The Hangman Review 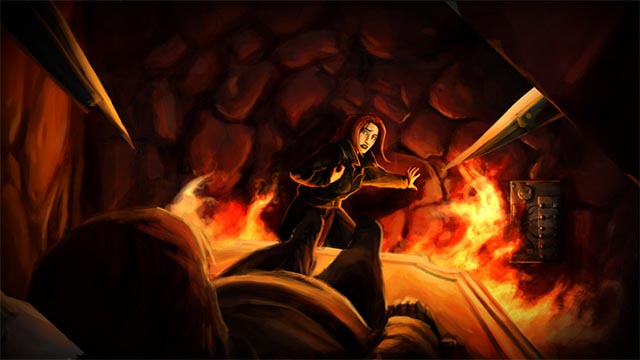 While perseverance isn’t uncommon in the game industry, the determination exhibited by Phoenix Online Studios is certainly exceptional. Established to craft a fan-crafted continuation of Sierra On-line’s King’s Quest series, the diminutive development team persisted for more than a decade- their ambitions sporadically threatened by cease and desist letters from both Vivendi and Activision. Although the subsequent quartet of freeware sequels were greeted with mixed reviews, the results demonstrated Phoenix Online’s unyielding tenacity. Following a successful Kickstarter campaign, the studio continues their revival of the point-and-click adventure with Cognition, a for-profit, four part episodic series.

Echoing police procedurals such as Homicide: Life on the Street, Cold Case, as well as Sierra’s own Police Quest, Cognition is a far cry from The Silver Lining’s jovial journeying. Part one opens with the game’s resolute protagonist, FBI Agent Erica Reed outside of a cemetery, on the trail of a serial killer who is holding her younger brother captive. After completing a couple of introductory riddles that grant access to a trap-laden crypt, Cognition quickly reveals its gritty side, uncovering a tense sequence teaming with menace. Although a majority of the game’s riddles aren’t timed, here Cognition throws two measured events at players to ratchet up the tension. Unfortunately, one of the these early challenges does little to articulate the urgency of a user command, likely resulting in a dispiriting demise for gamers accustomed to proceeding  through adventures at their own pace. 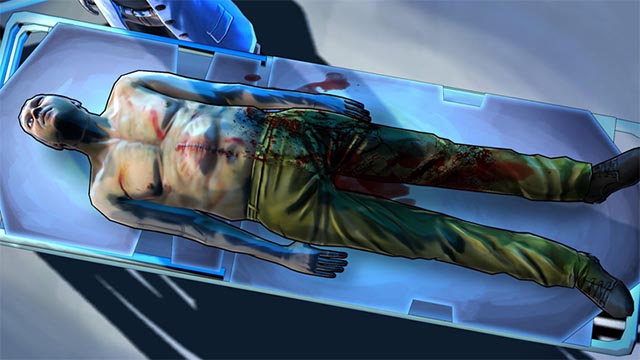 This backstory also exposes the title’s most interesting mechanic: Agent Reed possesses emergent cognitive powers, allowing her to peer into the past. Not only does this oft-debilitating aptitude make the protagonist more intriguing, but the device offers a divergence from the typical item combination and conversational permutations which drive most adventure titles. Later, Reed’s abilities are augmented further, offer two new schemes to overcome the game’s increasingly intricate puzzles.

As with many preliminary plots, the first episode of Cognition is burdened with introducing a roster of characters.  While the scope of secondaries will likely be broadened amidst future installments, The Hangman’s supporting cast feels fairly one dimensional, and too reliant on trope. John McCoy, your oafish trenchcoat-wearing partner, offers up inappropriately timed bits of levity. While it’s meant to convey his jaded, world-weary demeanor, the trite wisecracks disrupt Cognition’s otherwise well-crafted, habitually bleak ambiance. Likewise, FBI Director Madison Davies rigid dictatorial demeanor and the portly, bespectacled rendering of a tech wizard feel clichéd, especially where each is given a relatively brief role within the episode’s 6 hour playtime. 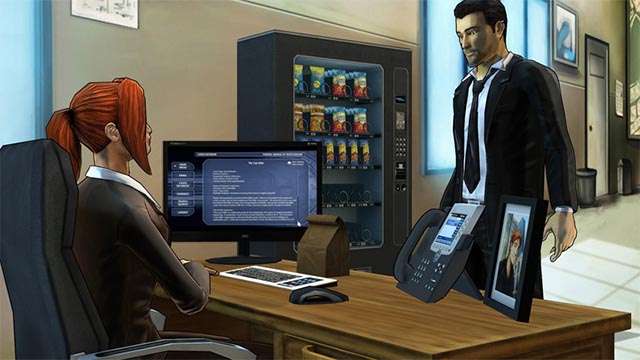 Worse is the atmosphere-sullying schism, where Cognition shifts between a bleak thriller rooted in reality and puzzles that evoke the whimsy of King Graham’s fantastic exploits. One example: a challenge that tasks Reed with sneaking into her superior’s office while a bevy of other adjacent agents are oblivious to her actions. Other situations similarly test the limits of feasibility, potentially pulling players out of an otherwise engaging storyline. To Cognition’s benefit, the forensic observations and analysis are delivered with enough acumen and jargon to sound wholly believable. Kudos to the team for doing their homework.

Recognition should also be given to the game’s user interface. An option to highlight points of interest across the game’s twenty or so locales will be pleasing to adventure game apprentices, while remaining out of the way for veterans. Using a cell phone motif, Cognition allows Reed to text her father for clues, reducing a need for a FAQ, while the in-game note screen is useful for jotting down crucial bits of data. 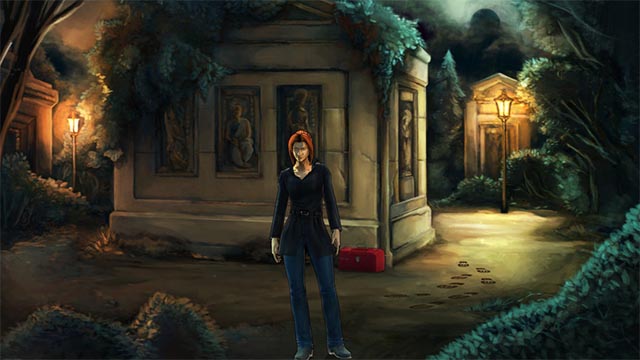 Occasionally, Cognition’s programming thwarts players from becoming engaged in Erica Reed’s exploits. Routinely, the game pauses for a few seconds before performing a command. While patient gamers will be able to overlook those flaws, obvious graphical glitches and trapped animation routines are less excusable. Those problems stated, Cognition’s aesthetics are commendable. The combination of hand drawn 2D art with polygonal characters is fairly seamless, saving for some glowing edges. Sonically, the Austin Haynes’ soundtrack is one of the best components of the package, delivering a number of key motifs which complement the on-screen adventure splendidly. The title’s voice acting is mostly competent, although the range of Boston accents vary in believability.

If players can look past Cognition’s imperfections, they’ll find an absorbing point and click capable of engaging fans of the genre. Between the protagonist’s miraculous ability and a prudent level of difficulty (coupled with an optional hint system), The Hangman certainly shows promise. Given Phoenix Online Studios track record for resiliency, future installments are a certainly. Whether these episodes will remedy the game’s technical blemishes is another mystery altogether. 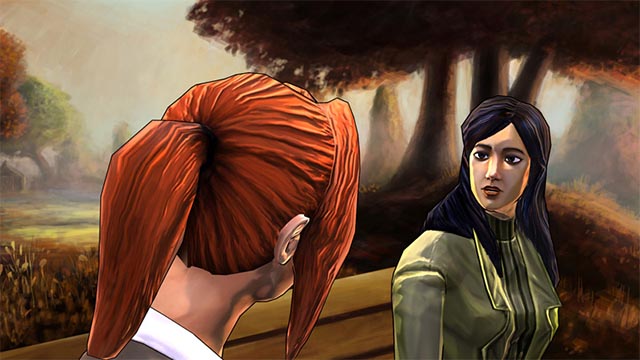