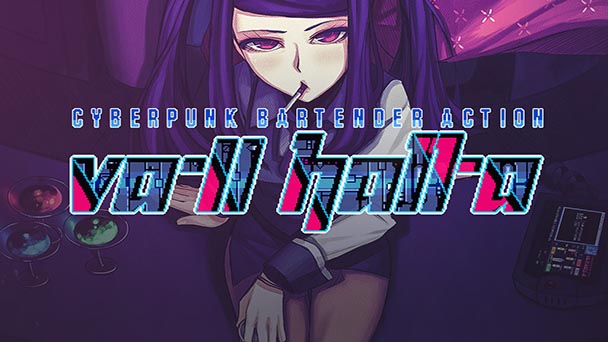 Gaming has an affinity for spectacle, with an output that often seems influenced by Hollywood’s procession of summer blockbusters. If there’s an opportunity to make the explosions bigger, the villains more malevolent, or the scope grander, developers habitually seize the chance. As such, VA-11 HALL-A: Cyberpunk Bartender Action feels distinctive. Instead of attempting to articulate another world-ending scenario or a hero’s familiar trek to the underworld, the game strives to capture the subtle rapport between bartender and patron. And while that might sound like an exercise in pretention, VA-11 HALL-A shirks pomposity, with dialog that routinely channels the lascivious.

A succinct text-based description details a dystopian context, where the populace is compelled to have nanobots injected into their body, permitting the ruling class to track and even control them. Glitch City, the game’s setting, undoubtedly channels Blade Runner’s futuristic Los Angeles, where Shibuya-esque commercialism is juxtaposed with dingy alcoves, shaping an ideal backdrop for the game’s gathering of cam-girls, sex bots, hackers, and detectives. Interaction takes place in two locales: the VA-11 HALL-A (pronounced “Valhalla”) bar and the makeshift apartment of the game’s protagonist, Jill. 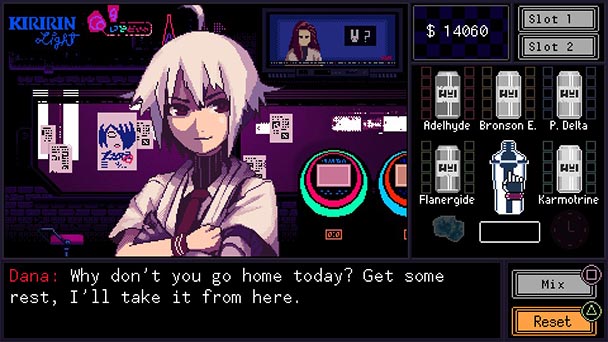 Wisely, the game shirks the typical omniscient expositional style that most games use to establish their world. Instead, the title’s world building is crafted through the dialog of bar-goers, each giving their own perspective on life in Glitch City. Naturally, each character has their own distinct assessment, lending a subtle Rashōmon-like outlook, with reality conveyed through the sum of multiple point-of-views. Overall, it’s a fascinating perspective, with most characters seeking some kind of escapism, whether it’s booze, exhibitionism, or even morally questionable kink instead of any kind of universal gloom.

Pleasingly, developer Sukeban Games doesn’t spoon-feed the player with an excess of details, favoring morsels of information that are unaffectedly embedded in each person’s conversation. Similarly, Jill’s backstory is told through a protracted style, as the bartender gradually self-discloses when she feels comfortable. While all these storytelling techniques are admirable, it’s the developers’ ability to resist an ostentatious ending that really deserves praise. After saving the world and defeating the big bad countless times, it’s comforting to see a conclusion that doesn’t feel overly melodramatic. 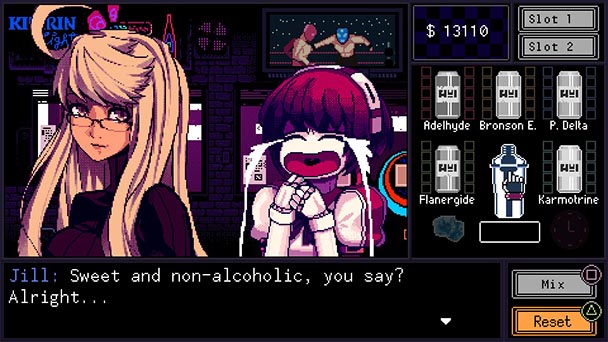 Most visual novels simulate interaction through dialog options, with characters seemingly responding to your selection. VA-11 HALL-A adopts an atypical approach, with your bartending have a large influence on interchanges. When a patron asks for a drink, you can effectively increase the amount of intoxicant. Unsurprisingly, upping the strength of the potable tends to make characters more loquacious, often leading to rambling outbursts that display their inebriated demeanor. But doing so might not deliver one of the game’s ‘good’ endings. Yes, unlike most VA’s which telegraph the outcome of every conversational choice, this game conceals the coding, making decisions feel organic and endowing replay with appeal.

Undoubtedly, some might take issue with the last element in the Cyberpunk Bartender Action subtitle; “Action” is a bit of a misnomer. Without any kind of time requirement, mixing drinks lacks tension- save for the sporadic instance of Jill’s on-screen recipe book becoming unavailable. Creating the cocktails means mixing the game’s five fictitious ingredients in various ratios, and optionally serving them on the rocks or artificially aging them. On the Vita, this can be accomplished with the left thumbstick or via the touchscreen, with both methods equally graceful. 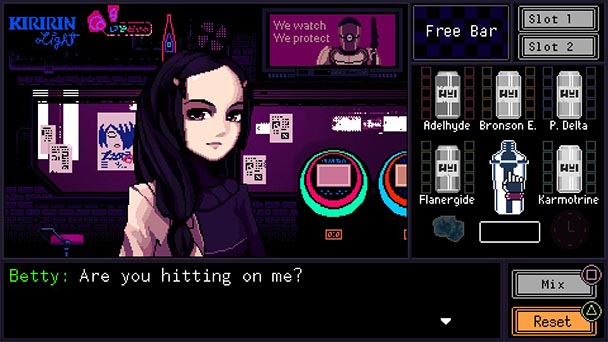 At first, making drinks might seem like a diversion to break up the rapport-building with patrons. But gradually, VA-11 HALL-A goads you into the role digital bartender, as you involuntarily memorize mixes and associate demeanors with different types of beverages. Cleverly, the title pushes you toward experimentation, and like any proficient bartend, you’ll likely make some insightful choices. Similarly, you get to select the playlist for Valhalla’s jukebox at the beginning of your shift, and characters astutely remark on your playlist.

If you let it, sight, sound, and mechanic confidently congeal, creating something quite special. Between the procession of quirky regulars that stop by, a mounting mastery of drink mixing, and a slow drip feed of information, the game manages to offer a true role-playing experience, shrinking the sense of incredulity that accompanies most games. Instead, there’s a fascinating sense of immersion, making VA-11 HALL-A a true role-playing experience and a requisite purchase for Vita-owning, visual novel fans. 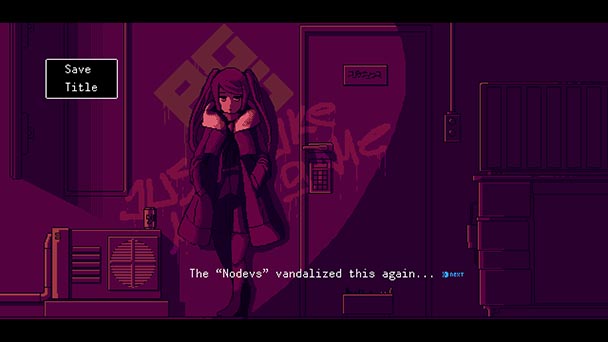 VA-11 HALL-A: Cyberpunk Bartender Action was played on
the Vita with review code provided by the publisher.

VA-11 HALL-A: Cyberpunk Bartender Action
Platform:
PS Vita, previously on PC
Developer: Sukeban Games, Wolfgame (Vita)
Publisher: Wolfgame (digital), Limited Run Games (physical)
Release date: November 14th, 2017
Price: $14.99 via PlayStation Store, $TBA via retail
Difficulty: Easy
VA-11 HALL-A: Cyberpunk Bartender Action review
Gaming has an affinity for spectacle, with an output that often seems influenced by Hollywood&rsquo;s procession of summer blockbusters. If there&rsquo;s an opportunity to make the explosions bigger, the villains more malevolent, or the scope grander, developers habitually seize the chance. As such, VA-11 HALL-A: Cyberpunk Bartender Action feels distinctive. Instead of attempting to articulate another world-ending scenario or a hero&rsquo;s familiar trek to the underworld, the game strives to capture the subtle rapport between bartender and patron. And while that might sound like an exercise in pretention, VA-11 HALL-A shirks pomposity, with dialog that routinely channels the lascivious. A&hellip;