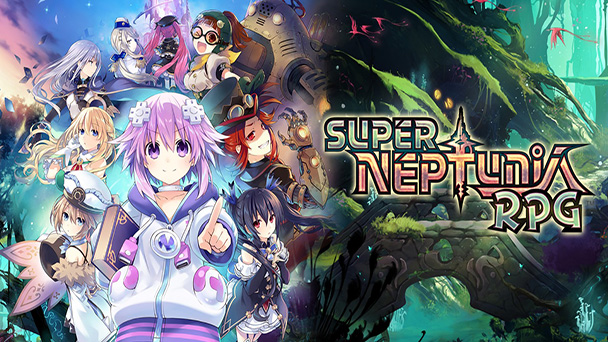 Sporadically, Hyperdimension Neptunia co-developers Compile Heart and Idea Factory endorse the use of character by other development studios. The results of these spin-offs often approach the quality of the main franchise. With titles such as Hyperdimension Neptunia U: Action Unleashed and MegaTagmension Blanc + Neptune VS Zombies Tamsoft pushed the property in new directions, freeing the four goddesses from turn-based role-playing and transporting them to action-based settings. Although neither game was an unmitigated success, Tamsoft meticulously recreated the whimsical spirit of the Neptunia universe, making each outing enjoyable for franchise enthusiasts.

With the release of Super Neptunia RPG for the PlayStation 4, Switch, and PC, developer Artisan Studios takes a few liberties in their depiction of Gamindustri. Whether this is intentional or simply the difficulty faced by a Western studio tackling the nuances of a Japanese series in unknown. What’s clear is that the title is an adequate role-playing game, drawing influence from some of the genre’s best efforts. But the game’s muted divergences might elicit disappointment from Neptunia die-hards. 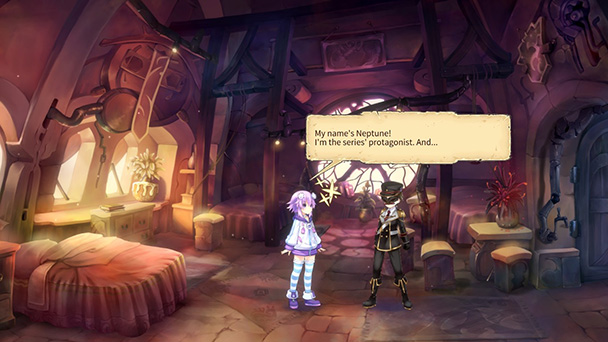 A Promising Plot but Wayward Characterization

The main franchise has habitually integrated allegory, with the property’s four leads representing anthropomorphized hardware from the seventh console generation. Pleasingly, Neptunia RPG’s plot seems rooted in one of the primary tensions of the previous generation. Echoing the real-life dissention between Sony’s desire to flaunt the three-dimensional capabilities of the PlayStation One and a faction of players committed to 2D graphics, Gamindustri is facing a similar conflict.

During the game’s introduction, an amnesiac Neptune awakens to find representatives from a group named Bombyx Mori in her bedroom. Committed to keeping things two-dimensional, they require citizens to produce 2D games as a form of tax. Unable to pay the levy, Nep is tasked with collecting taxes, while the organization punishes those who don’t create software in line with their retro ideals. 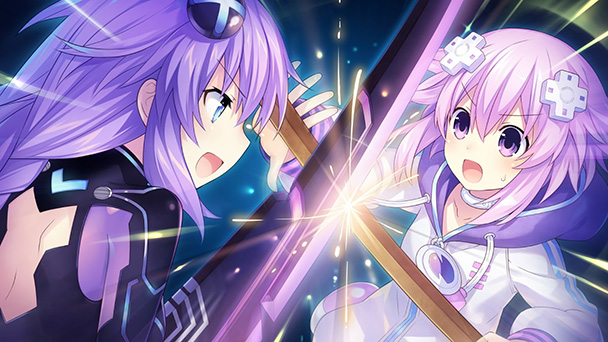 Certainly, it’s a set-up that’s rich for exploration, and seems poised to plumb the darker side of fandom. But largely, Neptunia RPG squanders it’s potential, with dialog that isn’t all that insightful and amusing only when it references other gaming works or breaks the fourth wall. Idea Factory’s own efforts can be long-winded, but there’s a reward after each interchange in the form of a joke or insight into the personality of character. Here, the payoffs aren’t as substantial or as frequent but feel like a succinct mimicking of series exposition.

Worse, the Four Goddesses don’t quite seem like themselves, acting like doppelgangers struggling to imitate the real thing. Nep Nep comes across as oddly mature at times, while Blanc and Vert’s habitual bust-size debates are minimized. Ever Noire’s traditional tsundere tendencies have been toned down. While players might expect innovation, occasionally Neptunia RPG veers too far from convention, with attacks and enemies that are much more pedestrian than the outrageous Keiji Inafune cameo or even the multitude of foes procured from the annals of game history. 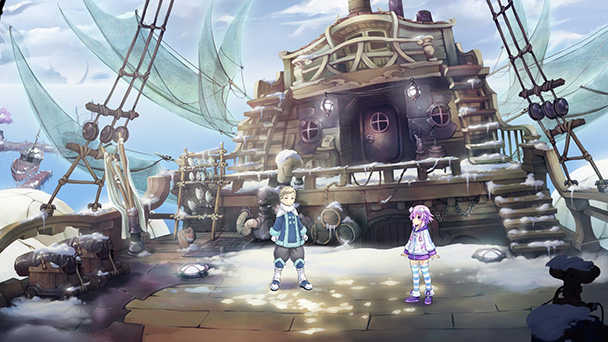 Artisan Studio’s decision to depict Gamindustri in a flat perspective is an idea with plenty of potential. For Super Neptunia RPG, it’s obvious that the developers toiled to bring Tsunako’s exquisite character design to life. Although the girls move with a bit of marionette-like gait, the game eliminates the schism between dialog portrait and 3D polygonal model. Here, cutscenes allow Nep and the girls to emote, and even on the Switch’s diminutive screen, seeing the tiny character express confusion or anger is irrationally cute.

But a few issues emerge from Neptunia RPG’s adaption to two dimensions. The first makes city navigation a bit unwieldy. You’ll first notice troubles while in Lastation, which has a multitude of forking paths lined with quest-offering NPCs, item shop, and other habitats spread across each elevation. Getting from one trail to another isn’t always intuitive with the presence of one-way junctions. 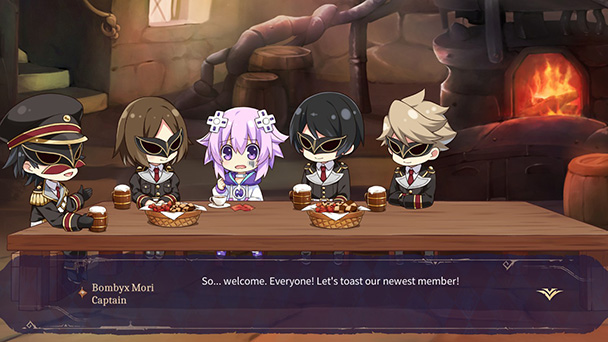 But the bigger problem is when Neptunia RPG aims to ape the mixture of role-playing and platforming popularized by Valkyrie Profile. Navigation is habitually unwieldy, with frustrations emerging when you’re jumping across environmental gaps. There’s little of the leniency found in dedicated platformers, and you’ll often find yourself falling, especially when you’re tasked with gathering a specific number of collectables in a brief timespan. Some might find further frustration in the game’s visual ambiguity. Occasionally, it can be difficulty to distinguish what is a platform and what just part of the background. Luckily, the difficulties become lessened once you’re given a double-jump ability.

Drawing distinction, Neptunia RPG shirks the traditional turn-based battles of the series, opting for a system built around active-time battles. Diamond-shaped arrangements of up to four allies are regulated by a shared AP gauge that gradually refills over time. Once one of your party members has enough action points to attack, face button icons illuminate over their head, with a tap ordering an assault on a selected foe. 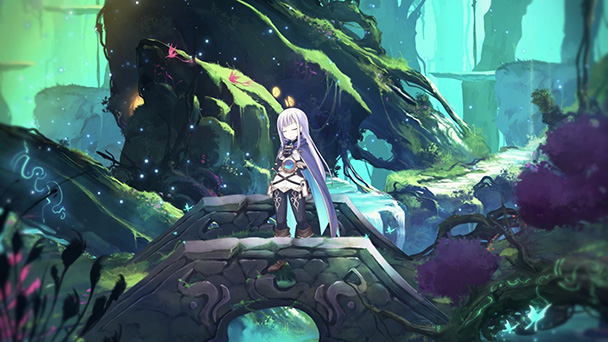 Nuance is rooted in the incorporation of formations, where a trigger press rotates through four different sets. By doing this, you’re able to cycle through different styles of attack, with each set providing a different bonus based on their leader. While some of the Goddesses favor physical attacks, others provide proficiency with magic, healing, or support. And you’ll need to exploit enemy weaknesses, since the right kind of attack provides an AP bonus that can put your team in an advantageous position.  When coupled with HDD transformations and break attacks, battles are enjoyable, especially once the party is brought together.

The skills that characters bring into battle are acquired two ways: either by learning new abilities or through equipping certain items. Since weapons, armor, and accessories are worn for a period of time before abilities are acquired, Neptunia forces player to make critical decisions about their possessions. All too often equipment in role-playing is an unsophisticated affair, with new items consistently better than old ones. As such, the sophistication that Neptunia brings is welcome.

Small Issues on Each Platforms

While play on PlayStation 4, PC, and Switch didn’t produce any crashes or game-breaking bugs, there’s a wealth of small glitches that might undermine the experience, even with the presence of a post-release patch. Collision detection seems to be a universal problem across each system, reducing the enjoyment of the game’s platforming. On Switch, slowdowns seem a bit more prevalent, although the most recent patch reduced the number of the instances. Sonically, there’s still the occasional issue with audio playback, which inhibits the game’s proficient, dual-language voice acting.

Despite a number of inelegant design decisions and some executional flaws, Super Neptunia RPG isn’t devoid of merit. With a solid, if simplistic combat system and a notable approach to equipment, there’s gratification to be found, as long as your keep your expectations grounded. While Neptunia might not delight franchise enthusiasts, it’s still on par with other attempts by Western developers to ape the virtues of Japanese role-playing, much like Battlechasers: Nightwar. 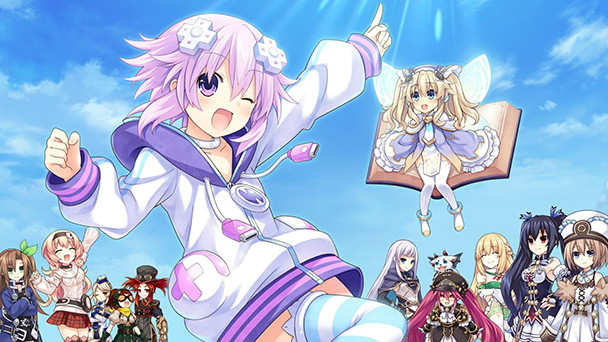 Super Neptunia RPG was played on PlayStation 4, Switch,
and PC with review code provided by the publisher

Super Neptunia RPG review
Sporadically, Hyperdimension Neptunia co-developers Compile Heart and Idea Factory endorse the use of character by other development studios. The results of these spin-offs often approach the quality of the main franchise. With titles such as Hyperdimension Neptunia U: Action Unleashed and MegaTagmension Blanc + Neptune VS Zombies Tamsoft pushed the property in new directions, freeing the four goddesses from turn-based role-playing and transporting them to action-based settings. Although neither game was an unmitigated success, Tamsoft meticulously recreated the whimsical spirit of the Neptunia universe, making each outing enjoyable for franchise enthusiasts. With the release of Super Neptunia RPG for the&hellip;

Summary : While it’s invigorating to witness collaboration between Eastern and Western developers, Super Neptunia RPG dilutes the strengths of studios on post sides of the Pacific. It’s not bad, but it fails to cultivate the kind of partnership that could bring Nep and the Goddesses to new audiences.