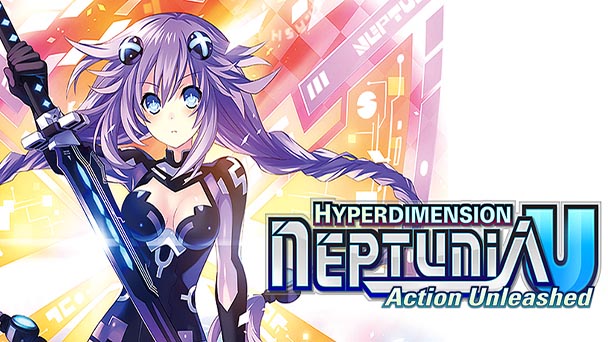 On console, the Hyperdimension Neptunia series has provided a consistently engaging experience, blending amusing allegory, comical banter, and engaging play mechanics that are rooted in role-playing convention. But far more remarkable are the Console Patron Units’s portable offerings, which placed Neptune, Noire, Vert and Blanc in idol simulations, strategy role-playing titles, and in the case of Hyperdimension Neptunia U: Action Unleashed, a spin-off that drew inspiration from Omega Force’s Dynasty Warriors franchise.

Developed by Tamsoft the studio behind fan-service drenched titles such as Onechanbara: Bikini Samurai Squad and Senran Kagura Shinovi Versus, the PS Vita title saw the goddesses undertaking missions which had them hacking, slashing, and shooting their way through swaths of foes. While the gameplay might have felt derivative to musou veterans, a handful of appealing variations, a pleasingly level of polish, and a healthy dose of moé made the game an easy recommendation for Neptunia aficionados. 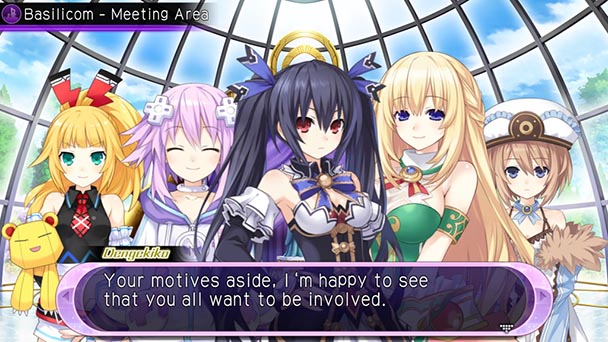 But PC ports, with a history sullied by constrained or uneven framerates, resolution issues, and even confounding crashes are a different story. As anyone who has played through one of Koei-Tecmo’s Windows-based can titles attest, much can be lost in transition. Whereas console and portable titles often extend relatively seamless experiences, shoddy PC ports can make challenging to appreciate the original work. For some, that’ll be the case with this version of Action Unleashed.

Unexpectedly, the game’s plotline shirks the traditional doomsday scenario that persistently puts the fate of the goddesses in peril. Instead, Gamindustri’s resident reporters, Dengekiko and Famitsu find themselves embedded with the sisters, writing regular articles on their daily exploits. Unsurprisingly, when foes start appearing in large quantities, Action Unleashed finds itself in familiar territory, with an enigmatic enemy scheming to put an end to the Goddesses reign. 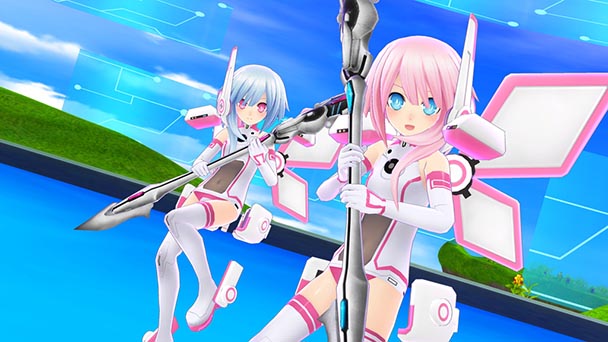 For some, Neptunia’s tendency for loquaciousness will be a small issue. While the game is teeming with oft-comical allusions to the actual game industry and self-referential humor, the visual novel-like sequences can be long-winded.  When there are payoffs (with Unleashed referencing everything from the Kinect to Famitsu’s propensity for high-scoring review scores) the extended conversations are excusable- but when it’s just simple exposition, players might be tempted to fast-forward their way to the next mission. While Idea Factory’s localization is commendable, franchise fans will notice that the source material is a slight step down from Compile Heart’s typical output.

Once players accept a quest, conversation gives way to heated combat, with each girl equipped with a normal and strong attack that can be used to initiate a variety of creature-crushing combos, as well as the ability to jump and evade enemies. Predominantly, missions revolve around pulverizing opponents and beating bosses, although there’s the occasional item hunt and assignment which say, tasks players with uniting two remote foes, before slaughtering both in a single combo. Masterfully, each protagonist’s arsenal feels distinctive and is reasonably balanced, helping to bolster a sense of variety in combat. 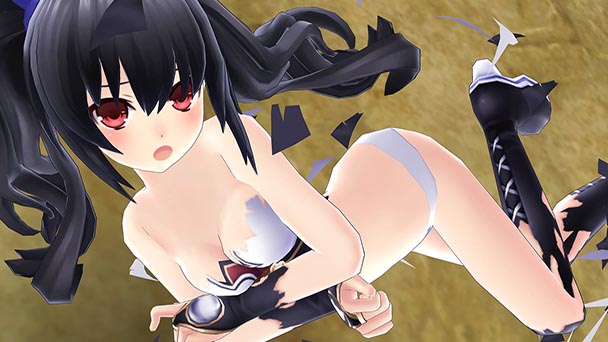 Often, players will be able to choose two combatants from their roster of big and little sisters, as well as anthropomorphized versions of Dengekiko and Famitsu. With a key press or downward tap on the directional pad, players can instantly switch characters, allowing the tagged-out character to regenerate their health while they wait off-screen. In the interest of variety, Action Unleashed will occasionally produce a constraint, obliging characters to take a specific protagonist or limiting the party to a single brawler.  Rarer is the sporadic quest which doesn’t announce its winning conditions, forcing players to try different techniques in order to conquer the mission.

Nuance comes in a few forms. Demolish enough opponents or produce enough combos and you’ll fill your EXE Drive Gauge. Once this meter passes the half-way point, characters can transform into their HDD forms, raising their stats and delivering devastating strikes than can overwhelm a cluster of opponents. Flanking the EXE Drive Gauge is a costume icon, which when it flashes red, warning players that their girl’s clothing is about to shred, revealing a bit of midriff, as well as bras and panties. Strangely, the Goddesses display a hint of modesty, as losing their attire might drop their defense stats, but their embarrassment allows for easy criticals and a quick fill of EXE Drive. More prudish players can shirk these short-term advantages by finding God Robe-like clothing that’s immune to ripping. 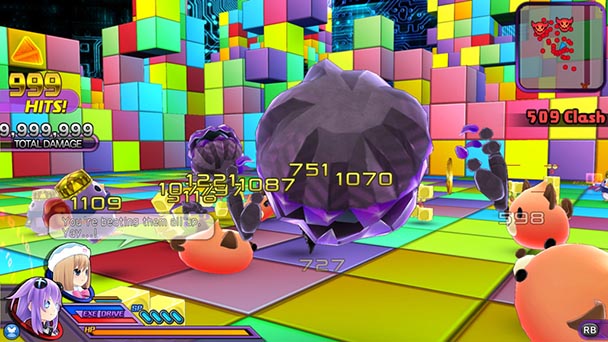 The sole flaw in combat stems from enemy AI routines. Habitually, Action Unleashed’s foes shamble after the player, only becoming a threat when their character’s damage output can’t keep pace with the number of newly spawned foes. While Dynasty Warrior’s opponents aren’t exactly battlefield virtuosos, Action Unleashed’s combat boils down to the protagonist’s experience level. Tackling higher level foes only alters the amount of health each enemy strike incurs, rather that requiring players to master new techniques. As such, gamers can grind their way through the main campaign, as well as the game’s too beefy bonus post-game components. Another problem stems from the battlefields themselves. Instead of having an overarching goal like the Warriors games, advancement pauses until players exterminate all the enemies from a specific zone. As this can get tedious during protracted play sessions, Unleashed works best in small, bite-sized portions.

Depending on your rig, Action Unleashed can exhibit aesthetic competence. On our i7/ GTX 770 desktop and 950m-powered MSI laptop, the title performed commendably, with an unwavering sixty frame-per-second delivery and 1080p fidelity. But with the resolution turned up, ground textures were notably pixelated, inferring that Tamsoft reused the assets of the Vita game. On other (primarily AMD-based, but also NVidia-powered) machines, Action Unleashed wasn’t as well-behaved, exhibiting graphical oddities or even crashing to the desktop. Because performance varies so wisely, we recommend buying the game from Steam, where you can apply for a refund if Unleashed gives you problems. 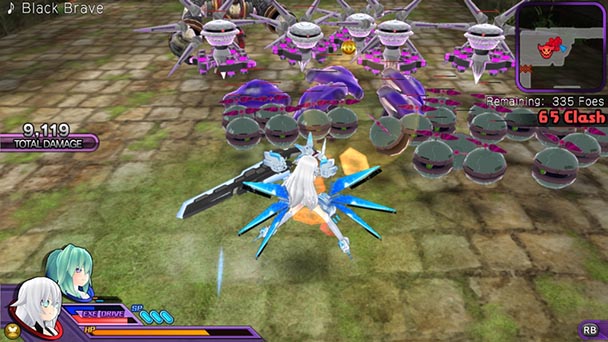 Like many musou-based games, tedium can be tougher to overcome than any boss character. Hyperdimension Neptunia U: Action Unleashed tries to confront this menace with a unique movesets, a tag-team play mechanic, and gauges that provoke players into slicing through thousands of antagonists. It largely works, but only if Action Unleashed can run without issue on your machine.

Hyperdimension Neptunia U: Action Unleashed was played on the PC with review code provided by the publisher.

Summary : Lu Bu, you had better watch out, there’s a new contender on the battlefield and she looks a lot better in shimapan. Hyperdimension Neptunia U: Action Unleashed delivers the musou tenets, which a fan-indulging amount of moé.