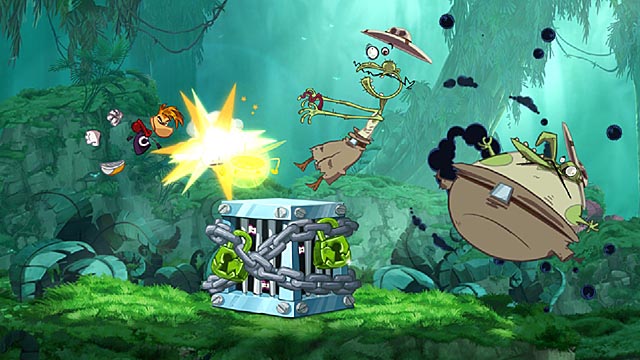 When launched alongside the original PlayStation, 1995’s Rayman demonstrated the relevancy of an attractive 2D platformer alongside several ostentatious three-dimensional games. Regretfully, last year’s brilliant follow-up, Rayman Origins, didn’t quite have the same opportunity. Pitted against heavily marketing triple-A titles like Uncharted 3: Drake’s Deception, Batman: Arkham City, and The Elder Scrolls V: Skyrim, even near-unanimous critical acclaim wasn’t enough to elevate the title above an onslaught of solemn competitors. As such, Origins was quickly devalued to a sub-$20 price point.

With the release of a proficient port of Rayman Origins for the Vita, the game receives a much deserved second chance- albeit with an increase nearly back to its original MSRP.  Yet, when a title consistently inspires brazen smiles and reliably charms with imaginative level design, it’s easy to overlook little things like cost. Those assuming that the hop-and-bop genre is no longer germane are implored to discover the title’s copious charms. 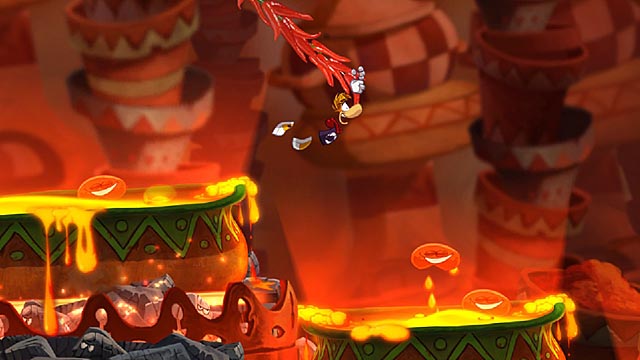 Set across five main realms (along with an optional, final world) which range from verdant tropical jungles, gastronomic-infused lands, to mountainous locales, each environment tasks the game’s protagonist with freeing a confined nymph. Once Rayman locates the sequestered sprite, she confers a new skill to the hero, granting access to subaquatic stages or even imparting the ability to run up walls. When all of these talents are uncovered, another five worlds become available, followed by a final boss stage. In all, Rayman Origins contains sixty-six levels to explore, offering a nice sense of variety amidst an escalating level of challenge.

Although Origins’ difficulty ratchets up during the final third of the title, by the time players reach that point, they will have had plenty of training in preparation for the ultimate test. Like the console versions, the Vita iteration’s controls are spot-on, offering the ability to guide Rayman with either the directional pad or analog stick. Obsessives will be gratified to know to collecting every last Lum is made easier by the portable’s touch screen controls, allowing taps to capture the elusive beings. Additionally, players can adjust the size of the viewing area with a simple pinching gesture, which is useful for admiring Origins’ meticulous detailed stages. Miraculously, the visuals of the console version have been adapted without sacrifice, allowing the title’s vibrant parallax playfields to come alive on OLED screens. 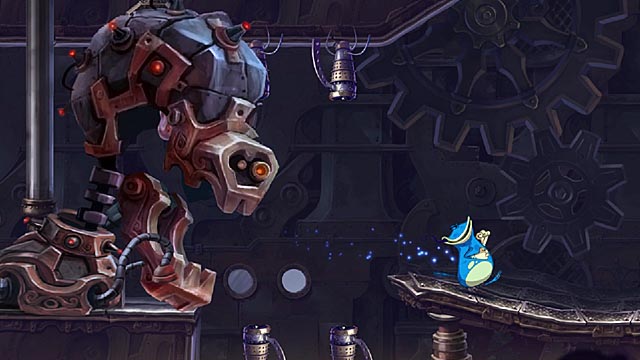 One key element that is missing from Rayman’s transition to the touchscreen is the local multiplayer component. Working together to defeat enemies while still struggling to collect the most Lums, allowed console gamers to straddle the divide between cooperation and competition, and nurtured some spirited play sessions. Regretfully, ad-hoc multiplayer has been removed in place of a Ghost Mode. This supplementary converts the title’s stages into cutthroat speed runs, with the ability to post your best times on the Vita’s Near application. Additionally, players can collect and trade pieces of giant murals, recalling the 3DS’s Puzzle Swap.

With contemporary gaming obsessed with dystopian worlds cast in drab brown and grey hues, Rayman Origins’ vibrant, whimsical world is a sunny reminder of a halcyon past. Brimming with charm and fastidious polish, the title has made the jump from console to portable without misstep, much like the game’s own titular hero. With stages which breeze by in ten minutes or so, Origins’ is an impeccable addition to the Vita’s burgeoning library. 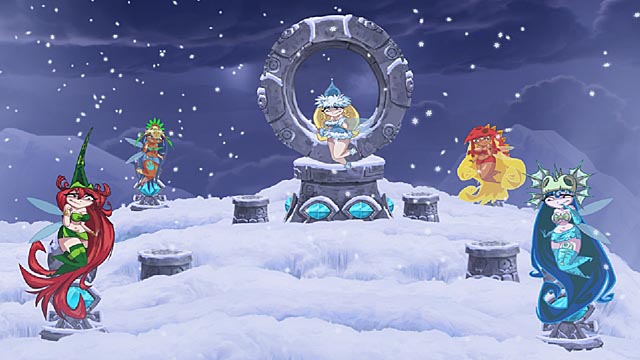