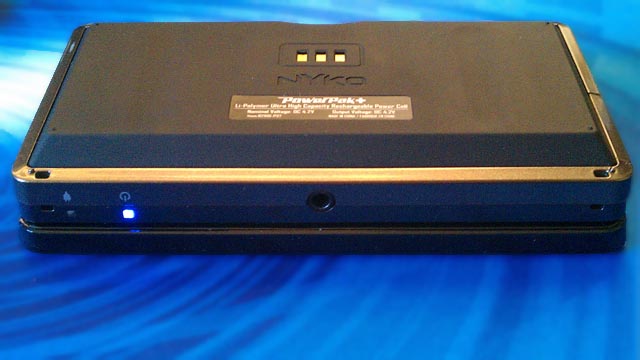 Following the recent price cut of the 3DS to $169.99, there’s still one lingering caveat with Nintendo’s portable:  battery life. Between scouring for StreetPass tags, sending and receiving data across a Wi-Fi connection, and illuminating a three-dimensional display, the unit’s power gauge seems to perpetually hover near empty. Accessory manufacturer Nyko hopes to remedy this flaw with the PowerPak+, an affordable add-on which claims to double the portable’s battery life.

Using a tiny phillips-head screwdriver which comes bundled with the PowerPak+, users remove four minute screws on the back of the 3DS.After this, comes the most difficult step- detaching the battery cover and pulling out the 3DS’s old power source. Like most consumer devices designed for minimal internal access, both the cover and battery fit snugly, necessitating a leveraged pry with a long, skinny eyeglass screwdriver. Finally, users place the PowerPak+ in the cavity, securing the hardware by tightening the quartet of bundled screws. It’s recommended that player stow their old parts in a Ziploc bag for safekeeping, since the case contains 3DS serial number which might be needed for trade-in (although another copy of the serial can be found on the bottom of the battery well). 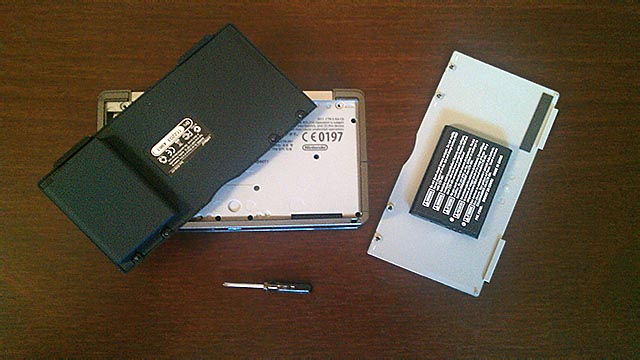 With the PowerPak+ attached, the 3DS becomes slightly heavier and bulkier. While some might take issue with the change, we found the added heft kept the portable steady on bumpy train rides. Most will prefer the PowerPak+’s matte, rubbery finish preferable to the hardware’s original, slick, plastic finish. With two shallow finger grooves and a slight tackier exterior, Nyko’s product insured that the 3DS was going to stay in our hot hands. Regretfully, the PowerPak+’s increase in size means the portable no longer fits into its original cradle, prompting Nyko to sell their own ten-dollar Charging Base. However, frugal-minded players can still plug their existing power cord into the back of the 3DS. 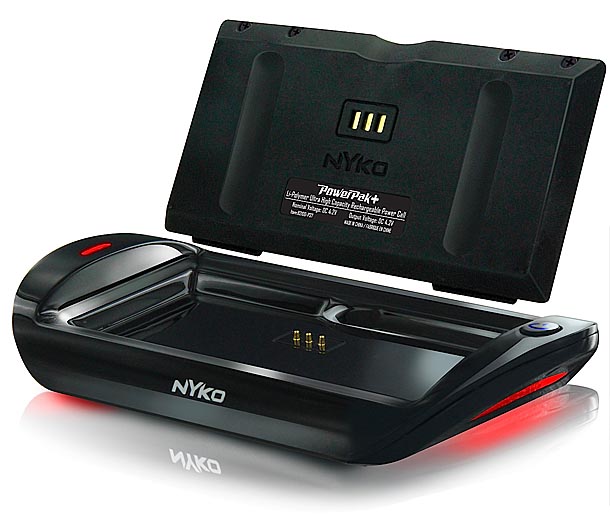 To test Nyko’s assertions that the PowerPak+ can double the 3DS’s playtime, we inserted Pilotwings Resort, charged the unit to capacity, and measured the length of time before the power light finally faded away. Please note: a 100% increase would indicate a true doubling of battery capacity.

Result: A 97.01% increase; claim not substantiated (albeit extremely close)

An additional test to measure the sleep mode capacity of a standard-issue 3DS against a PowerPak+’ed 3DS was thwarted by a requirement for actual slumber (aka human sleep mode). However, judging by the imprecise battery gauge of Nintendo’s portable, users could expect an additional day and half of attentive inactivity from their system. 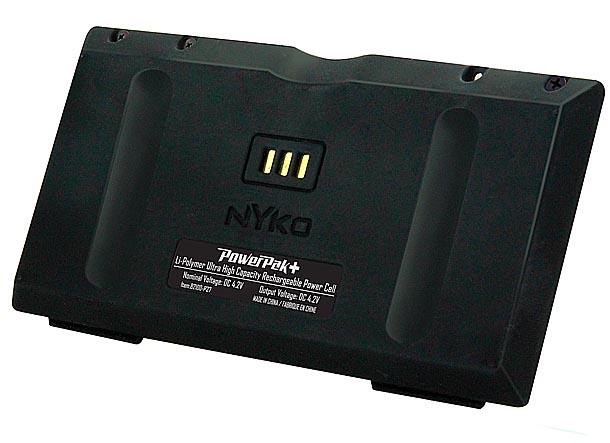 Although the performance of Nyko’s PowerPak+ narrowly eluded company claims in one of our tests, the hardware shouldn’t be overlooked. By offering a well-engineered, affordable, and functional extension of the hardware’s battery life, the PowerPak+ comes with an unreserved recommendation. By allowing owners to stop worrying about the charge capacity of their system, the 3DS can be enjoyed without the worry of muting brightness or disabling Wi-Fi.