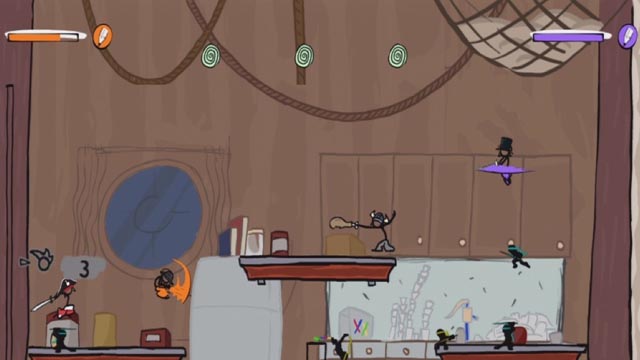 Digital distribution channels such as Xbox Live Arcade and the PlayStation Store are undeniably pleasing, delivering economically-priced diversions without requiring players to leave the house. Yet, the services also have an additional, oft-unappreciated virtue: they have reinvigorated the 2D platformer. Without the constraint of large-scale publishing operations, indie developers have been able to craft imaginative efforts such as Explodemon, Super Meat Boy, ‘Splosion Man, ushering in a modern run-and-jump renaissance.

The most recent exemplar of this trend is Fancy Pants Adventures– which like N+, began life as a free Flash-based game before expanding into a full-bodied, pay-and-play affair. Recalling a frenzied run through Sonic the Hedgehog’s Green Hill Zone, Fancy Pants’ early stages encourage players to maintain momentum. With levels comprised of springboards, ramps, and s-shaped curls, environments deliver a sense of edgy excitement, as players teeter on the precipice  on control. Scattered across each of the story mode’s  eleven levels are an assortment of asperand-looking  squiggles, three well-concealed stars, and a hodgepodge of miniature time trials, each defying collection from completionists. Guarding these trinkets are a unlikely band of villains, ranging from spiders, snail, gun-toting mouse, as well as the sporadic boss, which are typically dispatched with either a formidable slide or a crushing leap. 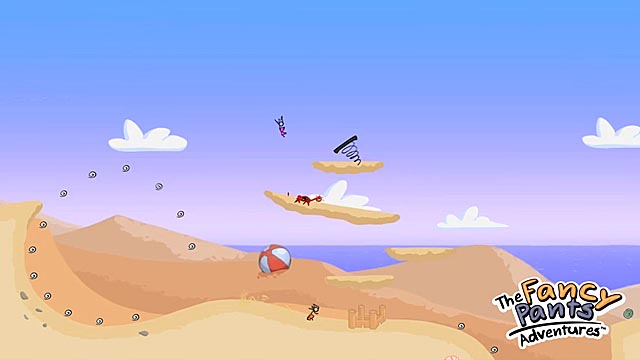 Later, the game adds a bit of variety by giving players a baton to swat away unruly protagonists. While the bludgeon has a variety of techniques, none of the strikes are as blissfully intuitive as an old-fashioned  head stomp. These attacks are also included in Fancy Pants‘ multiplayer modes, but are only necessary is the title’s King of the Hill variant- where participants battle for placement under a squiggle-spewing volcano. In the game’s race-based competitions, players with a sizable lead don’t have an interest in waiting around to hit dawdling opponents. Regrettably, even two-player online matches were beset with a bit of lag- reducing the responsiveness of your on-screen avatar.

Smartly, Fancy Pants‘ multiplayer contests aren’t the heart of the title. Instead, the game delivers a devoting a satisfying amount of material to solitary gamers. Beyond scavenging the story stages for collectables, and unlocking a variety of hats, attire, and weapons to customize your character with, players are encouraged to  locate enough stars to unlock the two original Fancy Pants Flash games. Throw in a virtual arcade cabinet filled with challenge levels, and the game easily warrants its ten dollar price with a cornucopia of content. 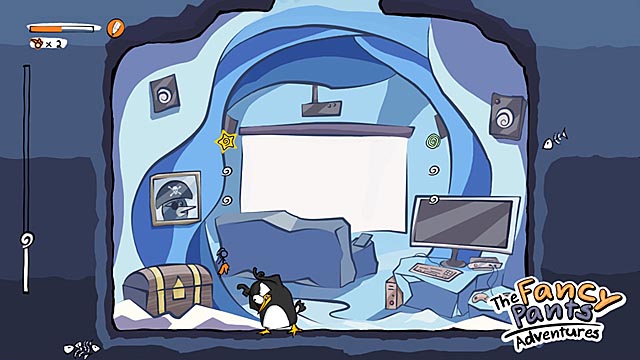 Visually, Fancy Pants Adventures employs a hand-drawn aesthetic to convey a sense of child-like wonder. Although the game’s protagonist is a simple stick-figure, he is animated with fastidious fluidity. With a mohawk which shifts each time the character changes speed or direction and quick-moving limbs which depict  the dexterity required to perform ninja climbs, the title is positively smile-inducing. Backdrops are minimal- allowing for the game’s platforming pathways to be discerned with minimal effort.

Consider Fancy Pants Adventures the easy-going brethren of titles like N+ and Super Meat Boy. Forsaking frustration for a simplistic charm, the title’s is a skilled addition to both XBLA’s and PSN’s growing library of gratifying platformers. If creator Brad Borne can find a way to tweak the multiplayer and squeeze in a level editor, these Pants could remain fashionable for a few additional iterations. 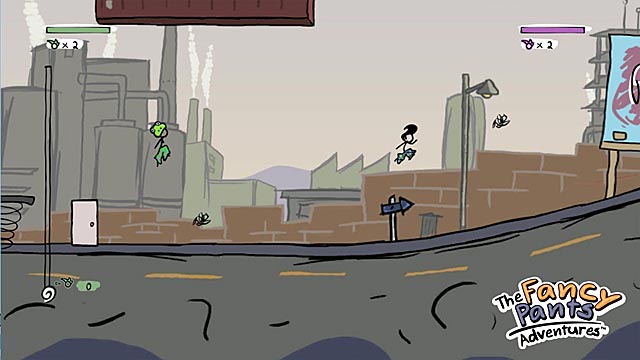