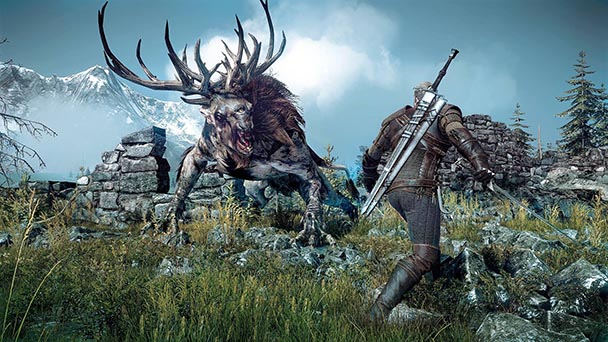 E3 starts early for some, and this week CD Projekt Red and GOG.com kicked things off in Santa Monica with a live steam event for their upcoming releases.  The crew released some exciting news about their current projects: the third and final installment to the Witcher trilogy, GOG Galaxy, and their new joint office space on the Venice Boulevard.

The Witcher 3: Wild Hunt is the conclusion to the epic tale of Geralt of Rivia.  The demonstration focused on aspects of the game’s release, saving the game play footage for E3 next week.   However, the footage we did get to see promises the epic environments and maleficent monsters that we’ve come to expect from the Witcher series.   It also demonstrated some gorgeous graphics and some new and impressively brutal baddies. 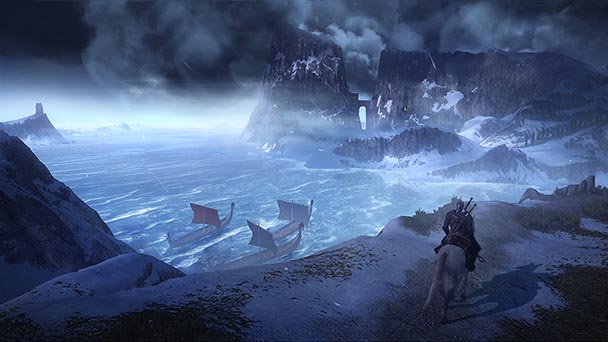 The team at at Projekt Red want the finale to deliver both great content and the option to get awesome collectibles. So, the Witcher 3 will release on Xbox One, PS4, and PC on February 24th, 2015, with premium content for all editions.  The game will come with: a compendium, to catch players up on the story of the Witcher universe, a game manual, a game map, a sountrack, and Witcher stickers.  The collector’s edition, which is only available through pre-order, will come with all of the premium content plus: a Witcher medallion, an art book, a steelbook case for the game, and a polystone, hand painted statue of Geralt fighting a griffin.  The statue is large, making the impressive detailing stand out and making it a great piece for a collector’s desk.

Gamers who want to download the game digitally can pre-order through GOG, where the premium content will include: a digital version of the art book, world map, extended soundtrack, immediate download of The Witcher: House of Glass comic book, and immediate download of Neverwinter Nights.  Gamers also get a loyalty discount for ordering off of GOG: supporting them directly by purchasing through the site earns customers a 10% discount, with an additional 5% discount applied for each of the previous Witcher games that customers own.  So they offer 20% if you have both previous titles and buy through them. 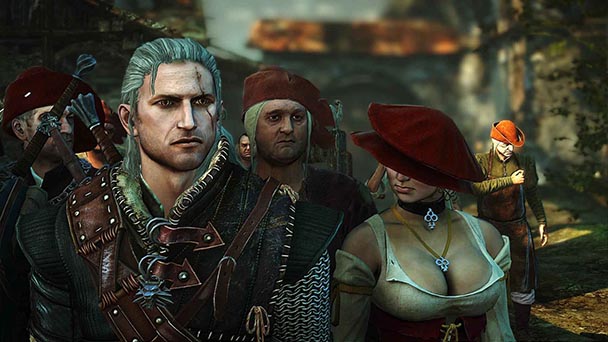 GOG then presented their new project, the GOG Galaxy.  GOG sees the competition to win customer loyalty as having created “gated communities” of players, who then can’t game with each other.  Along with their anti-DRM revolution, they want to break down these boundaries so that friends can game with friends regardless of where they spend their money.  GOG Galaxy allows gamers to play offline and makes it entirely optional for gamers to go online to download updates, play with friends, or post achievements.  Gamers can choose to stay offline and just play the game, no internet connection required. It also allows players to game with each other across platforms.

The galaxy is still in development, but as of now, it allows for games to be played between friends regardless of what client they bought the game through and whether they’re playing on mac or PC.  The first game to come to the GOG galaxy will be the closed BETA of  The Witcher Adventure Game.  The beta is for the multiplayer mode so that GOG can test to make sure that the game will play across boundaries.  When it releases, this addition to the Witcher Universe will allow for offline single player gaming, and online multiplayer gaming. 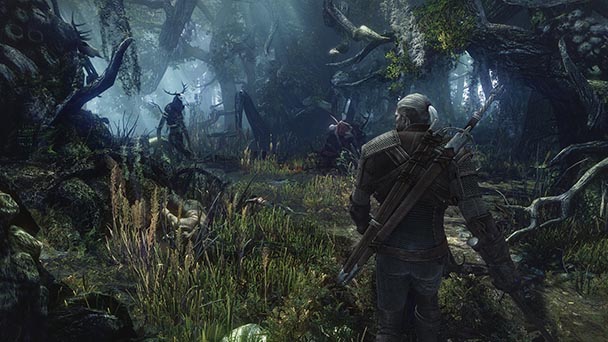 The teams also announced the (soon-to-be) opening of an office on Venice Boulevard.  This office space will allow the team greater access in America as they continue to expand their projects.  Once the space opens, you won’t be able to miss it, as it will likely be painted with images from the Witcher and possibly other upcoming projects.  More info about the Witcher 3 gameplay content and other Red projects will be revealed at E3 next week, so stay tuned for more E3 updates.