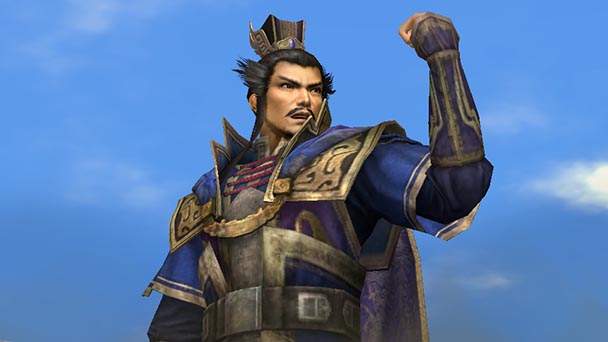 There’s a good reason why interactive interpretations of Luo Guanzhong’s Romance of the Three Kingdoms have been largely confined to consoles: portables struggle to deliver Dynasty Warriors’ frenzied action. While sedentary systems have the power to render hundreds of on-screen foes and backdrops which offer a credible recreation of a late-Han era hostility, PS Vita versions have been forced to scale back in one or more areas. For a game that’s rooted in the soaring aspirations of unification, visual compromise probably isn’t the most ideal method of representation.

Although the PS Vita iteration of Dynasty Warriors 8 Empires extends the content and depth of its console brethren, Sony’s handheld hardware offers a middling rendition of musou pugnaciousness. Sure, the game’s battlefields retain an identical amount of virtual real estate, and feel expansive as ever, as your chosen officer cleaves their way across the landscape. Architecture is largely retained as well, endowing Empires with tangible atmosphere with a topography dotted with castles and creeks. 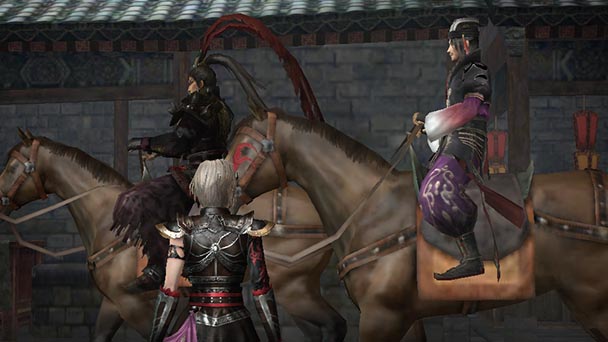 Look past those attributes and its easy to see that combatant counts have taken a hit. While fighting battalion of homogenous enemies has been a continual point of contention for the series, here skirmishes seem even more redundant, as vanquished foes are replacements by new enemies, making the combatant count linger at three dozen. Furthermore, troops also have the tendency to exhibit pop-up in patches, tarnishing the title’s presentation. Although framerates flirt with fluidity, an elaborate combo or musou strike will induce choppiness. On the upside, the Vita offers an indistinguishable aural fidelity, delivering the same searing guitar licks and stirring melodies as the PlayStation 4 version.

Another strong point for the PS Version is the integration of touchscreen functionality which is used to select Strategic Cards. Tucked away in the bottom right corner of the screen is your diminutive deck, which offers perks like ally healing, stat boosts, and even the turrets that can whittle away adversarial hordes. Activating one of these cards has the potential to turn the tide of battle, so it’s quite handy that help is only a few screen taps away. 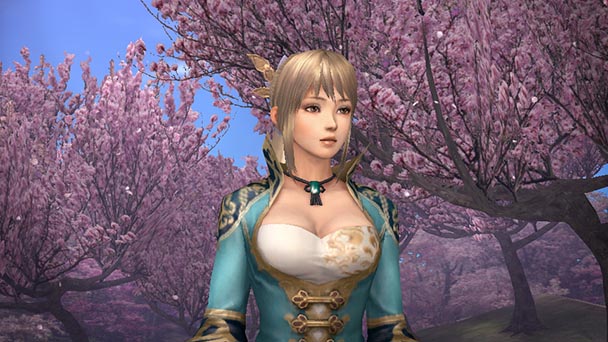 While combat plays an essential role in Dynasty Warriors 8 Empires, it’s counterbalanced by tactical elements which puts players in charge of policy and resource management. In execution, battles are bookended by monthly meetings where you establish the long and short term objectives of your burgeoning empire via a series of menu selections.

What makes the strategic component so successful is the amount of freedom extended by the developers. Whether you want to role-play as an iron-fisted conqueror, benevolent diplomat, or even a dutiful servant, Empires gives you all the tools to thrive in your chosen capacity. While the game could have provided a bit more explanation about the micro-managerial rudiments of unification, enjoyment can stem from learning a trial-and-error approach to leadership. 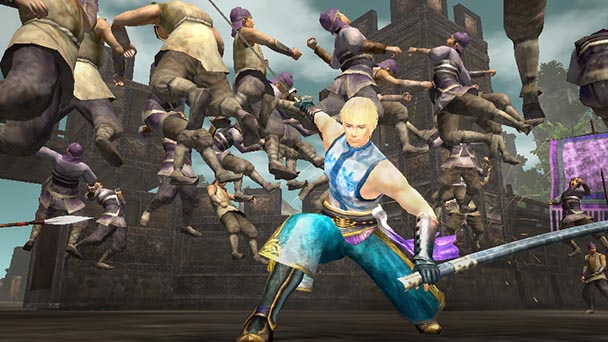 Stimulation arises in Empires persistently perilous balance of power. Quite often, you’ll be forced to forge an alliance with a neighbor- and while the union is mutually beneficial in the short term, eventually you’re destined to become heated rivals. While Empires obviously doesn’t have the stirring minutia of Nobunaga’s Ambition, the game is no slouch either, requiring a conscientious policy. Here, a working knowledge of Sun Tzu’s The Art of War is nearly as effective as game FAQ.

Naturally, the open-ended approach to leadership has it drawbacks, and Empires strains to create narrative tension. Whereas the core Dynasty Warriors titles revel in the cycle of teamwork and treachery between generals, the range of player decisions and routes don’t allow the same level of exposition. As such, there’s little foreshadowing, description and payoff, making the player created plotline a bit hard to follow. As such, experience with previous Dynasty Warriors would contribute to your level of enjoyment. 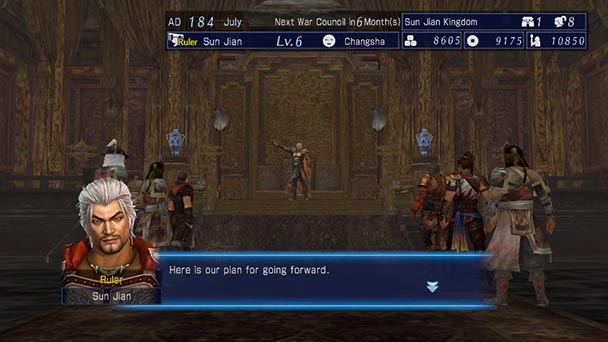 If clear why Omega Force ported Dynasty Warriors 8 Empires to the PS Vita. Although the game’s conflicts lose some of their intensity in the journey to portable screens, the menu-based tactical component loses none of its luster. While the PlayStation 4 iteration of Empires offers the definitive version, those looking for unification on the go might want to consider this version. If anything, cramming all the colossal amount of content into digital download is as ambitious as any of Cao Cao’s aspirations.

Dynasty Warriors 8 Empires was played on the PS Vita with review code provided by the publisher.

Dynasty Warriors 8 Empires
Platform: PS Vita, previously on PlayStation 4
Developer: Omega Force
Publisher: Koei Tecmo Games
Release date: December 1st, 2015
Price: $39.99 via PSN
Dynasty Warriors 8 Empires (Vita) review
There&rsquo;s a good reason why interactive interpretations of Luo Guanzhong&rsquo;s Romance of the Three Kingdoms have been largely confined to consoles: portables struggle to deliver Dynasty Warriors&rsquo; frenzied action. While sedentary systems have the power to render hundreds of on-screen foes and backdrops which offer a credible recreation of a late-Han era hostility, PS Vita versions have been forced to scale back in one or more areas. For a game that&rsquo;s rooted in the soaring aspirations of unification, visual compromise probably isn&rsquo;t the most ideal method of representation. Although the PS Vita iteration of Dynasty Warriors 8 Empires extends the&hellip;

Summary : While musou-based action on a portable is almost always a dicey proposition, Dynasty Warrior 8 Empires ultimately succeeds by completing skirmishes with a healthy supply of strategy.