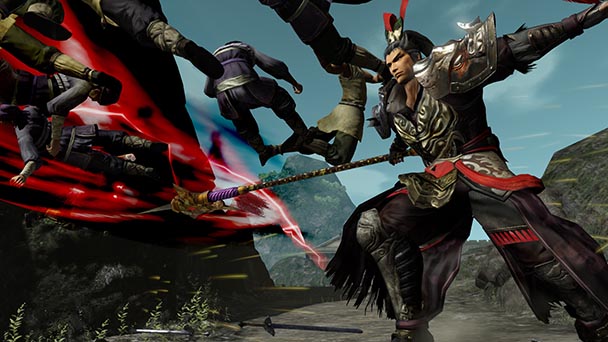 There’s little excuse as to why consummate gamers don’t have a scholarly understanding of Romance of the Three Kingdoms. After eight main adaptions of as well as five additional expansions, Luo Guanzhong’s intermingling of the historical and the mythical has received more interactive adaptions that any other piece of literature. But where Dynasty Warriors and its Xtreme Legends follow-ups merely restate the cyclical destiny of a late Han dynasty China, it’s the Empires games that offer a graduate student-level assessment of comprehension.

Blending the brutish hack-and-slack gameplay of all but the first game (which was a fighter) along with basic strategic elements from Koei’s turn-based Romance of the Three Kingdoms franchise, the Empires games are a discordant but oft-diverting mix. Half of the time players are deliberating over menu decisions that can transform their starting province into a sprawling, dominant realm. While hostility can help you get ahead, functional, diplomacy, forethought, and perceptive economic policy are the bona fide essentials of progress. 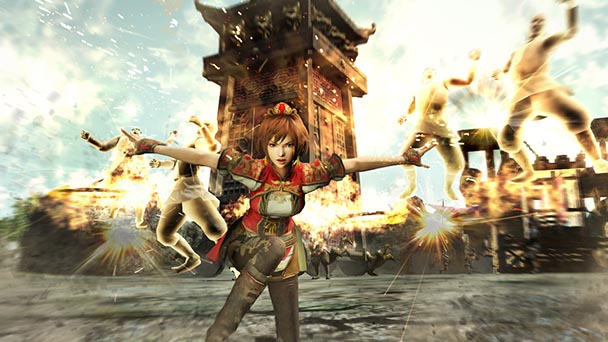 Once the geopolitical conundrums are put in place, players onto the battlefield to disprove the old adage about pen and sword. Sure, there’s some light strategic options, where players have to cope with enemy forces who simultaneously assail key map points or the deployment of stratagem cards, which give power boosts or assault enemies with everything from arrows to lightning bolts. But largely, it’s your character and a few generals that are the implements of change- using sword, staff, and short pike to assault clusters of opponents as well as the occasional warlord. Most simulations see the effects of policy change reflected through dry statistical consequences. Not so with Empires, where annexation is quelled by a devastating musou attack that allows you to overwhelm dozens of combatants like some kind of human mortar round.

The mash-up is an acquired taste for sure, but for fans of Omega Force’s games, the Empires games are a fascinating chance to change destiny, measuring your attempt at unification against notables like Cao Cao, Yuan Shao, and Liu Bei. Although the release of Dynasty Warriors 8: Empires offers that kind of indulgence and is buttressed by a bevy of content, the title is guilty when standing trial against one of Dynasty Warriors’ most frequent accusations- stagnancy. 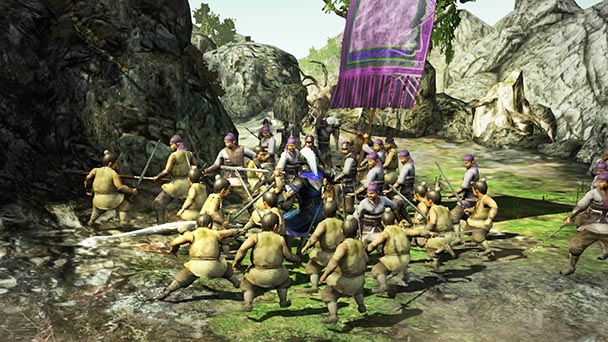 The problem doesn’t really stem from Dynasty Warriors 8: Empires’ hack-and-slash mechanics. Effectively, the game tries to increase mission variety. Occasionally, you’ll boost your standing by helping an allied invasion or protect your own boarders again an encroaching force. During raids, tactics come into play, as players have to manage the security of their own encampment while trying to whittle down enemy forces. Although escort missions rarely feel rewarding, here they offer a slight change of pace from the typical incursions, as enemies tend to advance from multiple fronts, instead of just crowding up in certain areas. While assassinating figureheads and acts of sabotage are enjoyable, the game’s stealth missions aren’t. Clearly, Omega Force’s engine isn’t built for skulking. Nor, does it seem developed or even adept modified for the Xbox One.

Understandably, this is most likely a quick-and-dirty port. Although Koei-Tecmo once pledged that the title would have an English track, only the original Japanese audio is present. Anyone who’s endured dubbed voicework in the Dynasty Warriors franchise will tell you the omission is inconsequential. Less defensible is the game’s visual performance on Microsoft’s console. Save for the amount of detail devoted to the clothing of lead characters and the sheer number of on-screen foot soldiers, Dynasty Warriors 8: Empires exhibits only a middling graphical improvement from the past generation of musou titles. From bland, muddily textures environments, flickering, low-resolution shadows, and the occasional sputtering framerate, it’s clear that Omega Force’s code lacks optimization. 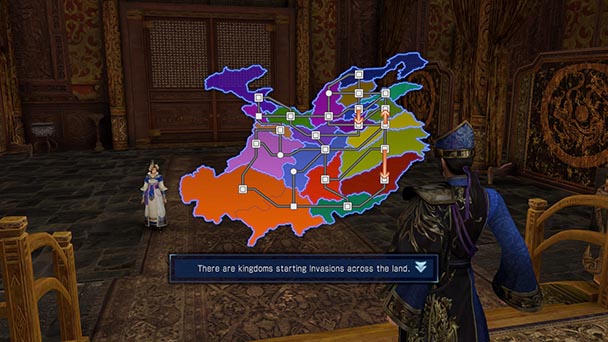 Surprisingly, even the menus in Empire Mode are quite basic, with only a hint of pageantry as players enter the war council. But here the emphasis isn’t on the aesthetic, but rather the conception of a role (virtuous, villainous, or anywhere in-between) and the tenacity to see that job to its natural end- either in the annexation of every available territory or the end of a 50 year campaign. Every turn tasks games which balancing a multitude of decisions to earn merit points through the competition of up to three combat objectives adopted by the bi-annual council. From increase the size of your coffers and armies, the construction of buildings that can improve the qualities of weapons, items, and stratagems as well as the ability to romance and sire progenies, ruling proves to be precarious balancing act. It’s also made more stimulating by the treacherous offers made by allies who want to recruit you for their plans.

The mode has its problems, with the option to start as a humble vassal being a particularly challenging trek, as possibilities are limited. But begin on the game on a bedrock of power, and Empire Mode can be entrancing, allowing players to craft their own narrative. Most amazingly, every campaign plays out differently, with personalities staying true to character (Lu Bu is consistently malevolent), but a gratifying level of intelligence. Newcomers might be turned off by Empires, however, as the game delivers little in the way of explanation, relying on a few, truncated pieces of text and obtuse instructions to guide beginners. 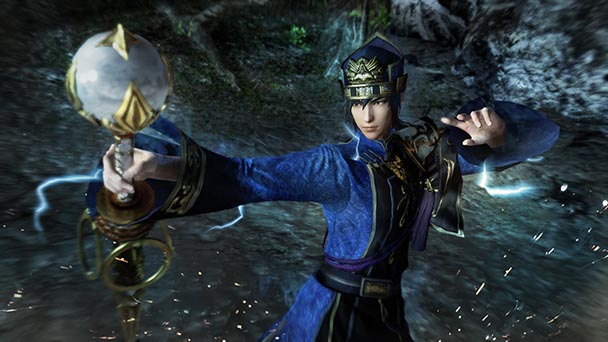 While veterans will be accustomed to the strategizing, they’ll likely be peeved Dynasty Warriors 8: Empires’ modest aspirations at delivering new content. Large Scale Stratagems, build on the mechanic from the last iteration of Empires, as allies temporarily leave the battlefield, making way for the title’s most consummate attacks, which are often regulated by a cool down timer. Tying into the title’s weather effects, a rain stratagem can be used to nullify fire, while conflagration can be amplified under windy conditions. Edit Mode allow greater flexibility in creating and sharing your own soldiers, warhorses, banners and units, allowing for hairstyles and facial styles to be tweaked. While it’s understandable that co-operative play in positioned on the other side of the Xbox Live paywall, it’s unfortunate you can’t even share your emerald-colored ponies without subscribing to the service. The one new character to join the rooster is Cao Cao’s trusted advisor Xun Yu, who adores placing electrified posts around the combat zone.

Comparatively, Dynasty Warriors 8: Empires additions are slight, making the game an incremental upgrade over both the last iteration of Empires as well as last-gen visuals. But, musou maniacs aren’t likely to be bothered by these transgressions, finding virtue in Empires beguiling mix of cerebral planning and peon slashing. While rulers are often remembered for achievement or acrimony, Omega Force’s latest effort is likely to be overlooked when a true next-gen heir emerges. 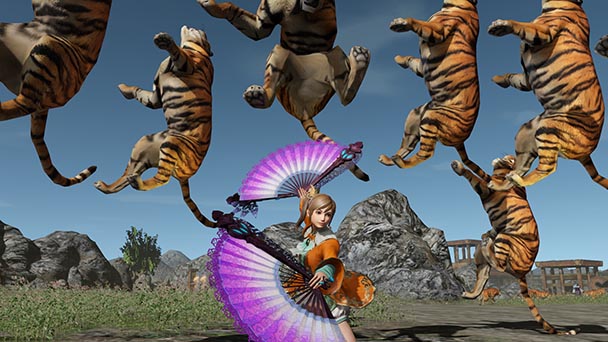 Dynasty Warriors 8: Empires was played on the Xbox One with review code provided by the publisher.

Dynasty Warriors 8: Empires
Platform: Xbox One, PlayStation 4, PlayStation 3, PC
Developer: Omega Force
Publisher: Koei Tecmo Games
Release date: February 26th, 2015
Price: $49.99 via retail, PSN, XGS, or Steam
Dynasty Warriors 8: Empires review
There&rsquo;s little excuse as to why consummate gamers don&rsquo;t have a scholarly understanding of Romance of the Three Kingdoms. After eight main adaptions of as well as five additional expansions, Luo Guanzhong&rsquo;s intermingling of the historical and the mythical has received more interactive adaptions that any other piece of literature. But where Dynasty Warriors and its Xtreme Legends follow-ups merely restate the cyclical destiny of a late Han dynasty China, it&rsquo;s the Empires games that offer a graduate student-level assessment of comprehension. Blending the brutish hack-and-slack gameplay of all but the first game (which was a fighter) along with basic&hellip;

Summary : Dynasty Warriors 8: Empires mix of politicking and peon trouncing can be captivating, but is also undermined by unrealized potential.