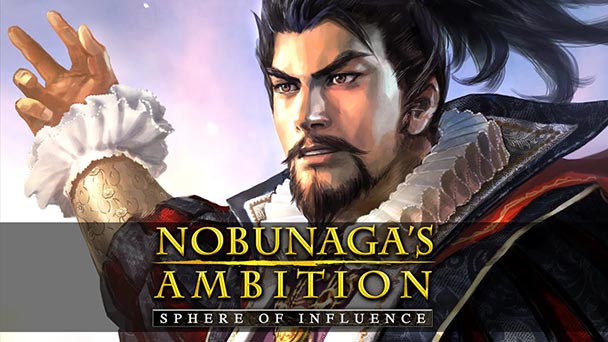 History is filled with accounts of audacious ambition. From Alexander the Great to Genghis Khan, leaders have captured vast contiguous lands, earning an indelible space in print, cinema, and interactive entertainment. Although Oda Nobunaga’s Sengoku-era attempt at unification might be not have resulted in the sheer landmass of the Macedonian or Mongol empires, his strategic endeavors have spurned a wellspring of software.

In the past thirty years thirteen titles have depicted Nobunaga’s rise to power, while countless other games have offered cameos by the famous daimyo. Unsurprisingly, Western players only received a small subset of these titles. But with the release of Nobunaga’s Ambition: Sphere of Influence, the famed samurai warlord is poised to conquer this far-flung territory, involving armchair tacticians with a remarkably immersive and delightfully thorny historical simulation of the Warring States era. 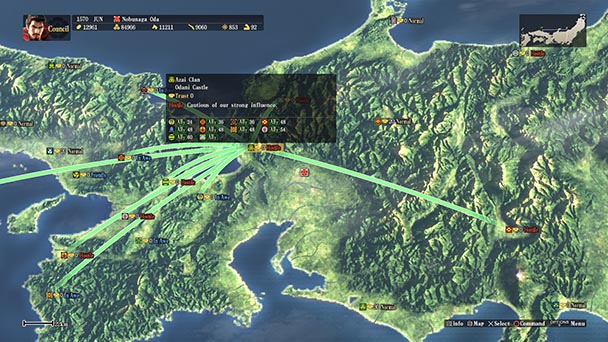 Even for players well-versed in Japanese history or with intricate simulations like Europa Universalis IV, a trip through Ambition’s tutorial is obligatory. Here, you’ll discover not only the basics of expanding the production of crops, culture, and conscripts, but you’ll also learn the essentials of menu navigation- which is a requisite skill given Sphere of Influence’s innumerable intricacies. What you won’t find is the typical dry dialog that’s tradition across tutorials. Instead, you’ll find lessons delivered in a cheeky conversational tone, with Oda clan retainer Hirate Masahide seemingly on the verge of committing seppuku. Those who are familiar with the period, will likely appreciate the dark humor, knowing that Masahide did kill himself, allegedly shamed by a young Nobunaga’s erratic behavior. While a singular reference, it’s symbolic of Sphere of Influence’s meticulous attention to detail while artfully sneaking in the sporadic mischievous allusion.

Wisely, Masahide’s lessons won’t divulge all, or even a significant portion of the game’s mechanics- giving only a few fleeting seminars in development, diplomacy, and conflict. As such, you’re obliged to roleplay- learning on the job and heeding the wisdom of your trusted advisors. Additional instruction is offered through pop-up windows which help to explain many of the game’s additional nuances, without spoiling the delightful sense of discovery. Although stepping into the zori of young Nobunaga seems like an obvious starting point, it’s only a single option out of many. Starting a campaign from one of ten scenarios (nine historical as well as a single fictional circumstance), players then make a selection to lead one of at least a dozen distinct clans, offering a context where you might control multiple, multi-storied castles or a makeshift army with only a modest fortress. But regardless of your starting point, your objective remains fixed. 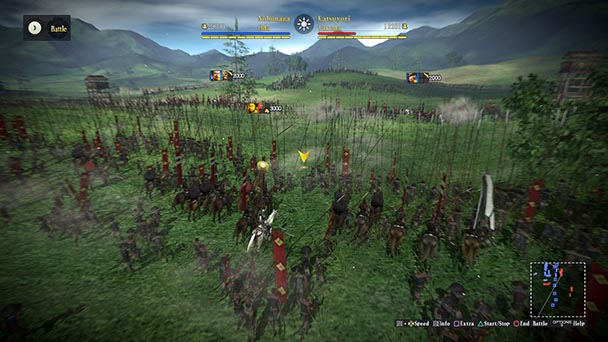 The pace of each scenario might seem a bit plodding at first, with aspiring daimyo tackling lower-level decisions and advancing the game clock to witness subtle changes, but the tempo soon ratchets up. Pleasingly, your rise to power is harmonized by the autonomy of your officers. At first, they might be sent on diplomatic missions to court alliances and even to headhunt other disillusioned generals to join your clan. But as you teeter toward unification, Sphere of Influence scales admirably, allowing your subordinates to tackle the lesser tasks, which you advance in hopes of created a united Japan.

What’s especially compelling about Sphere of Influence is the unpredictability of it all. With many simulations, the coding become perceptible with each subsequent play, as you gradually perceive the consequences of each of your actions. Although there’s definitely some scripting going on to preserve a sense of verisimilitude, there’s plenty of novelty with each new play through. Essentially, rival daimyo make some very organic decisions, so if you’ve been neglecting any of the “three Ds” (development, diplomacy, or defense) expect opponents to storm your castle and take over. And even if you think you’re created a realm that can’t be overtaken by any challenger, you can expect an enemy alliance destroy that sense of insusceptibility. Fulfillment comes in predicting those threats, and clandestinely forming factions of your own. Even though Sphere of Influence extends the ability to tweak numerous AI variables, mistrust lingers on every difficulty level. Whether it’s an imprudent decision during your early development or a blindly chasing an unrealistic goal, Influence in an incessant and unforgiving teacher. But stick with it and not only will you develop short- and long-term strategic awareness, you’ll earn the equivalent of an underground degree in Japanese history. 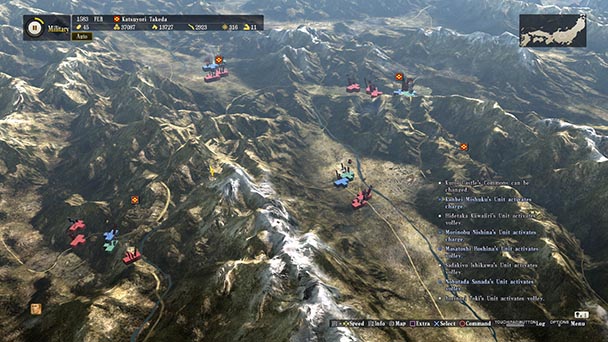 For many, the value of a historical sim hinges on the quality of its combat. While progress through negotiation and pacifism is certainly possible, eventually you rivals will inevitably take up arms. During these moments, Sphere of Influence shifts from a monthly cycle to a daily depiction of events, as troops face other on the battlefield. Wisely, the sequences feel far more visceral that typical turn taking, as players create movement paths for each battalion. Beyond modeling melee and ranged warfare with hundreds of on-screen units, each company also officer-specific abilities that can invert the momentum of battle. Like the rest of Nobunaga’s Ambition, the best warlords are the ones who adapt to ever-shifting circumstances.

Visually, Sphere of Influence exhibits competence, extended a clean user interface, pleasantly drawn character portraits, and a scalable landscape of Japan. Those worried about playing a strategy game using a console controller can relax- after about twenty-minutes of play, the location of menu items, time management, and perspective changes feel largely intuitive. Much of the comfort stems from the use of the DualShock 4’s touchpad, which allows players to scroll across the geography with precision. Although playing the game from across the room isn’t feasible, the title offers one concession, allowing user to increase font size a bit. Sonically, Sphere doesn’t have the largest track list, but some of the musical selections are gorgeous, rivaling the output from the best Hollywood epics. 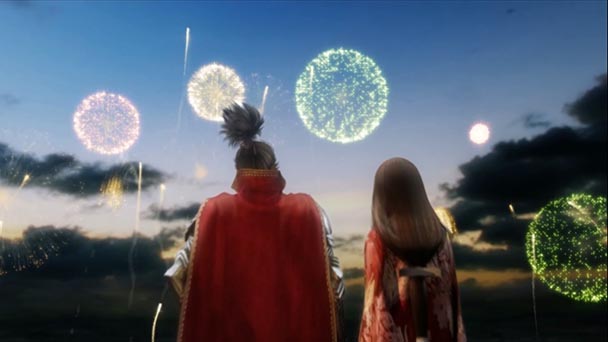 While longevity has been touched on, the ability to create clans from over 1,800 historical figures or even make your own means that Sphere of Influence has the potential to entertain for a hundred hours. Certainly, the game isn’t for most players, requiring a significant commitment even from tactical veterans. But for those with in interest in the Sengoku era, Nobunaga’s Ambition: Sphere of Influence is without peer on console and PC, offering intrigue that interrelated to investment. If you have the time in your schedule and the desire to see Oda Nobunaga’s dream come to fruition, this should be your next investment.

Nobunaga’s Ambition: Sphere of Influence review was played on the PS4 with review code provided by the publisher.

Nobunaga’s Ambition: Sphere of Influence review
History is filled with accounts of audacious ambition. From Alexander the Great to Genghis Khan, leaders have captured vast contiguous lands, earning an indelible space in print, cinema, and interactive entertainment. Although Oda Nobunaga&rsquo;s Sengoku-era attempt at unification might be not have resulted in the sheer landmass of the Macedonian or Mongol empires, his strategic endeavors have spurned a wellspring of software. In the past thirty years thirteen titles have depicted Nobunaga&rsquo;s rise to power, while countless other games have offered cameos by the famous daimyo. Unsurprisingly, Western players only received a small subset of these titles. But with the&hellip;

Summary : On the thirtieth anniversary of Nobunaga's Ambition, Sphere of Influence proves to be a suitable successor for the franchise, offering the single most complicated and compelling simulation to ever come to console.