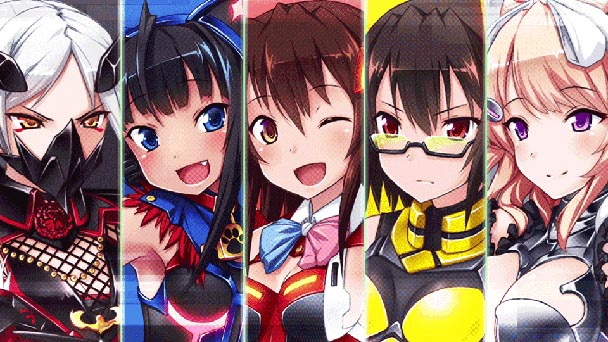 Although disregarded by Sony, the PS Vita survives thanks to a steady stream of niche software. Sure, support from big third-party publishers like Ubisoft and Electronic Arts dried up years ago, but thanks to a convoy of offbeat titles from firms like Idea Factory International, XSEED, NIS America, and Atlus, there’s still an active constituency of Vita owners. With the release of Drive Girls, Aksys Games attempts to help Sony’s portable endure, by tapping into an appreciation for Japanese quirk. Recalling the Hyperdimension Neptunia series, the title focuses on a group of women who can transform into cars. Unfortunately, the concept runs out of gas long before it lumbers toward the finish line.

The game’s preface introduces players to Lancier, a perpetually cheery, but slightly air-headed young women who misses her appointment for a ERT exam when assisting another female. But auspiciously, she’s given another chance, albeit through a hands-on combat test, overseen by a stereotypically stern commander. Gradually, players are introduced to other members of the Drive Girls team, who unsurprisingly correspond to prominent anime archetypes. 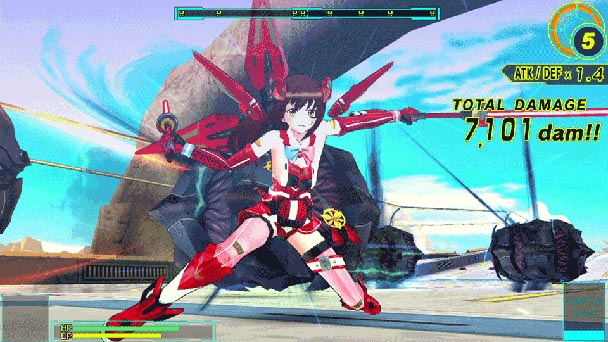 But an adherence to formula isn’t the game’s expositional breakdown. Instead, it’s the inclusion of conversation that aim to be cute, but comes across as vapid. Some of the problem stems from Drive Girls’ lack of context. It’s hard to care about the cast when you don’t know what’s going on, thanks to a setting that’s never given a full-fledged set-up. It’s almost like the concept of girls who can transform into cars was deemed enough of an impetus by the development team. But the other failing is that the conversations are largely dispensable, generating little more than mild character development.

That might be a forgivable indiscretion if Drive Girls mechanics were engaging. But woefully, they aren’t. A limited number of environments pit the team against an enemy referred to as ‘bugs’, which predictably resemble hulking robotic spiders. Like most musou games, there’s are hordes of easily dispatched subordinates and the occasional higher-level foe, that able to inflict larger amount of damage. 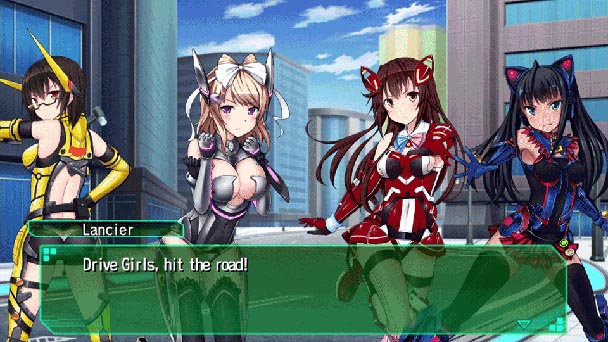 If players opt to confront the bugs in vehicular form, they can ram the foes, or even induce an enigmatic spin, which disregards any sense of momentum as you rotate like a top while moving forward. The problem is running over and smashing into the bugs isn’t all that fun, since you feel less like a hot rod and more like a rudimentary simulation of a children’s toy. And while you can drift, it’s rarely needed. Most of the battlefields are broad, multi-lane highways with few curves, and even the game’s driving-centered stages are easy to clear without using the technique.

Fighting in human form also lacks nuance, permitting players to button mash a succession of light and heavy attacks to subdue antagonists. Initially, it’s a cakewalk, requiring no real proficiency from players. Eventually, enemies do grow tougher, and will even juggle players. To counteract the elevated aggression of enemies, players can use any accumulated coin to augment their stats, even purchasing up to five stickers that adhere to player models. Given that Tamsoft (Onechanbara Z2: Chaos, Senran Kagura: Estival Versus) developed the title, there’s the obligatory inclusion of fan-service, with damage destroying the girls attire. But save for an end of stage bonus, and undergarments that are difficult to see on the Vita’s screen, implementation is underdeveloped. 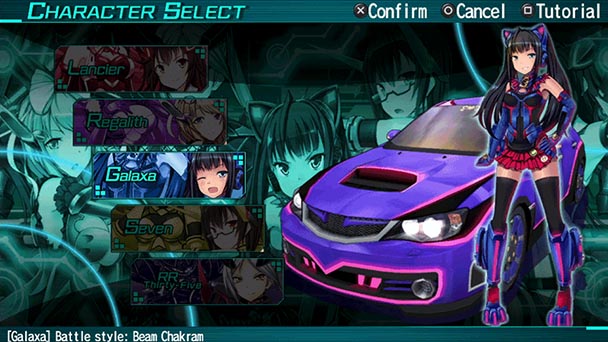 Aesthetically, Drive Girls is adequate, revealing a few positive qualities. Illustrator UGUME’s character design and portrait art is certainly adept, with the cast exhibiting a swanky biological/mechanical style. But the lack of 2Dlive-style fluidity is disappointing, with only a few basic animations for each character. Sonically, the game’s seiyū do their best to try to redeem the dialog, offering spot-on interpretations of each character. It’s just bad there weren’t more sound bites during combat, as things tend to get repetitive.

In concept, girls who transform into cars to battle a battalion of robot bugs seems like a magnificent idea. But in execution, Drive Girls is no Earth Defense Force with a crew of waifu. Sadly, the game’s core play mechanics just aren’t that enjoyable, relegating these ladies to the deep discount area of the moe car lot. 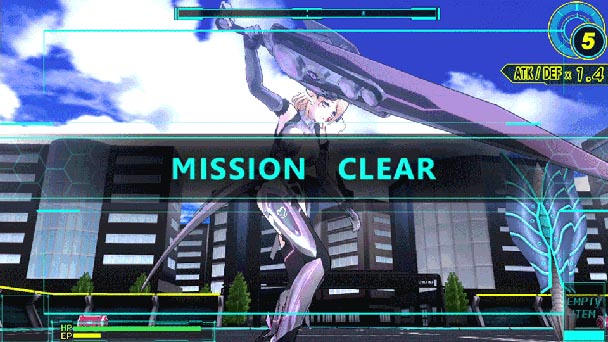 Drive Girls was played on the PS Vita with
review code provided by the publisher.

Drive Girls
Platform:
PS Vita
Developer: Tamsoft
Publisher: Aksys Games
Release date: September 9th, 2017 (US)
Price: $29.99, available via retail and PS Store
Drive Girls review
Although disregarded by Sony, the PS Vita survives thanks to a steady stream of niche software. Sure, support from big third-party publishers like Ubisoft and Electronic Arts dried up years ago, but thanks to a convoy of offbeat titles from firms like Idea Factory International, XSEED, NIS America, and Atlus, there&rsquo;s still an active constituency of Vita owners. With the release of Drive Girls, Aksys Games attempts to help Sony&rsquo;s portable endure, by tapping into an appreciation for Japanese quirk. Recalling the Hyperdimension Neptunia series, the title focuses on a group of women who can transform into cars. Unfortunately, the&hellip;

Summary : Yes, the concept of car-girls colliding into enemies sounds appealing. But Drive Girls play and plot are so rudimentary that only the most forgiving of gamers will experience any enjoyment.