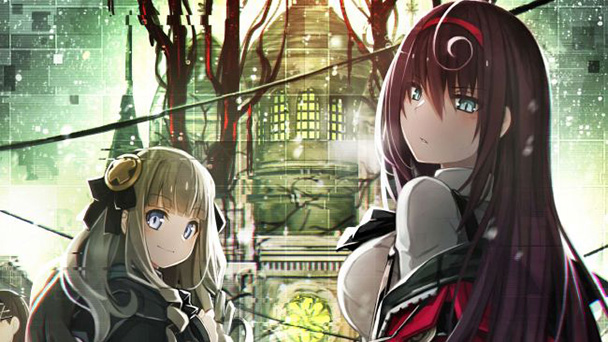 Death end re;Quest 2 is the all too rare sequel that opts to push a series in a bold new direction, shifting a focus from the world inside a glitched MMO to a creepy women’s dormitory where girls are disappearing missing and religious dogma is prevalent. The change ushers in a new tone that brings a muted sense of fright to the proceedings.

With playful, pantsu-parading romps like Hyperdimension Neptunia, Monster Monpiece, and Gun Gun Pixies, Compile Heart is often associated with cheeky fan-service. But, as 2019’s Death end re;Quest demonstrated, the Toshima-based studio is just as comfortable tackling darker themes. Revisit the PlayStation 4 and PC title and you’ll find a trek that blurs real and virtual worlds, with a game programmer seemingly trapped inside a perpetually glitching MMO. 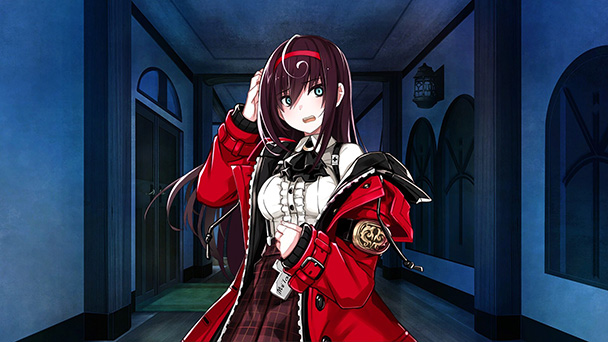 With the release of Death end re;Quest 2, those seeking a blend of unsettling exposition and turn-based combat didn’t have to wait long. Expertly, Compile Heart’s prologue evokes one of the most unsettling contexts in gaming, vaguely reminiscent of Dario Argento’s horror masterpiece, 1977’s Suspiria.

We first meet lead character Mai Toyama enduring her father’s abuse. The continuing mistreatment causes here to snap, and she’s subsequently sent to Wordsworth Women’s Dormitory, in the perpetually hazy town of La Choara. Eschewing the tacky jump scares often associated with the genre, re;Quest 2’s fears are psychological, as Toyama endures bullying, isolation, and uncertainty in her strange new home. An insistence on locating her estranged sister, who purported resided at Wordsworth but no one seems to remember, doesn’t help her fit in. 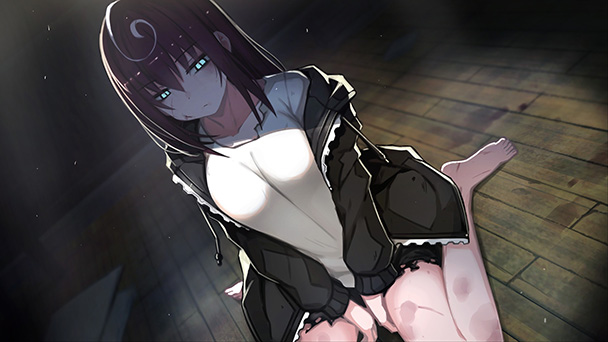 Why Are Wordsworth’s Students Disappearing?

But Toyama isn’t completely isolated. An enduringly upbeat roommate nicked Rottie strives to be friends. But Mai’s aloof and distrusting demeanor makes early attempts at companionship uncomfortable to observe. Factor is an enigmatic headmistress, a perpetually cloaked bishop, a cryptic last warning from her sister, and a cultish obedience to religion named El Strain and re;Quest 2 conveys the kind of sinisterism generated by celebrated horror films. And when Wordsworth’s residents begin to go missing, the level of tension ratchets up suitably.

The downside of this is the game spends a great deal of time on its set-up, an indispensable component when conjuring fear. Most of this this accomplished through proficiently written dialog (as well as a skilled localization), which ranks as Compile Heart’s best work to date. Makoto Kedôin’s macabre style returns, contributing a lingering sense of anxiousness. But with re;Quest 2, ‘death ends’ aren’t as chastening, and after getting a Game Over you’ll be sent back to the junction. You even get a bit of currency out the whole ordeal. 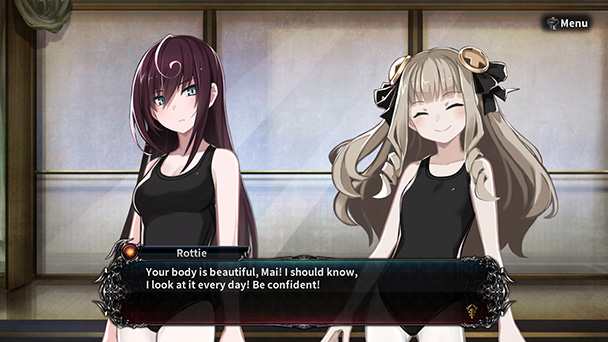 A Connection with its Predecessor?

As a sequel, the title also takes its time relating events to the previous game. Sure, the protagonist returns as one of Wordsworth’s maids, but her involvement is enigmatic. But when the narrative do converge, re;Quest 2’s synthesis is especially shrewd, which is a bit surprisingly given the speedy development time for the sequel. That said, a few nagging budgetary constraints sully the game a bit. While lead characters receive their own Live2D animated portraits, secondaries often don’t. Additionally, descriptions and visuals don’t always correspond. At the beginning of the game, when La Choara is a described as misty, the image looks perfectly clear. While night brings a reprieve from the visual novel-style conversations during the day, there’s little explanation of the red, spider-like limbs strewn across the city. Lastly, Mai can hack computers and reveal invisible entrances. But the efforts are undermined by a minimap and green aura that unmistakable reveals these entrances. But largely, these moments of dissonance are forgivable given the game’s storytelling ambitions.

One of the elements that will help you overlook any slight blemishes is the return of Death end re;Quest’s inspired combat system. Turn-based menus allow party members to choose a trio of actions, from attacking, guarding, skill or item use, while the positioning system allows for free moments in a large circle much like the Neptunia franchise. But the return of the Knockback system is where things get interesting, with different strikes sending enemies around the ring like a shuffleboard puck. When rebounding, coming into contact with Field Bugs instigates detrimental effects, while collisions with other foes or party member cause injury. The latter is especially gratifying, producing a Knock Blow, that dishes out additional damage. 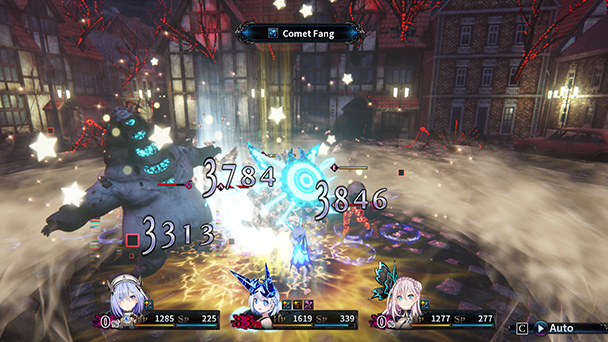 The sole issue is that re;Quest 2 suffers from difficulty spikes. Early on, combat is tranquil, even on the game’s elevated difficulty levels. But soon, it becomes persistently threatening, with adversaries able to deplete an ally’s health in a single attack. And while the occasional frustration will emerge, I suspect role-playing veterans will appreciate the challenge level and sense of urgency that accompanies every turn in Berserker battles. Another gratifying element is intelligence of bosses, who will occasionally refute your hopes of taking advantage of any elemental advantages.

Visually, performs decently on PC, with an output that scales up to 4K. But given the game’s hand-drawn character portraits and CGs, as well as dungeons with meagre texturing, higher resolutions are probably overkill. Save for the occasionally crash experienced when a PC comes out of sleep mode, re;Quest 2 is a respectable performer, effortlessly maintaining a 60fps output on even a middling GTX 1060 card. Sonically, expect solid performances from both Japanese and English voice actors, as well as a driving theme song (“Bug Fixer”) from J-rockers Gesshoku Kaigi. The rest of the game’s soundtrack is also proficient, quietly underscoring yuri flirtations and adding an energetic tension to combat. 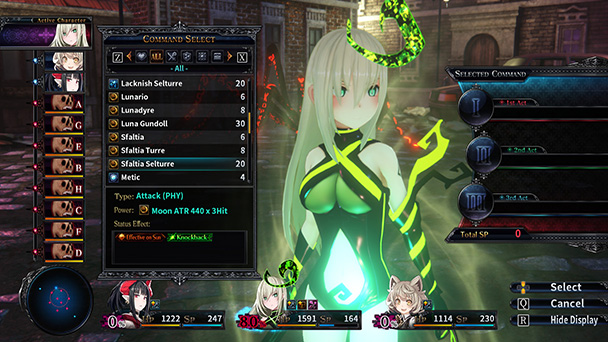 Elevated by interesting characters, and an appealing combat system, Death end re;Quest 2 measures up to the standard set by it’s predecessor. While there are a few gripes, from corners cut for budgetary reasons and difficulty spikes, these issues are largely pardonable given a plotline that’s thoroughly captivating and delightfully unnerving.

Death end re;Quest 2 was played on PC
with review code provided by the publisher. 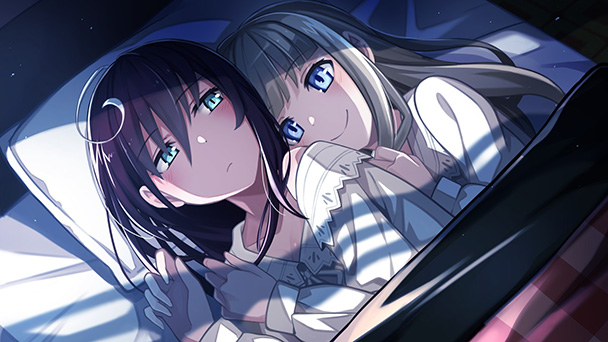 Death end re;Quest 2 review
Death end re;Quest 2 is the all too rare sequel that opts to push a series in a bold new direction, shifting a focus from the world inside a glitched MMO to a creepy women's dormitory where girls are disappearing missing and religious dogma is prevalent. The change ushers in a new tone that brings a muted sense of fright to the proceedings.&nbsp; Death end re;Quest 2 Platform: PC, also available on PlayStation 4 Developer: Idea Factory, Compile Heart Publisher: Idea Factory International Release date: August 18th, 2020 (PC), August 25th, 2020 (PS4) Price: $39.99 on PC&hellip;

Summary : While Neptunia might get the bulk of attention, Death end re;Quest is deserving of its own large fanbase. This sequel solidifies the competence of the series, resisting the urge to deliver more of the same, and pushing its narrative in exciting new directions.