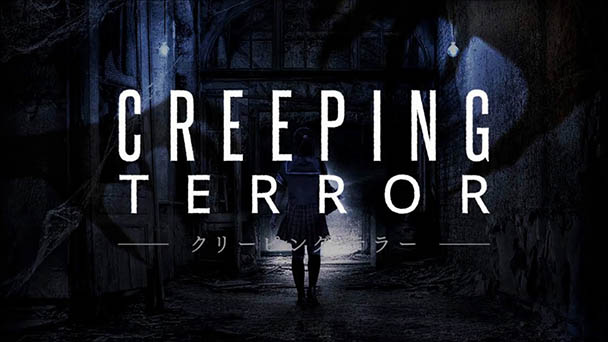 A number of developers have tried to cultivate scares on Nintendo’s dual-screen device with decidedly mixed results. A pair of Resident Evil games brought Capcom’s popular series to the 3DS, but the two titles definitely favored survival over horror. An awkward spin-off of the Fatal Frame series called Spirit Camera: The Cursed Memoir attempted to induce fright, but the game’s augmented reality bits proved more gimmicky than ghastly. Then, there are Corpse Party and the 2008 DS release, Theresia. Likely the portable system’s best frights, they disseminated dread through the mediums of an adventure game and visual novel with mostly positive results.

Given the notable shortage of horror titles on Nintendo’s prolific platform, the release of Creeping Terror is remarkable. Although the title has a number of glaring drawbacks, there are moments when the title is able to establish a brooding atmosphere with only a limited amount of resources. With some small design changes, Creeping Terror could have truly lived up to its title.

Published by Sushi Typhoon Games in Japan, the game’s pedigree could produce misconception. As the interactive arm of the eponymous film production company, cinephiles might be expecting the kind of Takashi Miike-inspired gore and mayhem right out of Ichi the Killer. But venture into Creeping Terror and you’ll find little in the way of shock and schlock. Instead, the title offers an earnest attempt at generating anxiety, highlighted by tense chases from antagonists.

Creeping Terror’s introduction obeys the conventions of the genre, detailing a group of rash teens heading into a derelict mansion driven by the ambition of capturing footage. While there’s not enough dialog to establish distinction between most of the high schoolers, there is at least a bit of playful banter. One character asks Arisa, the sole exchange student, to wear her sērā fuku solely for the purpose of generating more views when the video is shared online. But when Arisa is directed to stand in a corner of a room, the floor gives way, sending the young women plummeting into a subterranean mineshaft. When Arisa awakens after the fall, she’s alone, separated from the rest of the group and searching for a way to reunite with her friends. 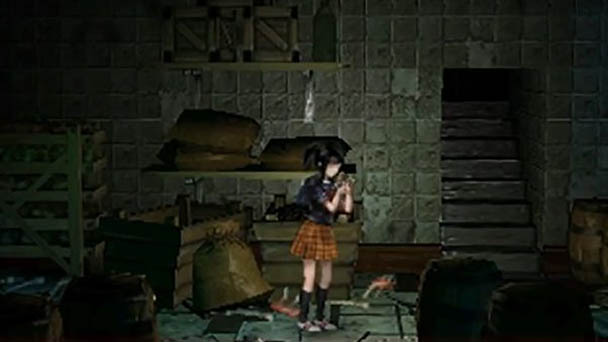 Exploration takes place in labyrinthine environments, as Arisa navigates horizontal environments that have are outfitted with doors, ladders, or cervices points which allows access to other planes. Although the variety of surrounding are typically quite dark, the protagonist can use a mobile phone app to illuminate the area around her, demonstrating Creeping Terror’s impressive lighting model. The use of your phone isn’t unlimited, with an on-screen meter detailing the ever-dwindling level of power.  And while you can be economical, navigating without light presents its own problems. If you don’t have your light on, Arisa will trip over small obstacles like rocks that are scattered about.

But rocks can also be beneficial. Picking up a stone from one of the piles that dot the depths, adds it to your six-item inventory. Occasionally, you’ll need to use to rock to cause a colony of bats to disperse, but more importantly, they can be used to stun a pursuer. Creeping Terror’s moniker stems from foes that will chase Arisa, and if they are able to catch her repeatedly, it’s an instant game over. Early on, the hunter is hulking fiend who carries a shovel with murderous intent. 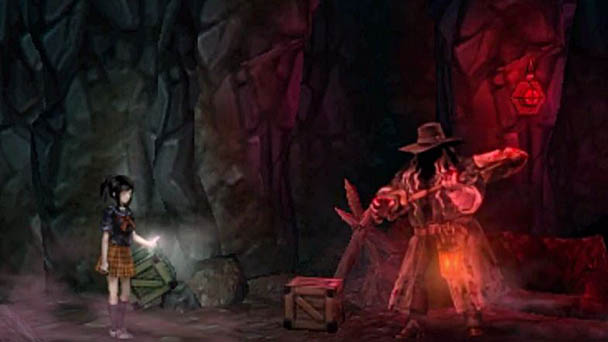 But woefully, the character isn’t very frightening. Some of the problem stems from Creeping Terror’s animations, which uses a joint-based system to depict action. While Arisa, walking, running, and climbing animation seem lifelike, the killer’s actions seem disjointed, undermining the impact. And certainly, Creeping Terror’s could have taken a cue from the original Alien, inducing fear by only offering fleeting glimpses of the antagonist, using sound to signal imminent danger. Another problem occurs when you take shelter from the pursuing threat. Unlike say, Yomawari, hiding completely eliminates danger, instead of the intimidating players with a lingering risk nearby.

The killer’s animation is an anomaly to otherwise adept aesthetics. With 3DS’s stereoscopic abilities activated, there’s a nice sense of depth to exploration that circumvents even becoming distracting. Although there’s some asset recycling which can make environmental sections looks similar, this likely reflects Arisa’s perspective, adding a feeling of disorientation. Luckily, for those who adverse to the felling of being lost, the game has an optional mini-map. Sonically, the game serves up the type of ambient soundtrack that farms fear, filled with ethereal wails and the echo of footsteps in a desolate interior. The sole exception is the incorporation of a driving score when you are being chased, which helps to ratchet up the sense of tension. 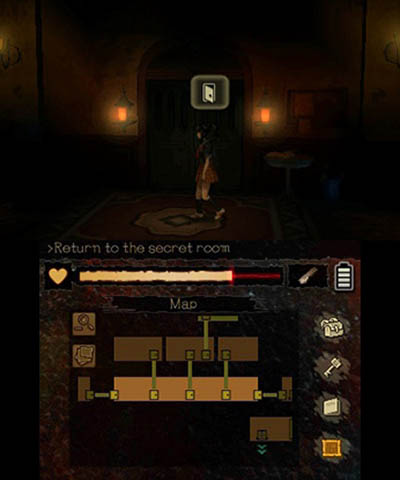 Play Creeping Terror unaccompanied and in the dark, with a pair of headphones on and the title is sporadically unnerving. But too often, gameplay is rotted in the collection of items, and the thanklessness of backtracking. Scares can’t happen persistently, but a good horror title keeps players in a prolonged state on unease, aware that danger in never far. While Sushi Typhoon Games’ effort might appease genre enthusiasts yearning for a good fright, most might be scared away by the tedium of collection and uninteresting foes.

Creeping Terror was played on the 3DS with review code provided by the publisher.

Summary : Scares are hard to come by on Nintendo’s portable system. While Creeping Terror occasionally creates scares, some design decisions constraint the amount of fright.