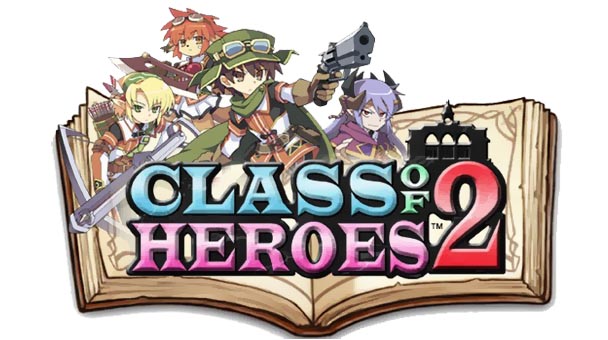 Long before Atlus and NIS America spoiled stateside gamers with sumptuous special edition packages, Working Designs established precedent. Take, for instance Lunar: Silver Star Story Complete for the PlayStation, which offered an unprecedented bundle of well-crafted supplements. Beyond the game, the package included a hardbound book, soundtrack CD, fabric map, and making-of documentary- allowing players to rekindle their memories of Alex’s enchanting adventure. In 2004, the publisher adjoined the second and third games in the Growlanser franchise into a single SKU, even offering a stylish necklace and analog watch for purchasers of the deluxe edition.

Working Designs dissolved in 2005, transforming their output of localized games and ancillaries into a legacy. Yet, for the president Victor Ireland, a number of notable games still warranted an augmented release. One of these titles was Class of Heroes 2, a sequel which offered redemption for its decidedly inferior predecessor (which Atlus released to critical and commercial indifference in 2009). Together, Ireland’s new publishing company Gaijinworks teamed with MonkeyPaw Games to Kickstart a special edition for JRPG fans. Although the campaign wasn’t successful, the two firms remained resilient, initiating a pre-order campaign for a special edition of Class of Heroes 2 which contains both a UMD-based and digital copy of the game. While the 2,500 units of physical media apparently won’t be shipped for another three to four weeks, gamers can now enjoy the $24.99 PSN download on their PSPs and PS Vitas. 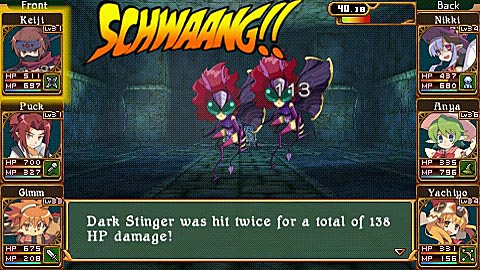 Once the diminutive 221 megabyte download has completed, players are ushered into Class of Heroes 2’s adventurer creation component. Unlike recent release Etrian Odyssey IV, the conception of new characters isn’t required, as the title offers a roster of prebuilt protagonists. However, those seeking stalwart or even synergistic parties will want to venture into the game’s recesses. Here, a bevy of options exist, giving players control over alignment, race, and gender, and the allotment of initial stat bonus. Depending on these factors, different classes become available for each character. Pleasingly, vocational tracks aren’t permanent, with gamers able to shift their members to new occupations.

Mercifully, COH2 waits to lay its grand narrative on players, transmitting a skeletal impetus about a school where adventurers strive to reach their latent potential. Most notable is the succinctness and autonomy Class of Heroes 2 exhibits: the menu-driven system shirks the need to traipse around towns instigating garrulous conversations with idle NPCs. Instead, players choose quests from an every-increasing register of errands. Each of these missions is ranked- typically revolving around a school member needing a particular item or dispatching a certain creature. On the upside, this tasks aren’t bookended by long-winded conversation with little narrative payoff; directions are habitually terse. However, concise contractors occasionally will send parties scouring for an item with meager amount of details. It’s up to players to discover whether items have specific locations or are allocated on a random loot drop. 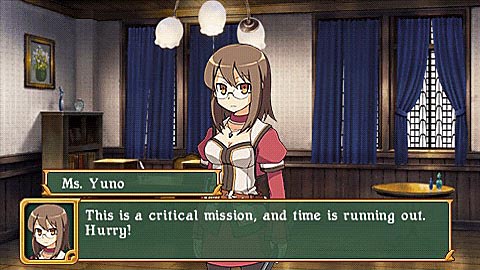 Delving into the title’s interior and exterior dungeons demonstrates a number of improvements over the first Class of Heroes. Wisely, the sequel discards the randomized designs of its ancestor, offering a selection of sizable maps equipped with traps, secret passages, and treasure chests. Adversity comes in two types: periodically players will discover icons which signify elevated challenges- as well as the game’s onslaught of random encounters. While the first person perspective (guided by an optional, translucent map) offers a refreshing change from the rest of Class of Heroes 2’s 2D delivery, the modest polygonal visuals don’t always match the charm of the title’s charismatic sprites.

Combat during exploration adeptly balances tactical options with brevity. Although encounters give players control over battle formation, powered-up group attacks, as well as elemental and class-based advantages, these nuances can be often be disregarded when confronting ordinary dungeon dwellers. Once some of the games more resilient bosses confront parties, then players will be urged to micro-manage every exchange of a confrontation. While the specter of perma-death looms over adventurers, the threat rarely crushes player morale. By that time enemies muster up a serious menace, gamers will have created an emergency bravo team or at least learned to exploit the game’s convenient save-anywhere functionality. 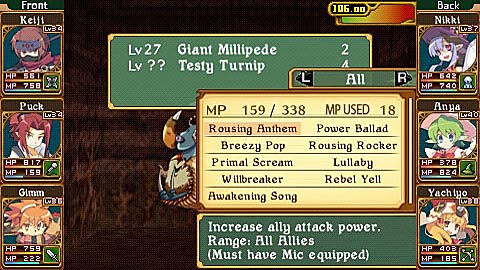 COH2 has one conspicuous advantage over its peers: the game’s sense of scope is astounding. While the Etrian Odyssey and Shin Mega Tensei spinoffs have engaging character customization and demon cultivation components, Class of Heroes trumps them with a cornucopia of equipment choices, prestige classes, and alchemic activities. Initially, the freedom can be daunting, but through a bit of trial and error players will develop their own solutions to the game’s meta-problems. This is especially evident in the later part of the game, where any gaps in a party’s ability set will be revealed by especially formidable foes.

For the last few years, collector’s editions seem to have been issued to pad publisher’s pockets rather than to commemorate the release of a first-class game. While Class of Heroes 2 didn’t get an opportunity to launch with a bevy of bonus items, make no mistake- the game is truly something special, able to captivate PSP and Vita owners with weeks of addictive gameplay. Hopefully, the quality of this adept dungeon-crawl can convince JRPG fans to support collector’s editions for any future franchise localizations. 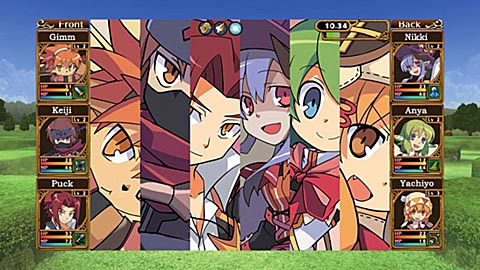 Class of Heroes 2 Review
Long before Atlus and NIS America spoiled stateside gamers with sumptuous special edition packages, Working Designs established precedent. Take, for instance Lunar: Silver Star Story Complete for the PlayStation, which offered an unprecedented bundle of well-crafted supplements. Beyond the game, the package included a hardbound book, soundtrack CD, fabric map, and making-of documentary- allowing players to rekindle their memories of Alex&rsquo;s enchanting adventure. In 2004, the publisher adjoined the second and third games in the Growlanser franchise into a single SKU, even offering a stylish necklace and analog watch for purchasers of the deluxe edition. Working Designs dissolved in 2005,&hellip;

Summary : Fans of the Wizardry or Unchained Blades will appreciate the adversity and complexity offered by this charming journey.