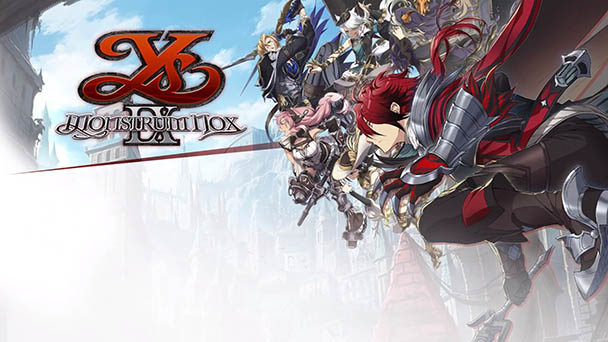 Pleasingly, Nihon Falcom’s latest effort doesn’t tamper too much with formula. At its heart, the game maintains the franchise’s winning formula, with its charming characters and gratifying combat. 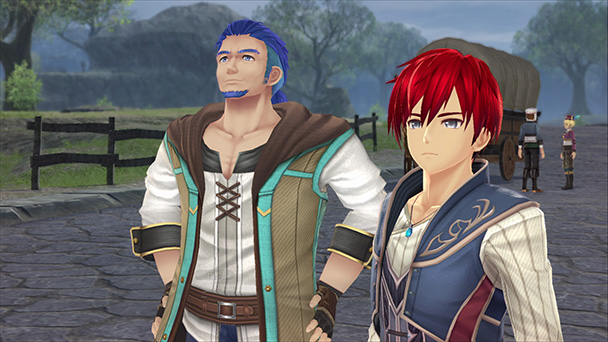 Developers who chase technical innovation habitually break hearts. Once elevated by platforming and adventuring classics like Donkey Kong Country and Banjo-Kazooie, Rare squandered the early 2010s creating a trio of Kinect Sports titles. Similarly, Naughty Dog used to design delightfully cartoonish efforts like Crash Bandicoot and Jak and Daxter. But with the Last of Us series, the studio moved into dystopian worlds that swapped a sense of blissful enjoyment for motion-captured gloom.

As one of the pioneers in the action-role playing genre, Tachikawa-based Nihon Falcom reliably adheres to tradition. Company president, Toshihiro Kondo, has mentioned the method as one of the secrets of their continued success, with Falcom having an untarnished track record. Unsurprisingly, the release of Ys IX: Monstrum Nox doesn’t tamper with success, offering yet another adventure filled with friendship, frantic fights, and a multitude of side-quests. While the PlayStation launch experiences a few technical glitches when played on a PS5, this PC port is amazingly free of major flaw. 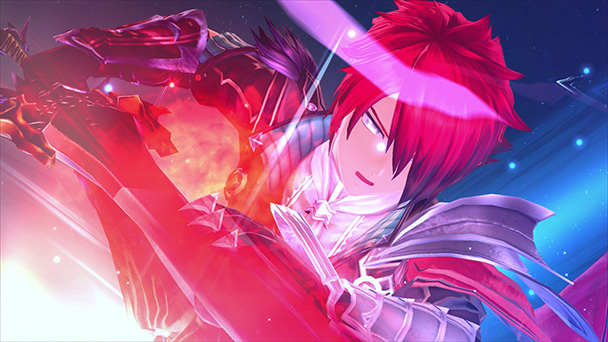 A Curious Chronicle of Multiple Shipwrecks

Ys titles are habitually standalone affairs, typically sprinkling a few references to past games in an effort to express thanks to fans. While there are a few more obscure references than usual to be found, Monstrum Nox is not so different. In keeping with custom, the good-natured, adventurous Adol Christin and his faithful companion Dogi arrive in prison city of Balduq and things immediately go awry. With a group known as Monstrum entering the municipality, the local security force are on high alert. Poor Adol is arrested before he has the opportunity to enter the city.

Sent into the sprawling prison, Adol is grilled by Ingrid, one of the Romun Empire’s top interrogators. She’s aware of Adol’s past and the multitude of shipwrecks and incidents that formed the basis of previous Ys entries. Playfully resetting Adol’s progress, Falcom is poking fun at itself and other franchises where characters habitually forfeit their progress with each new entry. While stakes eventually escalate, Monstrum Nox isn’t afraid of being playful, and its lighthearted approach is one of the game’s virtues. 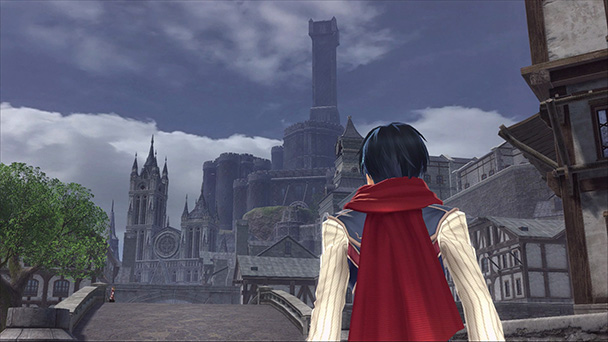 Fortunately, Adol’s prison stint is short-lived, with the prologue serving as both tutorial and escape. But the getaway is interrupted by an interloper who shoots the protagonist with a mysterious green bullet. When Adol awakes he’s endowed with a new power, similar to a grappling hook, and a new nickname, the Crimson King. Another revelation is the presence of five others with special abilities. From White Cat’s ability to run up the side of walls (Heaven’s Run) to Raging Bull’s aptitude for wall smashing (Valkyrie Hammer, rivaling Dogi’s distinctive trait) each has their own talent. The downside is that each Monstrum can’t leave Balduq, propelling the team into action around the city. But Adol’s fugitive status means he has to keep a low profile around town. So, he dons a blue wig and red scarf, resembling many role-playing leads. Sly one, Falcom.

Expectedly, players are able to harness the abilities of Team Monstrum, switching between party members when tacking foes. Fighting remains wonderfully hectic, with strikes conveying a bit more weight than the last few Ys entries. Pleasingly, up to four special moves can be assigned to each character and additional distinction is found in fighting style, with combatants specializing in either the pierce, slash, or strike attribute. For swift-fingered players, the Flash Guard and Flash Move techniques return, rewarding precise shielding and sidesteps with an offensive boost. Commonplace combat gradually fills the game Nox meter and when the gauge is full, Adol and the five Monstrum will be whisked away to an alternative version of Balduq, known as Grimwald Nox. Not unlike the tower defense battles of Ys VIII, this is where the action reaches its most heated levels, with success opening up new parts of the city. 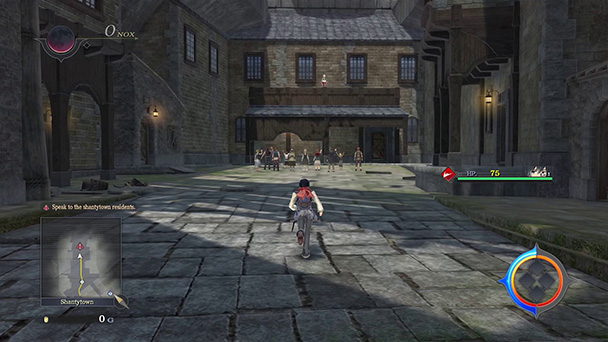 Given the game is set on in a prison city, it’s not surprising that Ys IX flirts with the concept of restraint. Initially, you’ll be confined to a rather small section of Balduq, and things feel a bit cramped in this district. To make matters worse, Monstrum Nox’s drab palette lacks the vibrancy of previous entries. But gradually, you’ll unlock additional areas, opening up the possibility of exploration with the capabilities of your Monstrum crew. Here, among the soaring spires reflective of gothic architecture, you’ll find a growing number of collectables to reward your explorational pursuits. Although the game’s chapter-based format pushes against a pure, open-world experience, the thrill of free roaming is abundant. Monstrum Nox injects verticality into its world, giving plenty of opportunities for discovery. Hopefully, this won’t be a one-off design decision.

Similarly, Balduq feels off-putting at first, with your immediate arrest and incarceration. But you’ll soon encounter a friendly fellow inmate inside, who assists with your escape. Unsurprisingly, getting to know your fellow Monstrums offers expositional rewards. From uncovering the inspirations for a Robin Hood-type of character to the provocations of a wrathful fighter, Ys IX backstories, ideologies, and character arcs are enormously satisfying and make up for minor absences like the lack of an animated cinematic. But to get the most out of the game’s exposition, you’ll want to undertake the side quests found on the town’s bulletin board. Sure, some of these can feel like filler. But others offer reveals that help congeal Monstrum Nox’s broader storyline. And perhaps, you’ll notice the nod to Brandish. 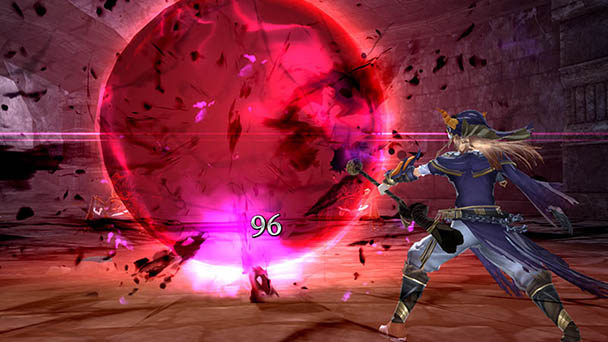 My original experience with Ys IX was demoralizing, with the pre-release version crashing frequently on the PlayStation 5. Between losing progress numerous times and having to borrow a PlayStation 4 during the midst of a pandemic to complete the review, the troubles tainted what should have been an enjoyable game. Fortunately, these issues with fixed just before launch.

Agreeably, the adept performance of Ys IX’s PC port helped to build new, more satisfying memories. Sure, there’s the occasional hiccup, with a bit of pop-in evident as you make your way through Balduq. But a host of customizable settings permit anyone from at least a GTX 1060 to run the game fluidly. With options for everything from sampling rating, shadow quality, as well as draw distance and foliage density, there’s room for plenty of customization. Naturally, you can adjust requisites such as resolution, display mode, depth of field, and framerate ceilings as well. About the only pressing issue in the inability to Alt-Tab when in the game. 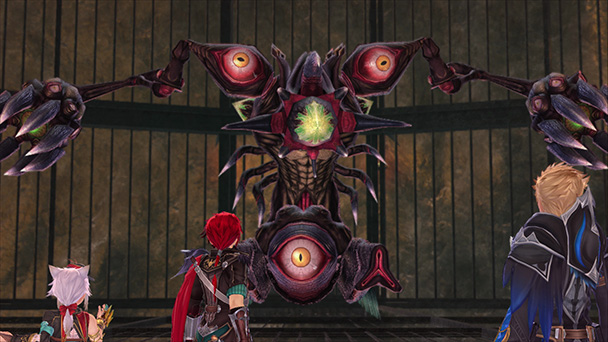 Considering Ys VIII’s scorned localization at launch, many might also be concerned about Monstrum Nox’s Western adaptation. Thankfully, it’s been handled proficiently, with a script that maintains the lighthearted dialog as well as captures the more somber themes from the original script. In keeping with custom, Falcom Sound Team jdk delivers another sonic winner. With tracks that range from soothing melodies to pulse-quickening anthems, the soundtrack preserves Falcom’s status as having some of the best composers in the business.

While the city of Balduq might be drab and brooding, Falcom never lets the setting suppress the enjoyment in their ninth franchise entry. Combat is enjoyable, the cast is endearing, and as always, the soundtrack elevates the action and exploration. Whether you are a newcomer or Ys veteran, Monstrum Nox is poised to please almost everyone.

Ys IX: Monstrum Nox was played on PC
with review code provided by the publisher.

Summary : Nihon Falcom’s untarnished track record remains intact with Ys IX: Monstrum Nox. While the concept of confining Adol to a prison city might seem restrictive, the approach allows players to truly appreciate the freedom of exploration. Let’s hope the verticality is here to stay.