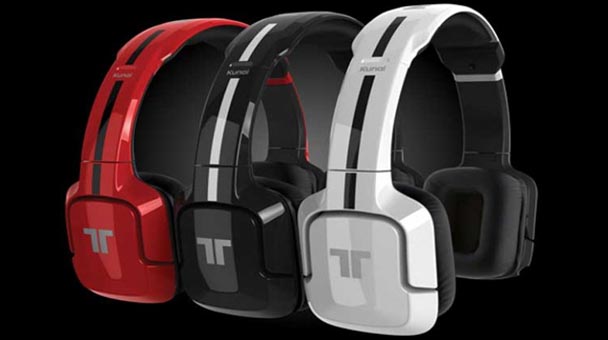 Shopping for a premium headset is a fairly clear-cut task, with many high-end devices providing a comparable quality-to-cost ratio. However, when it comes to more economical headphones, things can get trickier. Budget priced peripherals often exhibit a broad range in comfort, fidelity, function, and build quality. In the console environment, the Tritton Kunai has demonstrated a winning balance of price and performance. Now, San Diego-based gaming accessory manufacturer Mad Catz has adapted the Kunai’s successful design decisions, extending a comparable unit for owners of PC, Macs, and portable devices. Although the headset may lack sophisticated features like Surround Sound, the unit delivers an unexpectedly rich sonic output at an affordable $60 USD price.

Opening up the Kunai’s box, it’s clear that Mad Catz favored product protection over convenience. Although the packaging eschews the irritating polystyrene clamshell container used by many budget devices, extracting the headset from its cardboard cocoon proved to be a bit cumbersome. On the upside, buyers can be assured of the product’s safety- a plastic insert within the box keeps the Kunai safeguarded from the jostles of delivery transit and the often turbulent handling of store clerks. Inside the carton, buyers will find the headset, an inline control device, a detachable microphone, Tritton stickers, as well as a superfluous quick-start trifold guide. 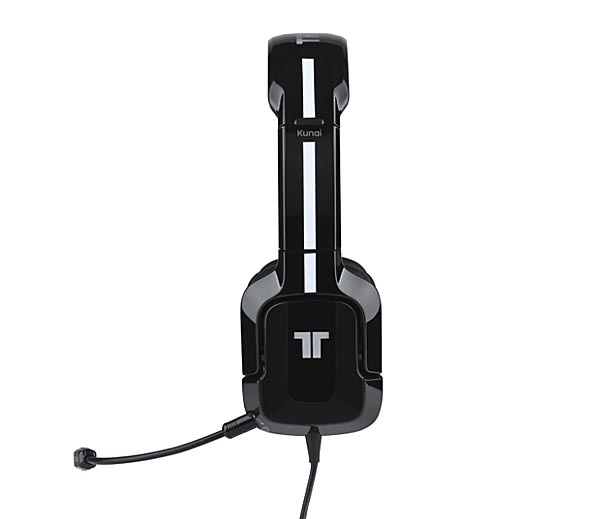 Essentially, connecting to Kunai to a device is an effortless task. PC and Mac Owners insert the inline controller’s color-coded 3.5mm plugs into the corresponding ports of their computer, before plugging the Kunai cord into the other side of the remote. Gamers who want to use the headset with a PS Vita, Nintendo DS/3DS, Wii U GamePad or smartphone simply plug the headset directly into their device. Pleasingly, the peripheral uses a 4-conductor TRRS connector, which means that Android or iPhone owners can take advantage of the Kunai’s microphone. For those with an Xbox 360, PlayStation 3, Wii or legacy consoles, the unit can be plugged into a 3.5mm output socket or a television or audio receiver. With a total cable length of 9.8 feet/3.0 meters, only those with decadently expansive game rooms should have a problem with the peripheral’s reach.

Although the Kunai doesn’t have any built-in equalization options, the sonic output of the headset is commendable for most tasks. When playing PC titles such as Battlefield 3 or Sniper Elite weapon blasts and explosions felt substantial, lacking the tininess exhibited by many comparatively-priced headsets. In Assassin’s Creed II, small details such as the bow stretch and subsequent release of an arrow by enemy archers were apparent, confirming the Kunai’s articulation of delicate aural details. This level of performance was matched by portables- with Dead or Alive 5 Plus for the Vita revealing a nice punchiness amidst the pugnaciousness. Fire Emblem Awakening’s stirring soundtrack soared, only repressed by the hardware’s restriction on decibel production. 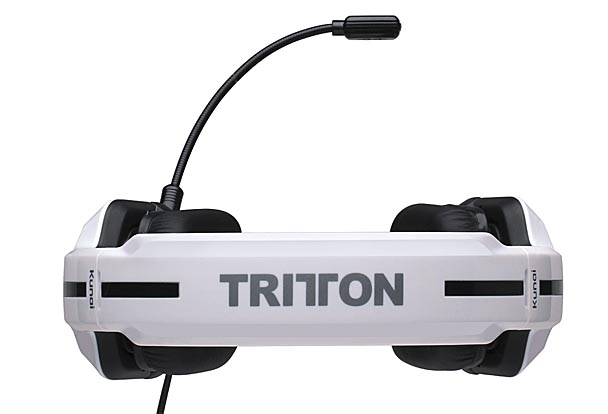 Musical reproduction was nearly as adept. Adele’s “Rolling in the Deep” summons a persuasive, stomping percussion, although the Kunai can’t quite capture the crispness of the vocalist’s soaring high notes. The sinuous electrofunk bassline of Daft Punk’s “Get Lucky” demonstrates the prowess of the Kunai’s 40mm drivers, underscoring the nuances of the Nile Rodgers-produced track. Gratifyingly, even when the volume levels are cranked to capacity, the Kunai exhibits little distortion.

Commendably, the Kunai’s directional microphone is just as competent as its neodymium drivers. The fidelity of voice chat is comparable to the peripheral’s higher-priced brethren- the Tritton F.R.E.Q. 5 and F.R.E.Q. 7, offering a pleasing slice of the sonic spectrum and a bendable arm that ensures proper mic placement. Although the Kunai isn’t marketed as such, the device is ideal for entry-level podcasters. For those with little interest in Skype, voice chat, or recording, the Kunai’s microphone easily detaches with a quick twist and pull. 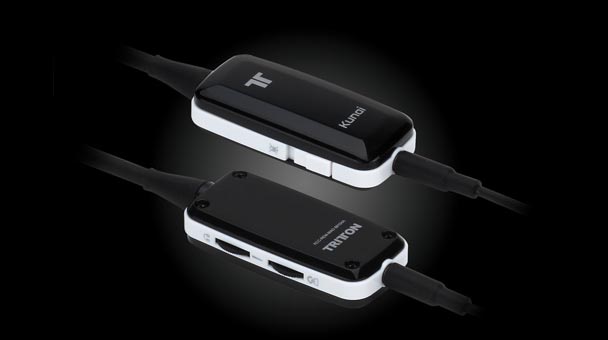 Another area where the Kunai follows Tritton tradition can be found in the device’s superior build quality. Although the headset’s skeleton is leaner than the F.R.E.Q. series, the Kunai uses comparable materials- offering the same faux-leather padding at the apex and over each ear cup. Like Mad Catz’s other line, the ear cups rotate along two axes. Vertical swing automatically adjusts to the shape of the user’s head, while the cups ability to spin inward allow the Kunai to worn around the neck without obstruction. Mercifully, the peripheral’s sinewy frame holds another advantage: the device is pleasingly light. Even after hours of continual use, the usual signs of headphone didn’t creep in when using the headset. Available in red, white or black finishes, the angular ear cups and tasteful branding ensures that the device isn’t a garish eyesore. Aesthetically, the onyx Kunai is one of our favorite headphone designs.

With a svelte profile and the ability to function with computers, consoles, as well as portables and smartphones- the Kunai’s design favors transportability. Unfortunately, Mad Catz doesn’t include any kind of carrying bag to protect the headset’s gloss finish from marring. Save for that omission, the Kunai is peerless in the budget gaming headset arena, offering praiseworthy performance and commendable build quality. 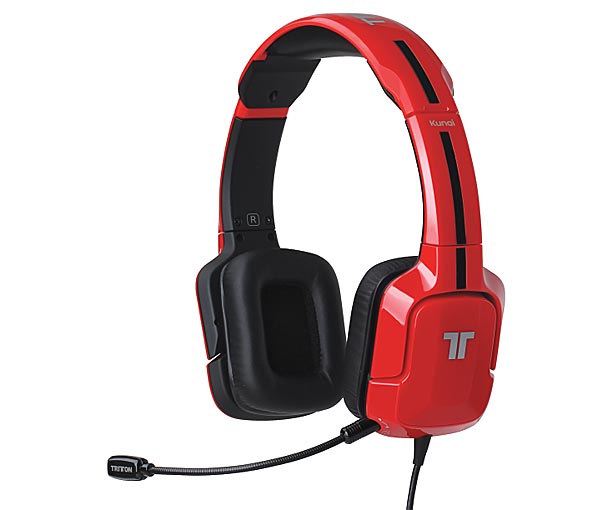 Tritton Kunai Universal Gaming Headset
Shopping for a premium headset is a fairly clear-cut task, with many high-end devices providing a comparable quality-to-cost ratio. However, when it comes to more economical headphones, things can get trickier. Budget priced peripherals often exhibit a broad range in comfort, fidelity, function, and build quality. In the console environment, the Tritton Kunai has demonstrated a winning balance of price and performance. Now, San Diego-based gaming accessory manufacturer Mad Catz has adapted the Kunai&rsquo;s successful design decisions, extending a comparable unit for owners of PC, Macs, and portable devices. Although the headset may lack sophisticated features like Surround Sound, the&hellip;

Summary : With exemplary aural output and pleasing aesthetics, the Tritton Kunai is one of the best headsets in its price class.