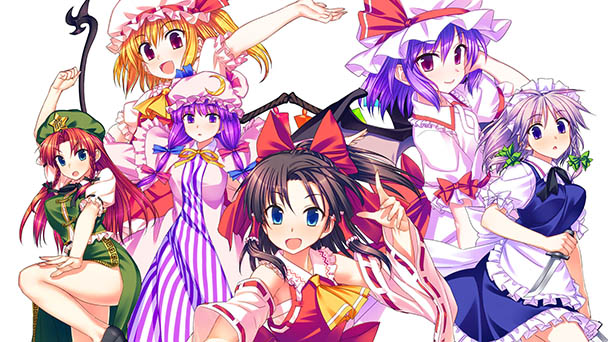 Pugnaciousness doesn’t have to rooted in quarter-circles and z-motions. While the finger gymnastics required by the Street Fighter, Guilty Gear and BlazBlue franchises are an apt substitute for conveying martial art mastery, they’re not the only way to depict fighting. From the third-person, arena-based perspectives of Battle Arena Toshinden, Power Stone, and ARMS series to the bullet-hell battling of the Senko no Ronde series, confrontation has been exhibited in a number of styles and visual perspectives.

Delve into the recent PlayStation 4 and Nintendo Switch release of Touhou Kobuto V: Burst Battle and you’ll find an ambitious amalgam of these aforementioned designs. Originally released at Comiket 79 and updated for release upon Sony’s Play, Doujin! Distribution system, the title plays like a three-dimensional version of Senko no Ronde, tasking opponents with pelting one another with projectiles and the sporadic melee attack. Imagine one of the Naruto: Ultimate Ninja games with smaller arenas and toned-down jutsu and you’d likely understand what the doujin circle known as CUBETYPE was attempting. 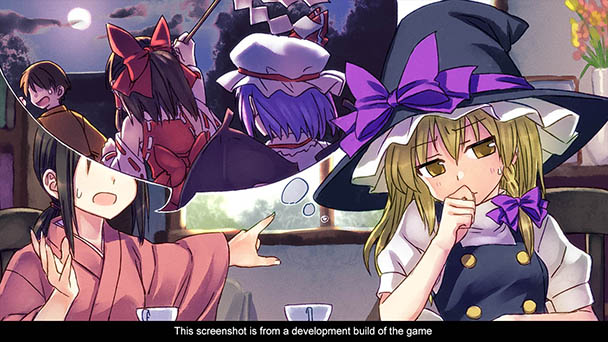 Touhou Kobuto V’s story mode is a guided affair, with players taking control of Reimu Hakurei, the customary protagonist for the Touhou Project series. When tending to her daily duties as a shrine maiden of the Hakurei jinja, she overhears an unseen person declining to give an offering at the shrine’s coin box, stating that they heard Reimu was conspiring with Remilia, the owner and caretaker of the Scarlet Devil Mansion. Unsurprisingly, her investigation entails confronting a succession of opponents and is punctuated by a battle with a yukkuri- a giant disembodied character head. Told in a visual novel style with text and nicely drawn illustrations, the plot is relatively simple, but the numerous references might be lost on those not familiar with the Touhou mythos. Worse, subsequent treks through the story are bound to induce fatigue, as the succession of battles don’t demonstrate a lot of diversity thanks to a handful of venues and less than ten different opponents.

Likely, the game’s actual battles won’t win players over either. While each combatant can double jump, dash, melee and has access to an arsenal of projectile-producing, chargable attacks, combat isn’t precise or pleasing as it should be. Some of the problem is rooted in Kobuto’s attempt to shoehorn Senko no Ronde’s gameplay into the third dimension. For one, you don’t have much control over the trajectory of your bullets, making it especially difficult to strike a leaping opponent. Dodging incoming assaults involves the longstanding tactic of maneuvering between the veils of shot, but Kobuto’s character control doesn’t extend much exactitude, creating a second issue. 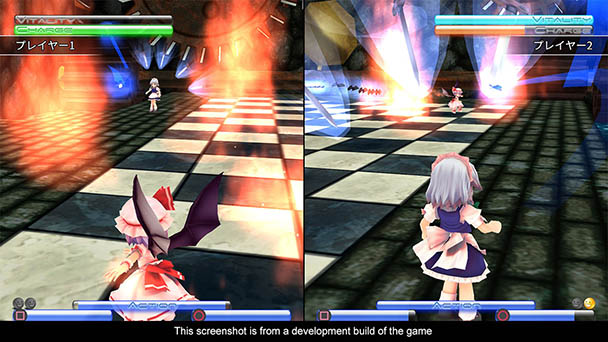 There’s a distinct possibility that you might feel that you’re playing Burst Battle incorrectly. Part of this uncertainty might stem from the lack of any tutorial. As such, elements like the character specific spell cards might even go unnoticed by players who don’t investigate the title’s depths. Even if you decide to invest time and plumb Kobuto’s depths, confrontations are largely simplistic. Ideally, the game would have included a secondary risk/reward mechanic much like the gems in Power Stone.

Visually, Kobuto’s output looks rooted in the Dreamcast era, with cute but unsophisticated, chibi sprites and a constrained amount of animation. Backdrops fare little better, with the square arena highlighted only by the occasional uses of environmental barriers. Sonically, the Touhou games are often recognized for their consistently solid soundtracks. Disappointingly, the melodies here seem as dated at the graphics, most lacking any kind of memorable quality. While both the PlayStation 4 iteration showcases VR-driven single-player matches, there’s no enough graphical splendor in Kobuto to justify the inclusion. 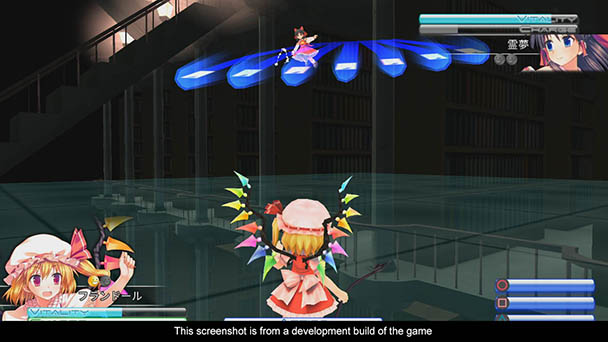 With titles like Touhou: Scarlet Curiosity and Touhou Genso Wanderer, players might have grown accosted to doujin-developed Touhou spin-offs which rival the quality of big budget commercial games. Despite enhancement after the original Comiket release, Touhou Kobuto V: Burst Battle doesn’t exhibit a similar type of quality. While there is enjoyment to be found, especially when two people studied the game’s mechanics, many are destined to be disappointed by the title.

Touhou Kobuto V: Burst Battle was played on the PlayStation 4
and Nintendo Switch with review code provided by the publisher.

Summary : Touhou Kobuto V: Burst Battle demonstrates the difficulty is creating a 3D, arena-based fighter. Sure, the game’s fundamentals seem promising, but a lack of programming polish ultimately undermines the experience. This for the most forgiving and fanatical Touhou fans.