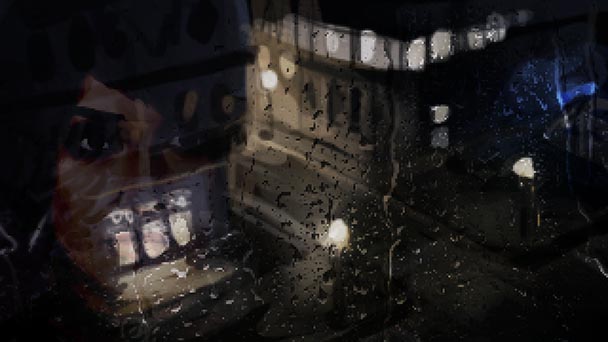 Big budget horror games have done a good job of utilizing surprising jump-outs or gory graphics to terrify gamers, but sometimes they lack that lingering feeling of dread which follows you into your bedroom as you try to fall asleep at night.  Ambiance is everything in a horror genre title, and there’s something pervasively haunting about a slow build of suspense intermittently punctuated with moments of shock.  Lovers of the slow build and the eerie and dark detective work of the film noir genre will be drawn to The Charnel House Trilogy, as it successfully delivers both in this short but well-polished title.

The Charnel House Trilogy is the latest release from Owl Cave Studios. Owl Cave established itself as a purveyor of provocative and eerie storytelling with their previous releases Richard & Alice and Sepulchre.  Sepulchre now finds a home as the centerpiece of the trilogy of Charnel House.  Nestled between the chapters “Inhale” and “Exhale,” the trilogy utilizes shifting character perspective to deliver a broader view of the horror that Sepulchre initially introduced.  The newcomer to the scene is Alex Davenport, who is the featured POV of Inhale and Exhale.  The game starts in Alex’s apartment and then moves to the train where Sepulchre and Exhale take place.  The switching POV is especially enjoyable as the characters have notably different personalities, and their approach and reactions to the events on the train offer players a varied emotional experience in response to the storyline. 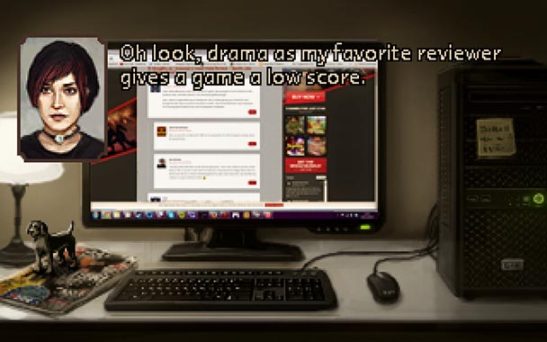 There are a lot of subtle nuances in Charnel House that help deliver this powerful combination of ambiance and eeriness.  Each scene has its own environmental effects which contribute to the atmosphere.  In Alex’s apartment, rain and thunder create a downward, sinking feeling of movement, while at the same time the narrative draws the player in and down the rabbit hole.  Aboard the train, the sounds of the moving locomotive and scenery whipping past the windows create an undulating feeling of movement.  This feeling echoes the progression of the story as it swings between the slightly eerie and the overtly horrific.  Additionally, the ongoing sense of motion helps build a tension that propels the player through the game.  This also gives extra emphasis to the moments in the game where the motion stops, which causes players to feel jarred, adding to the eerie experience.

The voice acting is also superb.  Madeleine Roux, who plays the voice of Alex Davenport, does an exceptional job with her intonation and emphasis.  The voice work of the main and supporting characters is quite realistic, and the dialogue is a humorous mix of self-deprecation with witty tongue in cheek comments about the game’s events.  Many current indie titles have chosen to go with simplified graphics and focus instead on the atmospheric elements of a game. Charnel House certainly does this, and the quality of the voice acting is one of the elements which contributes to the believable and compelling game reality. 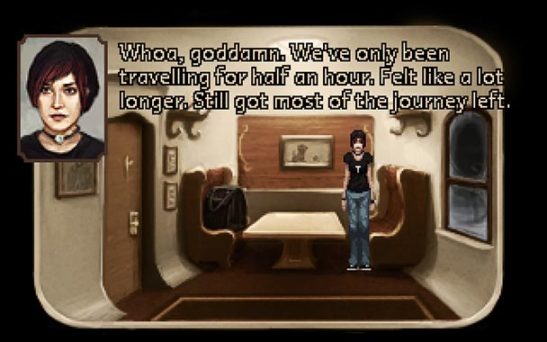 One of the only downsides to the intrigue created by the game is that it leaves many questions unanswered.  The end of the title promises to deliver more in the next release, and so an amount of anticipation created by unanswered plot points is to be expected.  But there were several inquiries which seemed to deserve an answer in this title and there was a bit of frustration in not finding resolution to these queries in this release’s storyline.

The plot itself is fairly simple and realistic, right up until it descends into the surreal horror which the game characters have to endure.  To say more about it would risk getting into spoiler territory, so suffice it to say that players would do well to thoroughly examine all of the accessible elements and communications available in a given environment.  These interactions are not particularly complex, but they add greatly to the dynamic of the story and to the experience of both the game character and the player. 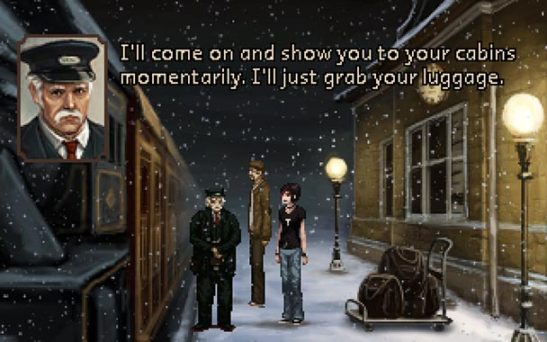 Overall, The Charnel House Trilogy is easy to recommend.  With its short length, low price point, and solid game play and story elements, players will quickly find themselves eagerly awaiting the next title of the series.  Lovers of the horror genre should find the suspense pleasing, and even the most hardened horror fan is likely to find that the game offers some undeniably creepy moments.  I recommend playing it in the dark.

The Charnel House Trilogy was played on the PC with review code provided by the publisher.

The Charnel House Trilogy
Developer: Owl Cave
Publisher: Mastertronic
Release date: April 16th, 2015
Price: $5.99 via Steam, free demo available
The Charnel House Trilogy review
Big budget horror games have done a good job of utilizing surprising jump-outs or gory graphics to terrify gamers, but sometimes they lack that lingering feeling of dread which follows you into your bedroom as you try to fall asleep at night.&nbsp; Ambiance is everything in a horror genre title, and there's something pervasively haunting about a slow build of suspense intermittently punctuated with moments of shock.&nbsp; Lovers of the slow build and the eerie and dark detective work of the film noir genre will be drawn to The Charnel House Trilogy, as it successfully delivers both in this short&hellip;

Summary : The most successful element of Charnel House has to be its adherence to mystery and suspense. While the point and click elements are not particularly complex, they flow smoothly and deliver in humor what they lack in difficulty. The voice acting and atmosphere draw the player into the storyline and the multiple moments of revelation deliver a hell of a punch.