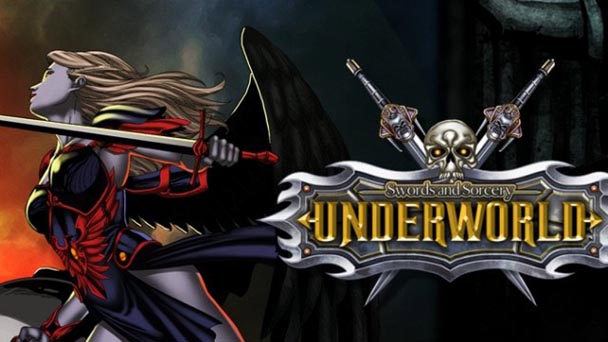 Being an indie developer often means working with a skeleton crew under a tight, sometimes non-existent budget. Of course, this results in small versatile teams capable of rapidly adapting to any challenge that comes their way, while focusing on genres or gameplay elements which have long been abandoned by larger developers.

Swords and Sorcery – Underworld – Definitive Edition may be an extreme case within this paradigm. Originally released in 2012, the game is a throwback to the classic Might & Magic and Wizardry series, and in this regard it manages to perfectly encapsulate their gameplay mechanics. With that said, while playing Swords and Sorcery, you will be staring at same colored walls for hours on end, and view character portraits that do not scale properly depending on the menu you open resulting in a loss of image quality.

In combat, your foes are represented by single images with no animation frames and only the most minimal of effects to represent physical or magical strikes. All of this takes place with only the paltriest of audio. Walking through town you hear birds chirping and your own footsteps, but not much else with music only kicking in when combat commences. 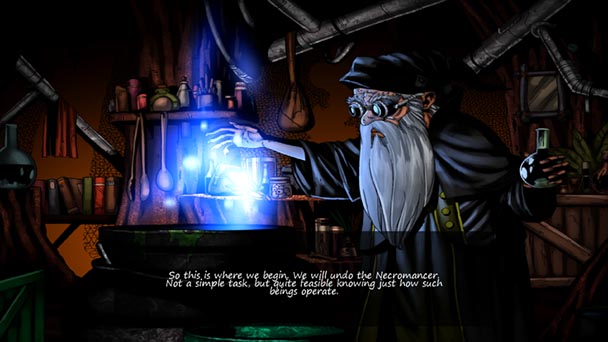 One could argue that when Swords and Sorcery launched, there was no direct competition save for a few PC games that were almost old enough to vote. However, since the game’s original launch in 2012 and its 2016 definitive edition we’ve witnessed a resurgence in the genre with titles like Mighty & Magic X and The Legend of Grimrock series.

It’s not often I dedicate such a large portion of a review to a game’s visuals and audio, but the issue is that standards by which we hold indie games has evolved drastically in just a few years. Swords and Sorcery feels downright ancient, but not in its intended way, the game doesn’t feel like an MS-Dos game, rather, it feels like a modern indie game with low production values.

Gameplay-wise, anyone familiarized with the classic Mighty & Magic, Wizardry and Goldbox series should easily become accustomed to Swords and Sorcery’s basics. Booting up the game,  you can create a party with up to six members, but with only six classes to choose from you are not required to carefully plan ahead nor are you encouraged to replay through the campaign with a different team structure should you wish to. For better or worse, it ensures you will always begin with a balanced party, leaving little room for experimentation. 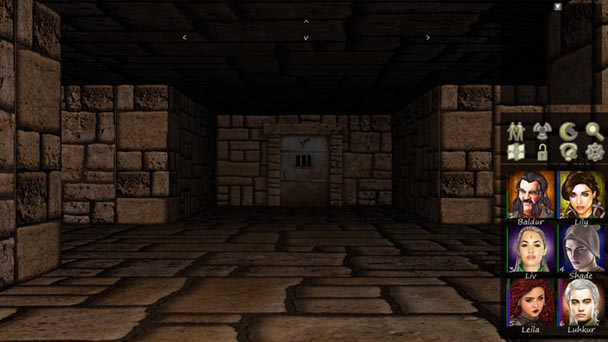 In fact, there is little incentive to experiment with any other party, as the difficulty practically makes the choices for you. The tutorial area for example, entices you to engage in several battles against enemies who can easily oneshot even your strongest knight, forcing players to adopt a less direct path and adding at least one rogue and one healer right from the get-go. Of course, the aforementioned knight is also required in later fights so half of your party has already been selected for you without the player even realizing it.

The entire first hour of the game acts as a grind session in which you walk around town waiting for random encounters, learning which foes to fight, which to run from and when to use your rogue’s assassination technique. This process should then be repeated until every character levels up and you earn enough money to purchase better gear.

Combat is a random encounter and turn-based affair as one would expect from the genre, however, it adds an interesting mechanic of distance in which you can order characters to get within or out of melee range. Your enemies also have this option, so learning which ones prefer long range or close range combat is an advantage as they can waist an entire turn trying to achieve optimal distance while the rest of your party inflicts damage. 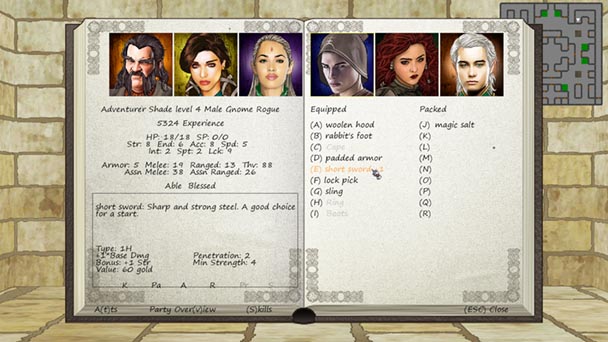 After each battle you can either return to the inn to rest or set up camp in the dungeon yourself, though be aware this costs food, water and you can still be attacked in the middle of the night.

Magic also uses an interesting twist, not only do you have to keep an eye on your priest’s and sorcerer’s spell points, but you also have to ensure they have enough raw material to cast their spells. Priests will turn water into holy water, this will dwindle your water supply, but enables that specific class to heal, cast spells and bless your entire party, allowing it to damage the undead. Sorcerers must collect runes which are occasionally dropped by downed attackers, so additional grinding may yet be required.

Grinding plays an integral part of Sword and Sorcery’s experience. Its high difficulty is not exclusive to the tutorial and intro areas, it will permeate your entire playthrough. This is the sort of game where one wrong move or an unlucky hit can instantly kill a character. 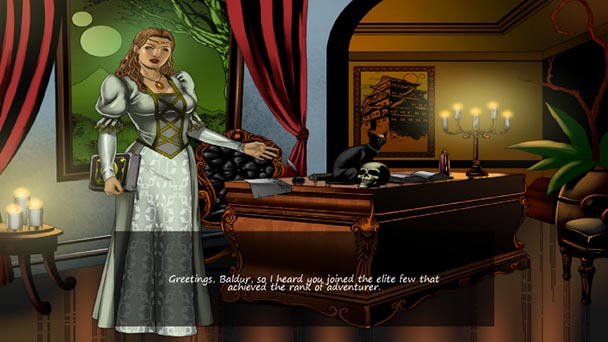 Here lies the crux of Sword and Sorcery, overcoming entails extreme adversity, but this is more of a feature than a flaw as the games it tries to emulate shared this trait. Its gameplay is generally standard for the genre, but the added complexity of distance is a welcome gameplay twist. Unfortunately, it’s now competing with better looking, better sounding games which frankly, offer more for the time investment required to complete it.

Swords and Sorcery – Underworld Definitive was played on the PC with review code provided by the publisher.

Swords and Sorcery – Underworld Definitive
Platform: PC
Developer: OlderBytes
Publisher: OlderBytes
Release date: December 15, 2015
Price: $14.99 via Steam
Swords and Sorcery – Underworld Definitive Edition
Being an indie developer often means working with a skeleton crew under a tight, sometimes non-existent budget. Of course, this results in small versatile teams capable of rapidly adapting to any challenge that comes their way, while focusing on genres or gameplay elements which have long been abandoned by larger developers. Swords and Sorcery &ndash; Underworld &ndash; Definitive Edition may be an extreme case within this paradigm. Originally released in 2012, the game is a throwback to the classic Might &amp; Magic and Wizardry series, and in this regard it manages to perfectly encapsulate their gameplay mechanics. With that said,&hellip;

Summary : Sword and Sorcery pays homage to the computer RPG classics of old and ends up being a relic itself, but not for the best of reasons.