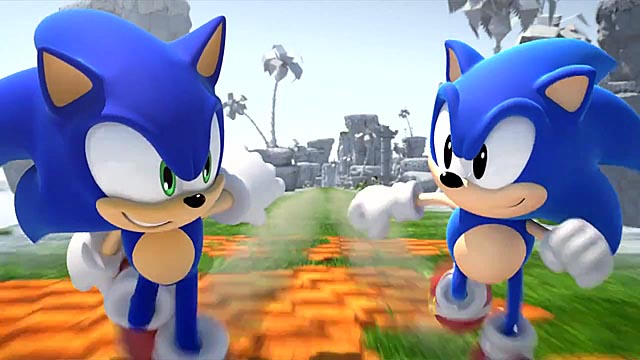 Beyond a flimsy, bilingual leaflet which reveals where Sonic Generations’ actual instruction manual can be downloaded, there’s something else inside the game case: a heaping pile of vindication. Playing through remixed renditions of stages culled from the franchise’s twenty-year span, gamers are likely to pardon Team Sonic’s past transgressions- forgiving werehogs, clunky playing perspectives, and the gun-toting Shadow in one exhilarating dash through a revitalized Green Hill Zone or Sky Sanctuary. Heck, even Crisis City, a level from 2006’s oft-criticized Sonic the Hedgehog has been transformed into a pleasingly dystopian thrill ride, solidifying Generation’s absolution.

With a story that parodies the contrived plotlines which have shepherded the Sonic series, Generations’ unites the mute, portly hedgehog with his loquacious alter-ego. Despite a similar visual appearance, each Sonic has a distinctive repertoire of moves. Classic Sonic complements his renowned jumping capabilities with a spin dash which now speeds up spontaneously with a press of a button. Traditionalists might dislike the adjustment, but a downward press on the directional pad still allows a bit of button mashing to charge up the blue wonder. Modern Sonic’s augmented arsenal includes homing attacks, wall leaps, and ground pounds- moves made famous by the hedgehog’s post-Dreamcast launch excursions. 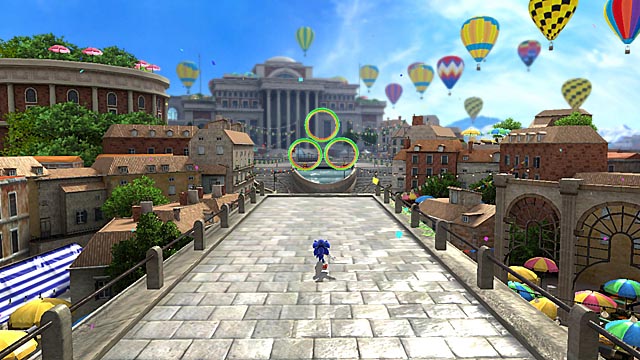 Sonic Generations’ nine stages are been plucked from the series’ most memorable locations and offer two variants. For Classic Sonic, there are the principally 2D-based affairs- which sporadically shift perspective to exhibit the power of the game’s graphical engine. The contemporary character receives 3D realms furnished with corkscrews, zip lines, and launch pads capable of sending the player hurtling through the air. With their sharp turns, ballistic speeds, and soaring jumps, these stages can feel like a bullet train skating atop a rollercoaster track. With their vibrant colors and wild architecture, these levels offer some of the most hyperkinetic splendor, contemporary gamers have ever witnessed.

Occasionally, the surplus of visual spectacle can come at a price. The game’s introductory two dimensional stage- a remake of the celebrated Green Hill Zone, flaunts detailed sunflower and palm-lined, checkerboarded backdrops which blur as Sonic hit top speed. Occasionally, the sense of speed can be overwhelming, requiring even veteran players to adjust to the game’s pace, which intermittently gives players a split-second to make a lifesaving maneuver. Players can expect a fair share of cheap deaths, as the sapphire sprinter takes a careless leap, encounters an expected foe, or inexplicably fails to lock-on to an adjacent foe. Despite Sonic’s recurrent ring-letting and plunges, a frequent number of checkpoints prohibit players from becoming too frustrated. 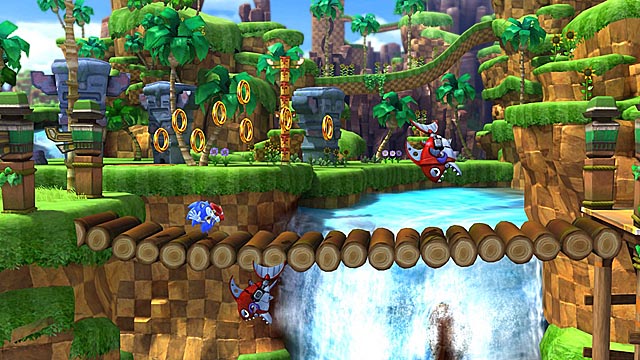 More likely players will take issues with the game’s length; with eighteen stages across the nine environments the game’s main campaign can be completed in about six hours. Fortunately, there is supplemental content including a bevy of challenges, a trio of boss battles, and even rival battles against Shadow, Silver and Metal Sonic. Recalling the contests in Sonic Rivals, these trials task gamers with eluding enemy strikes and delivering a counterattack during key moments of susceptibility. Success if these activities reward players will skill point which can used to augment the abilities of the hedgehog and even unlock the original SEGA genesis title.

For years, SEGA has assured gamers that each new Sonic title would offer a return to form for the exalted erinaceid. With Sonic Generations, the publisher finally makes good on their promises, providing the best jaunt for the hedgehog since the days of lock-on technology. While the title may be on the short side and the new ‘blast processing’ might sear your retinas, Generations is an outstanding return to form. Welcome back, Blue. 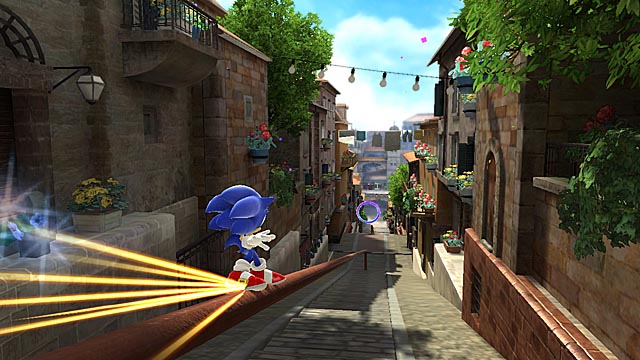