Serment – Contract with a Devil review 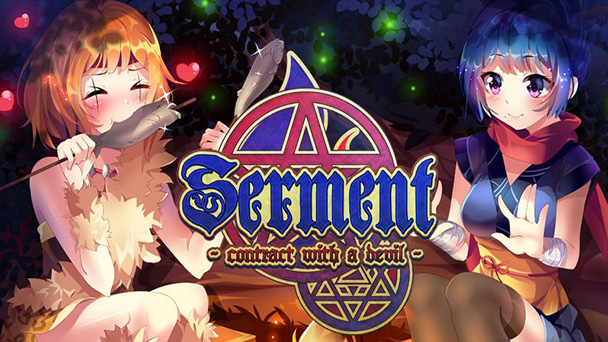 Why the Hell is Everyone so Nice Here?

Great, I’ve died and gone to hell. But waking up in the demon world isn’t all that bad. Instead of the charring flames and unspeakable torture that I was expecting, things are astonishingly picturesque and everyone is quite friendly. Lucifer, who I call affectionately call Lucy, might have coerced me into a contract after restoring my physical body, but at least I didn’t have to sell my soul. Instead, I just have to make a mounting weekly payment, which just seems like paying a variable-rate student loan.

I’ve learned that the best way to make money is by reconnoitering the local dungeon. Because everyone is so nice here, I haven’t even had to explore on my own. With two front-line fighters and a row of swapable backups, killing random monsters it going to help my pay off the debt. This place is so welcoming, I don’t even have to worry about resurrections or healing the party between battles. If at least one member survives, we’ll automatically get all of our HP back at the end of the fight. 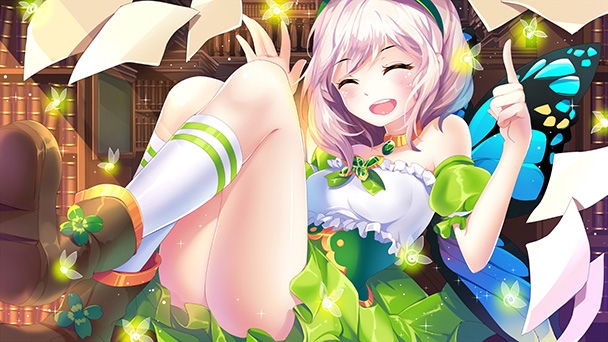 No Shortage of Duties in the Demon World

As Jitsuko (the name I gave her, but you are free to select your own) just confirmed, life in Serment – Contract with a Devil can be blissful. When the title was first released on Steam, encounter rates were exasperatingly elevated and payouts were downright petty. As such, it was challenging to see everything that Serment has to offer. But now, those problems have been smoothed out, giving you more time to spend courting other characters, saving money for commissioned weapons, armor, or even buying stat upgrades.

Beyond the weekly payments, you’ll also have to focus on daily activities. While teleporting home from the dungeon is instantaneous, walking to places like the library, pub, or local shop will deduct time from each day. But on the upside, each venue adds ways to improve your party, permitting you to venture deeper, tackle tougher monsters, and earn enough coin to pay off that escalating debt. 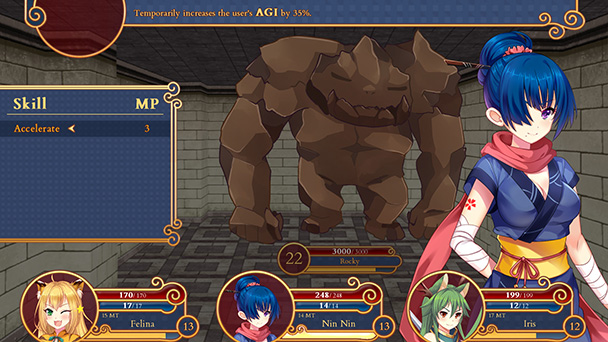 Intelligence is an Essential Statistic

Navigating through each dungeon level is enjoyable thanks to the ample number of brainteasers of each floor. Here, you’ll find novelty with skulking through each level of the labyrinth. Arrows force your team to move in a particular direction, but spinners rotate the direction of the pointer. Naturally, locked doors need a key, and one can be found on each floor. But in order to open subsequent entrances on each level, you’ll need to find spots that refresh your key supply.

Navigation through the dungeon recalls the unsophisticated three-dimensional visuals of classic dungeon crawlers like Wizardry or Eye of the Beholder. If you’re not accustomed to the basic representation, the simple animation and limited sensation of depth can be off-putting. But there’s on-screen automapping to help you adjust to the deliberately old-school graphical style. 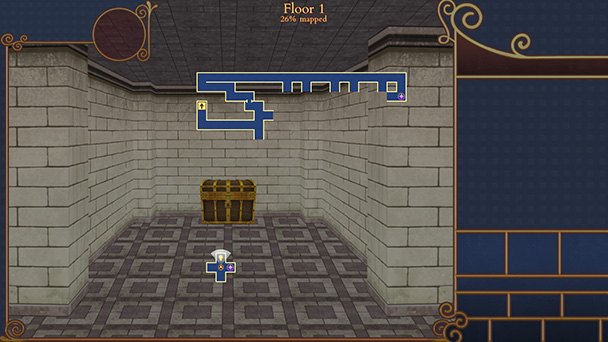 One the upside, these dungeons aren’t the typical dismal locals found in most titles. Although the walls are a bit drab, the game’s hand-drawn character and charming creatures help to enrich the proceedings. Occasionally, battles can take a bit too long and the final showdown exhibits a difficulty spike only conquered through protracted grinding. But that said, Contract with a Devil’s options for attacks, skills, MP-restoring focus, and escapes offer enough flexibility to keep things interesting across the title’s twelve-hour playtime. Playing with the mouse and keyboard, requires a lot of clicking, and you’ll probably wish play was a bit more automated during extended sessions.

Variety is also rooted in the game’s selection of four characters. Pleasingly, interactions when playing as the Ninja, Warrior, Mage, or Freelancer play out differently, each extending a possible romantic arc to you to pursue. But woefully, the ratio of dungeoneering to dating is rather low, so if you’re approaching Serment in hopes of socialization, you’ll need to lower your expectations. 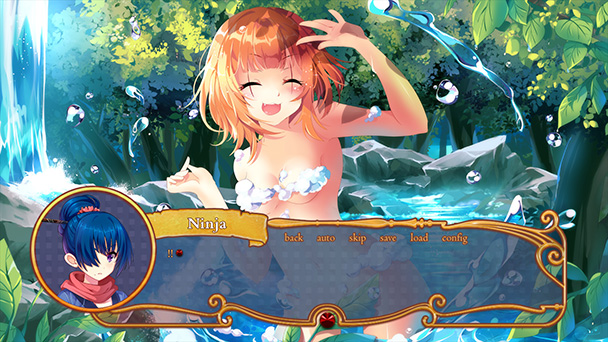 The Devil’s in the Details

Although the game’s initial hour is frontloaded with explanation, later conversations reveal charm, weather through a conversation with a cute bunny-girl or witnessing a shop-owner express their aggravation at miserly customers. Additionally, in-dungeon assignments contribute additional exchanges, as well as the gratification of doing good deeds (which are often handsomely rewarded).

Although Serment’s first hour might make the title seems like a visual novel, the bulk of your time will be spent in dungeons, raising enough money to keep a penny-pinching devil content. Although it’s not the best dungeon-crawling experience around, a cast of cheery characters and the ability to run on underpowered ultrabooks makes Contract with a Devil a fair deal. 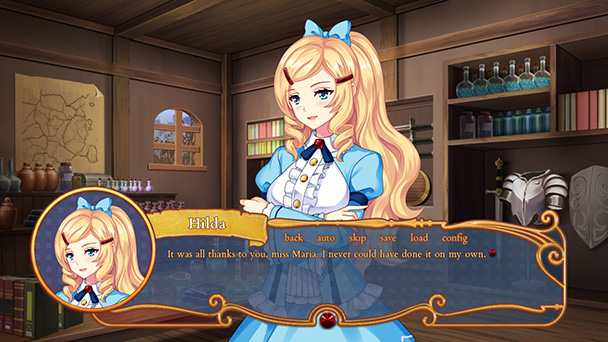 Serment – Contract with a Devil was played on
PC with review code provided by the publishers.

Serment – Contract with a Devil review
Why the Hell is Everyone so Nice Here? Great, I&rsquo;ve died and gone to hell. But waking up in the demon world isn&rsquo;t all that bad. Instead of the charring flames and unspeakable torture that I was expecting, things are astonishingly picturesque and everyone is quite friendly. Lucifer, who I call affectionately call Lucy, might have coerced me into a contract after restoring my physical body, but at least I didn&rsquo;t have to sell my soul. Instead, I just have to make a mounting weekly payment, which just seems like paying a variable-rate student loan. I&rsquo;ve learned that the best&hellip;

Summary : As Doctor Faustus reminds us deals with the Lord of Darkness rarely end well. But Serment - Contract with a Devil reveals a thoroughly sunny and blissful dungeoneering trek that’s not quite divine, but certainly worth taking.