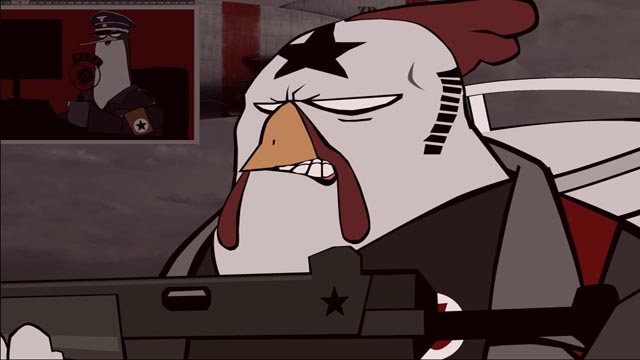 What is the concept? Building upon the critically-acclaimed Flash-based indie, Rocketbirds: Revolution!, recent PSN release, Rocketbirds: Hardboiled Chicken expands the title’s core concept, adding additional chapters, cinematics, a co-operative mode, as well as a handful of gameplay tweaks. Players assume the role of Hardboiled, a tough-as-nails rooster whose handlebar-shaped wattle and comb-covering bandana make the protagonist resemble a henhouse version of Hulk Hogan. After an aerial firefight renders Hardboiled’s jetpack inoperable, the hero lands in enemy territory, providing an escapade packed with both puzzles as well as perfunctory action.

In execution, Rocketbirds feels like an Oddworld game, albeit one where reoccurring protagonist Abe is packing heat. From similar friendly-freeing objectives, access puzzles, an ability to mind-control enemies, and even the same static jump distances, the inspiration is irrefutable. Smartly, Hardboiled discovers an increasingly powerful arsenal along his adventure, harmonizing the title’s exploration and key-card searching with a steady stream of gun battles. Periodically, players even take to skies in short sky-based battles which ditch the confines of the game’s moody interiors. 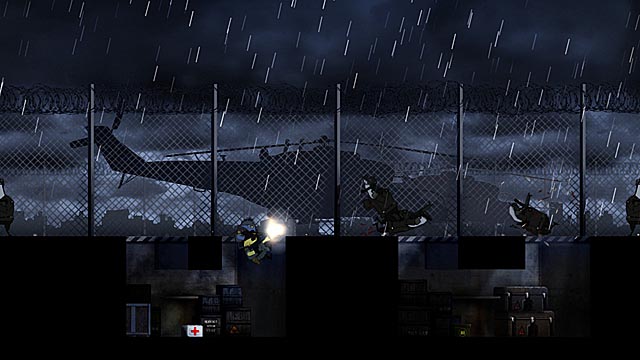 Would I like the game? While Rocketbirds admirably straddles the space between action-platformer and puzzler, occasionally the digression into each genre is overextended. While the title’s conundrums aren’t especially challenging, the sporadic crate-pushing puzzles can feel overly protracted. Likewise, gun fights with waves of identically-drawn foes don’t always feel satisfying.

That said, this console generation hasn’t offered a surplus of titles like Rocketbirds. Both pleasingly intuitive (with options for directional pad and analog-stick based input methods), and decently varied, the game is likely to please players who spent hours glued to their television playing cinematic platformers such as Blackthorne or Flashback. 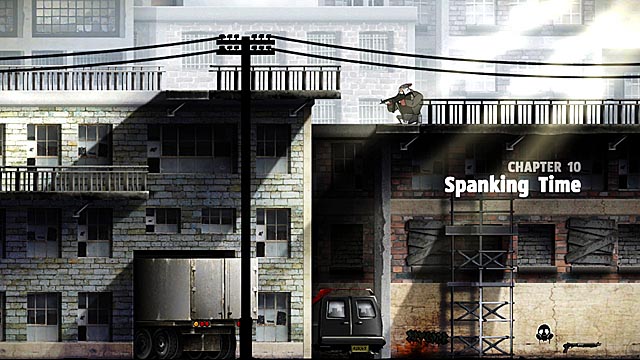 What are the game’s strengths? Beyond a fifteen stage main campaign, Rocketbirds: Hardboiled Chicken also provides ten local co-operative which deliver brisk and succinct rescue missions. Swamping Hardboiled’s roll maneuver for the ability to stack two diminutive birds on top of each other, two player missions have their own distinct action-oriented vibe elevated by the game’s character selection options.

Visually, the title is consistently impressive, filled with pleasing hand-drawn backdrops and characters who animate with fluidity. Occasionally, the camera will zoom in for an close up, endowing the game with a cinematic flair. Regretfully, the perspective during the jetpack sequences are pulled bit too far, transforming Hardboiled and his foes into little more than bloodthirsty flies, buzzing around vacant aerial environments. Sonically, the game is elevated by a soundtrack by New World Revolution, which deliver a regular procession of Joy Division-inspired interludes. 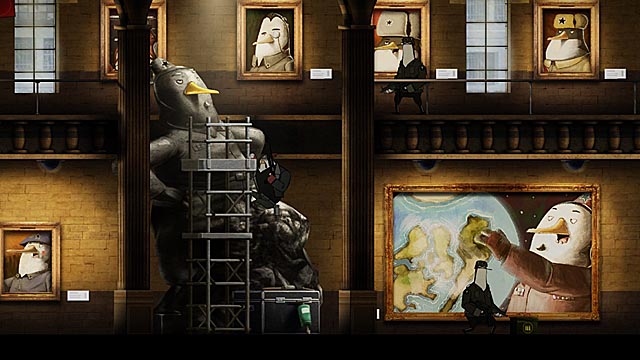 What could have been improved? Unlike the Flash version of Rocketbirds, where foes are downed after a bullet or two, Hardboiled Chicket requires players to pepper penguins with a steady stream of ammo. Unfortunately, this change presents a problem when more than one antagonist is in the player’s line of fire. While one enemy is being juggled, the other baddie is free to shoot at the player. Although short bursts seem to alternate between adversaries, expect to take a few cheap hits. Occasionally, the game will respawn Hardboiled in a hallway with a readied penguin, putting players at a slight disadvantage.

Is it worth the money? With a three hour single-player campaign and a few additional hours of co-operative stages, Rocketbirds: Hardboiled Chicken doesn’t quite warrant it’s $11.99 price tag. Without an online component, level editor, and any similar superfluities, the title can’t justify its rationale for breaking the ten-dollar threshold, making Hardboiled Chicken a slightly pricey downloadable entree. As such, players are recommended to wait for a sale. 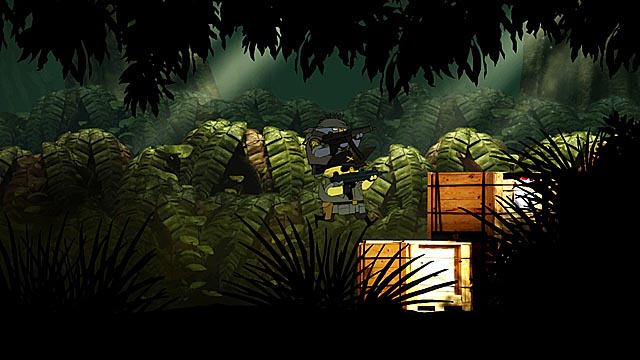