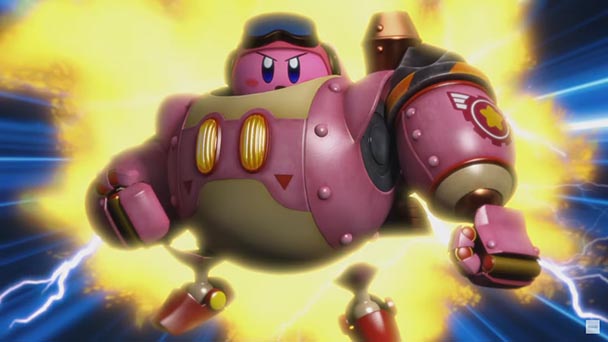 Occasionally, the industry’s pursuit of emotive narrative and compulsion to harness the power of hardware means that games can overlook their most imperative element. All too often we’ve found ourselves marveling at an intricate storyline or retina-indulging visuals, only to feel disconnect when encountering substandard gameplay. But, Nintendo habitually puts play first and foremost (save for Star Fox Zero’s compulsory motion controls). The Kyoto-based company might not be able to best the raw floating point operation speeds of its competitors, but it’s output often outmatches its peers’ pursuit of pure, idyllic fun.

Take the release of HAL Laboratory’s Kirby: Planet Robobot, for example. Much like the majority of the franchise, the title understands how to cultivate a sense of enjoyment and wonder. Enter any of the six themed worlds that offer their own subset of levels, and you’ll be transported to a blissfully hued realm of pure exhilaration. Like the way an upbeat dance song can energize a workout, Kirby’s cheerful strut and spirited soundtrack is able to transform moods. And unlike the the fashionable trend toward tantrum-inducing difficulty, the pink protagonist’s efforts extend a relaxed difficulty level. Unsurprisingly, Planet Robobot doesn’t try to defy formula, only adding new powers, mecha-based mechanics, and the oft-customary supplemental modes common to a Kirby game. 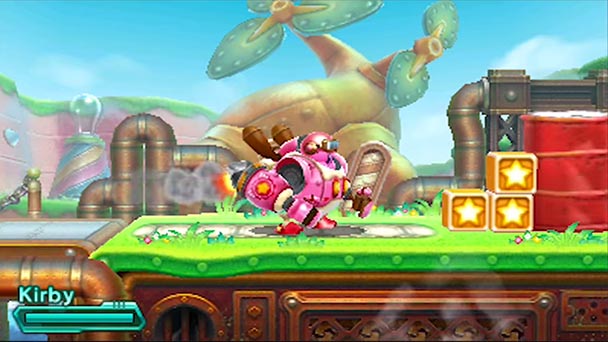 If you’ve played a Kirby title before or even taken the character for a run in Super Smash Bros. you’re probably familiar with the fundamental mechanics. Beyond the ability to inhale air for a soaring glide, the congenial character can swallow enemies, spitting them back out to trounce any other threats. When foes with special abilities are gulped down, Kirby takes on their attributes. Beyond the requisite fire breathing, lightening emitting, sword cleaving, and twenty-one other abilities, Planet Robobot bestows a trio of new techniques, letting players toy with Poison, ESP, and Doctorial talents.

The title’s new addition, being able to hop into the mechs that are routinely parked on stages, allow for an even more powerful skillset. Here, Mecha-Kirby can scan antagonists, extending ten additional amped up aptitudes. Some of the fun stems from the game’s extension of leniency. At any time, you can jettison an ability to inhale another, swallowing a power-up that might change how you approach the variety of adversaries who dot the landscape. Other times, you’ll need to substitute a specific skill to gather the three Code Cubes hidden throughout each level. 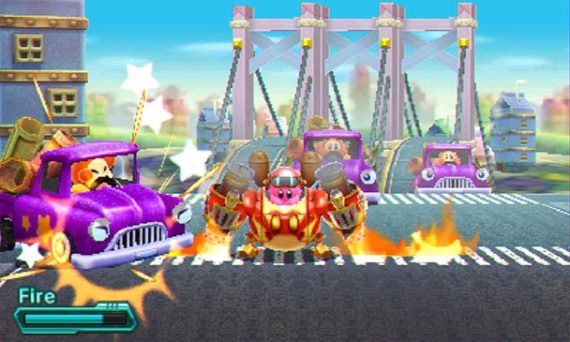 These collectables are where challenge comes into play. Finishing any of Planet Robobot’s levels isn’t particularly taxing, especially when you’re given a mercifully elongated heath bar and a regular succession of rejuvenating edibles. Difficult stems in the collection of the Cube, which often are hidden in each environment, accessible only through the puzzle solution. Since boss battles are accessed through the accumulation of these items, you’ll likely have to explore environments multiple times. While revisiting stages can seem a bit tedious, Planet Robobot at least gives an ambiguous signal where each cube is located. Another upside is a number of in-game stickers located in each level. When amassed these can be adorned on your Mecha-Kirby, giving a modest reason for all the collection.

Naturally, all of Planet Robobot’s virtues would be spoiled in the game had sub-standard level design. But the title’s architecture is consistently top-notch. Early stages are fairly straightforward affairs allowing players to grow acquainted with fundamental play mechanics. But gradually, levels lose their linearity, with the pink protag switching between two planes, teleporting via a Warp Star. Occasionally, Kirby will arrive at a junction where players have to rotate environmental elements or will transform into some sort of vehicle. Much of the fun steams from the sense of variety and not knowing what’s coming next. 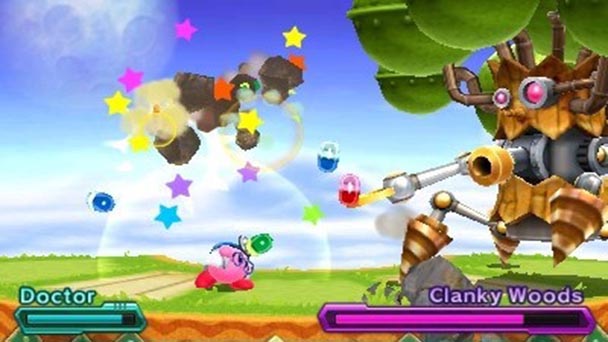 Variability also extends to Planet Robobot’s additional unlockable game modes. Meta Knightmare Returns is a time attack challenge where players are pitted against elevated enemies and new bosses with the character having a quartet of special attacks. Meanwhile, The Arena tasks gamers with selecting a specific power-up before confronting a procession of bosses. Kirby 3D Rumble offers an overhead perspective where the protagonist’s inhaling ability is sped up, allowing for an arcade-driven experience. Finally, Team Kirby Clash is an engaging multiplayer mode, where gamers choose from four varieties of Kirby before tackling especially resilient rivals. The sole downside is that Clashes are local-only, lacking any online component.

Like most of Kirby’s outings, Planet Robobot provides the type of smile-inducing gameplay that has made Nintendo’s first- and second-party titles must-own experiences. Thoroughly pleasing and meticulously polished, it’s difficult not to be tickled pink by Kirby’s latest. 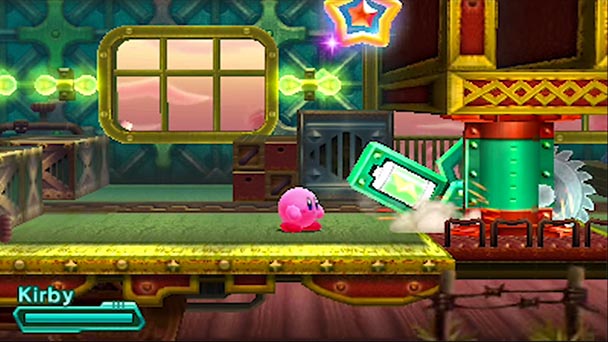 Kirby: Planet Robobot was played on the 3DS with review code provided by the publisher.

Kirby: Planet Robobot
Platform: 3DS
Developer: HAL Laboratory
Publisher: Nintendo
Release Date: June 10th, 2016
Price: $39.99 via retail or eShop
Kirby: Planet Robobot review
Occasionally, the industry&rsquo;s pursuit of emotive narrative and compulsion to harness the power of hardware means that games can overlook their most imperative element. All too often we&rsquo;ve found ourselves marveling at an intricate storyline or retina-indulging visuals, only to feel disconnect when encountering substandard gameplay. But, Nintendo habitually puts play first and foremost (save for Star Fox Zero&rsquo;s compulsory motion controls). The Kyoto-based company might not be able to best the raw floating point operation speeds of its competitors, but it&rsquo;s output often outmatches its peers&rsquo; pursuit of pure, idyllic fun. Take the release of HAL Laboratory&rsquo;s Kirby: Planet&hellip;

Summary : If you don’t mind a relaxed level of challenge, a journey to Planet Robobot is an expedition of pure enjoyment.