Clea’s adversaries might scare your pants off, but Crawlco Block Knockers drawings are destined to lose their undergarments entirely. Either way, with IndieGo 16, we examine two recently released titles from modestly sized studios. 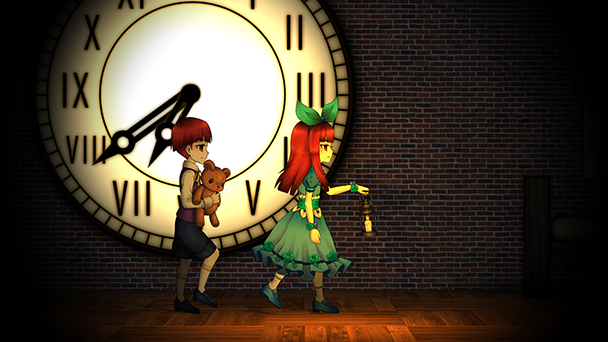 Across the past few years, Sydney-based InvertMouse has been working industriously, crafting a multitude of appealing visual novels like The Last Birdling as well as the Unhack and Without Within series. Save for the assistance of artists and voice actors, he’s largely accomplished this feat alone, with any suggestion of a shoestring budget offset by adept storytelling skills.

With the release of Clea, InvertMouse has shifted genres, trading the loquacious character portraits for stealth-horror experience that oozes intensity. Essentially, it’s a game that’s been engineered around a modest number of assets. While this could mar most indie efforts, the developer makes good on his moniker, turning a potential liability into an advantage. 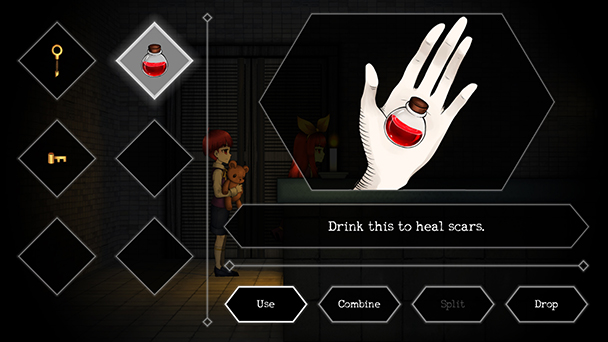 The beginning of the game shows the eponymous protagonist celebrating a birthday with her little brother Edmond and one of the family’s maids. However, the siblings’ parents are notably missing, invoking a fear of abandonment. When the housekeeper leaves to investigate a sound, Clea and her little brother are forced to explore the labyrinthine Whitlock Mansion.

It’s here, that players will discover a restrained quantity of environmental objects. Halls and rooms are eerily similar, save for small markings that denote distinction. Exploring the game’s two-dimensional passages soon reveals the developer’s intent- the similarity is meant to invoke panic, with players scrambling to get a sense of direction as they’re pursued by eerie enemies known as Chaos Servants. 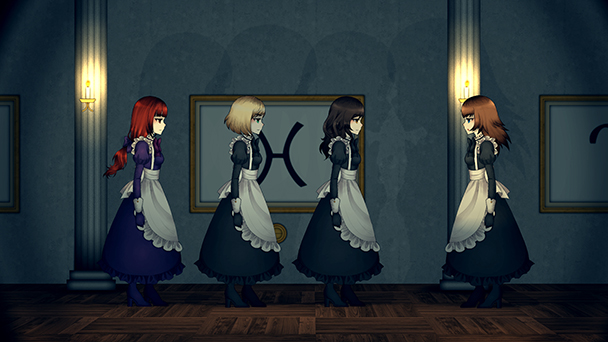 Like a myriad of horror films have demonstrated, a slow-moving but relentless creature is quite unnerving. And the game’s foes certainly fit that profile, autonomously listening for your footsteps and tracking down the source of the patter. Sure, Clea has some remarkable visuals like accurate shadowing and a giant clock that displays the actual time of day. But the game’s use of sound is what separates it apart from its peers.

Ideally play with headphones, you’re able to identify how close enemies are by the pace of your throbbing heartbeat as well as the menacing growls and strange clicks of enemies. But just as you get comfortable with triangulating a Servant, the title throwing multiple foes at you, disrupting your senses. While the game offers only four hours of playtime, it’s readiness to toss new dangers and difficulties makes the journey memorable. Pleasingly, InvertMouse even manages to shoehorn an absorbing plotline, with pickups that offer pieces of context. The only downside is the game is quite puzzle-driven, which can be frustrating given the restrained number of saves, recalling Resident Evil’s typewriter ribbons. 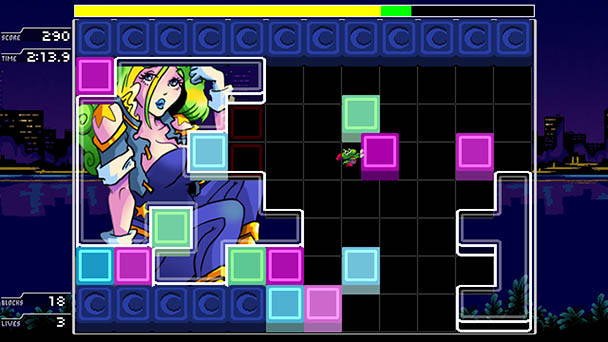 One of the more interesting footnotes in ‘90s-era arcade gaming was the Gals Panic series. Iterating on Taito’s Qix, players were tasked with removing sections of the playfield, revealing images of pin-up beauties beneath. With on-screen foes that often moved and attacked unpredictably, it wasn’t the most polished series, but at the end of every three rounds, there was a glimpse of a pixelated boob or butt. Unsurprisingly, this was just enough incentive to generate a steady drip-feed of 100 yen coins.

Reinvigorating the spirit of coin-operated eroge, Crawlco Block Knockers delivers the allure of Gals Panic alongside gameplay that’s considerably more refined. Let a Seven Stars cigarette dangle from your lip and pour yourself a Suntory Yamazaki single malt (with obligatory spherical ice) and you’ve created some of the best time portals to pre-bubble Japan around. 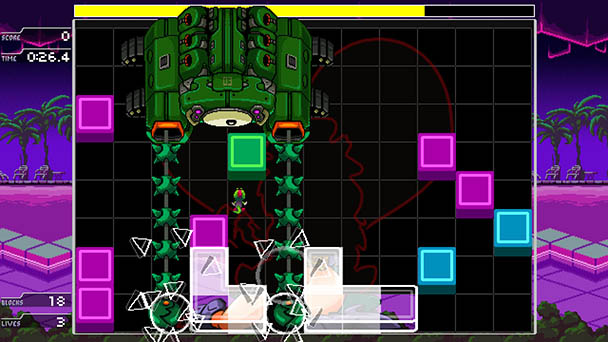 While advancement still requires players to reveal a specific percentage of the playfield, Block Knockers eschews the cutting mechanic of Qix. Take a cue from SEGA’s Pengo, progress is made by sliding giant cubes around. Matching three or more blocks of the same color or smash an enemy with a slab and they’ll expose part of the background image, which are mildly risqué anime-styled drawings. For those with an aversion to nipples or backsides, Block Knockers lets you turn the lewdness down with two types of filters. Unlike Gals Panic, nudity isn’t the only reward, with play that’s proficient enough to stand on its own.

Undoubtedly, your task is thoroughly challenging, requiring reveals to be connected with the playfield’s periphery. As such, you’ll be forced to play methodically, trying to avoid creating gaps that can make the pursuit of a particular percentage needlessly difficult. But smartly, Block Knockers gives you plenty of tools for survival. Beyond being able to slide, pull, and kick (a reverse slide) cubes around, you can also scamper across section of the stage that have already been exposed. 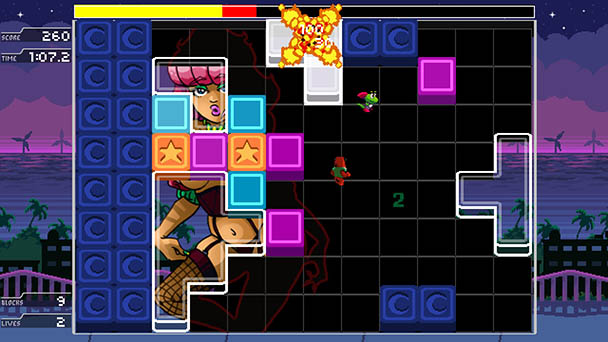 With a lively vaporwape soundtrack from Opus Science Collective and campaign framework that adds cohesion to the game’s ever-intensifying stages Crawlco Block Knockers is a pleasing package. While we’d love to see a two-player co-op/competitive component, the game’s four-dollar asking price is incredibly reasonable. Certainly, that accompanying glass of Suntory won’t be nearly an economical.

Recommended for: players who miss the charms of yesteryear’s arcade games.