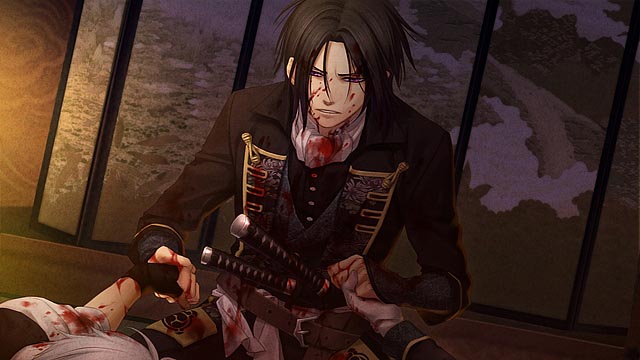 What is the concept? After nearly fruitful seven years and the imminent arrival of new hardware, the waning days of the PSP are upon us. While some will bemoan the portable’s persistent struggles for market dominance, a few are bound to reminisce about the unconventional genres that the system ushered in. For me, Sony’s handheld will be fondly remembered for serving as a catalyst for the visual novel. From titles which blended literary elements with traditional role-playing elements, such as Corpse Party and Fate/Extra to more conventional approaches like Disgaea Infinite, the system has offered a number of pensive alternatives to U.S. gamers.

Recent PSP release Hakuoki: Demon of the Fleeting Blossom is a distinct type of visual novel- referred to as Otome. Geared toward a female audience, the goal of this type of interactive literature is to have the female protagonist cultivate a relationship with one of the male characters. Elegantly, Hakuoki’s ambitions transcend the mere melodramatic- with the visual focusing just as much on historical elements as any romantic exploits. 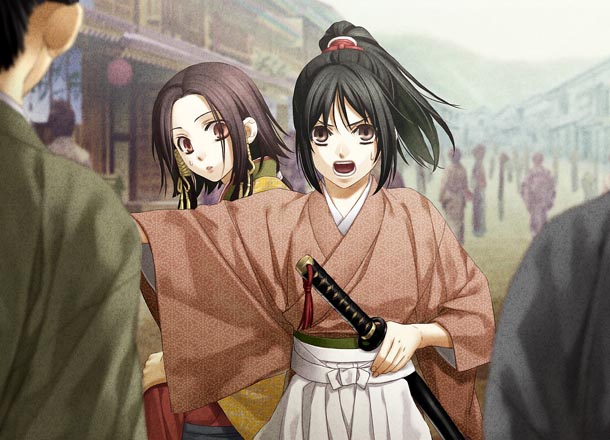 As the story opens, the novel’s heroine- Chizuru Yukimura journeys to Edo-era Kyoto to reunite with her father who has recently gone missing. Cautiously dressed as a male to avoid unnecessary attention in the brutish city, Yukimura comes under attack by a mysterious band of pallid-haired assailants. Help arrives in the form of the Shinsengumi, a team of samurai tasked with the protection of the shogun. While initially distrustful of the young woman, they ultimately succumb to her goodwill and virtue, and agree to assist the stranger in the search for her father.

What are the game’s strengths? Visually, Demon of the Fleeting Blossom’s anime-inspired illustrations are lavishly drawn, with a level of detail absent from most visual novels. Pleasingly, the title gives readers a wide range of tool to navigate the plotline- allowing for adjustments in text speed, the ability to autosave, and even the tweak the rate of passage review or skipping. Even more useful is Hakuoki’s built in encyclopedia, which gradually builds a database of terminology common to the late Edo period. 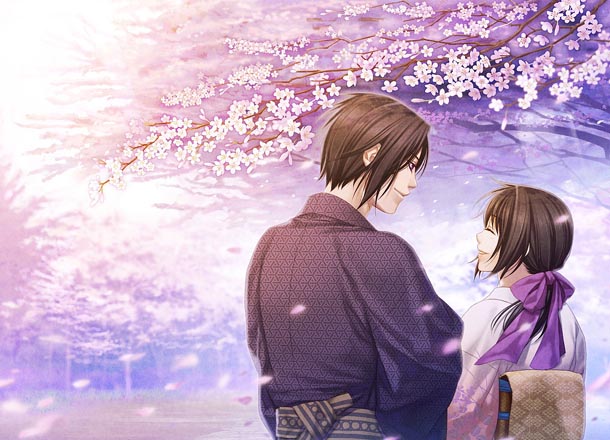 Cleverly, the localization team at Aksys chose to maintain the title’s Japanese voice overs. Considering the game’s ambitions for historical verisimilitude, this was an appropriate choice; English dialog would have been an uneasy fit for a story set in eighteenth-century Japan. Agreeably, the title’s orchestral pieces complement the tale’s moments of intrigue, tension, and humor although the transitions between specific pieces can be a bit jarring. The title’s sound effects are particularly impressive, convincingly rendering the jangle of clashing blades and the agony of a fallen opponent.

Those concerned about the title’s romantic elements will appreciate Hakuoki’s restraint. Far removed from the whimsical dating-sim mechanics of titles like Tokimeki Memorial or even Sakura Wars: So Long, My Love, the title’s relationships sidestep the maudlin territory often mined by anime and manga. As long as readers don’t mind the sporadic physical description of a male character, they shouldn’t shun Demon of the Fleeting Blossom’s rich narrative and impressive permutation of plotlines. 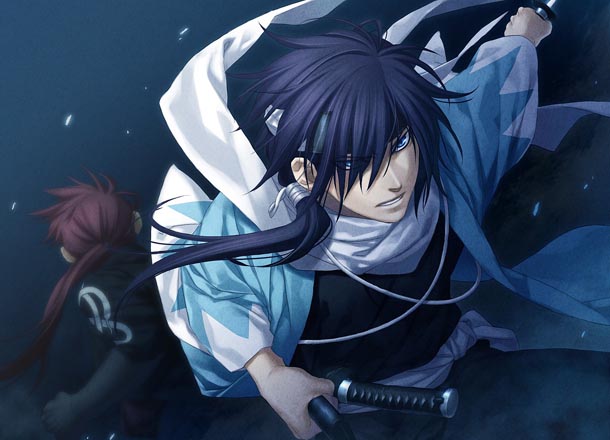 What are the game’s weaknesses? While Hakuoki’s exploration of historical context is rewarding, some readers may be disheartened to find narrative elements which veer from reality. Although these digressions allow for weighty decisions and support the integrity of the title’s source material, they might detract from the story’s otherwise convincing depiction of Edo-era Kyoto. Likewise, others will bemoan one of the approaches to Aksys’ localization efforts. In an effort to make the tale accessible to U.S. readers, Hakuoki’s vernacular occasionally seems a bit too contemporary. While no jarring anachronisms are made, the title’s dialect doesn’t always reflect the formality of the late Tokugawa period.

Would I enjoy the title? Despite analogous efforts such as the Phoenix Wright franchise and Aksys’ own 999, the veritable visual novel has eluded experience by a majority of U.S. gamers. Hakuoki: Demon of the Fleeting Blossom is a near-faultless launching point, and seems capable of cultivating a nice niche market on Western shores. PSP owners craving a slightly more meditative experience are encouraged to seek out Idea Factory’s title. Ideally, publishers such as Aksys will experience enough success with the visual novel to warrant additional releases in this comforting medium. 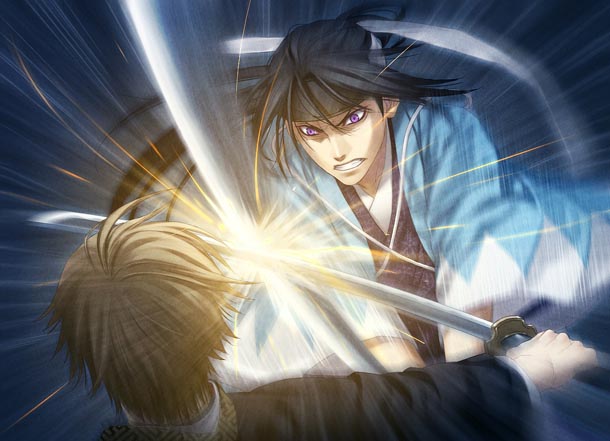