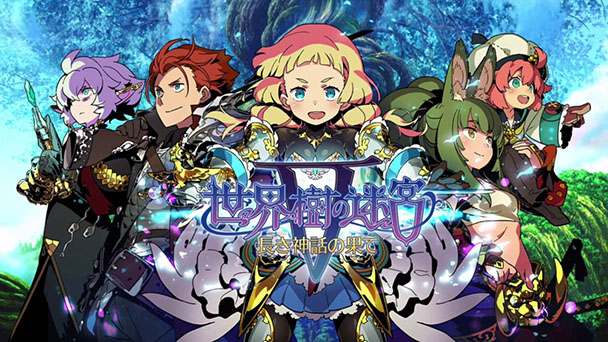 Computer-based role-playing games have automated many of the analog-based labors of traditional pen-and-paper based games. That can be a beneficial, permitting players to concentrate on elements like storyline. But streamlining also obscures many of the nuances that make RPGs so enjoyable, over-simplifying essentials like the thrill of exploration or the myriad of strategies that can combat engaging. Players who prefer a back-to-basics approach might have found solace in the decade-old, Etrian Odyssey series, which removes many of the modern conveniences found in the dungeon-crawling genre.

The franchise is split across two different types. The pair of games with the Untold moniker (The Millennium Girl and The Fafnir Knight) are remakes. When Atlus updated each title, the development team added an optional story mode, that not only provided pre-made characters, but an involving narrative told through quality dialog. On the other hand, the main Etrian Odyssey titles eschew a detailed plotline, where a player-constructed adventuring party focuses on the myriad of tasks needed for survival. In many ways, they’re an enchanting throwback to role-playing’s roots. With the release of Etrian Odyssey V: Beyond the Myth for the Nintendo 3DS, Atlus continues their reinvigoration of classic mechanics, with an entry that is destined to delight fans of sophistication. 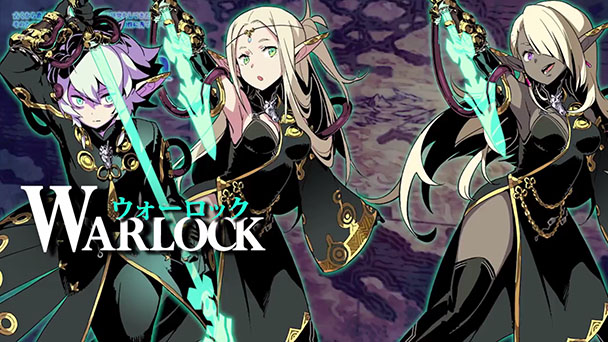 Whereas most modern role-playing games automatically draw a map as your party reconnoiters, Etrian hands cartography back to players. Sure, you can turn on an auto-mapping feature or try to make your way through the sprawling thirty-floor labyrinth without bearing, but doing so would be forgoing one of Beyond the Myth’s best features. Using the stylus to draw on virtual graph paper projected on the 3DS’ bottom screen, players steadily diagram each room and hallway. Stimulatingly, your drawing toolset is quite large, with freedom extended for elements like the representation of hidden passages, resource-gathering spots, and the all too rare campfires, which let you prepare food to heal the team.

This kind autonomy isn’t limited to diagramming, with party creation extending a wealth of leeway. Using up to thirty character slots, players can generate an abundance of five-person teams. Beyond four different types of visual representation, players can modify hair and eye color, and even select voices from over forty presets. Additionally, you’ll select from a quartet or races and ten different classes. Initially, Beyond the Myth put a few limits on party members. For example, Earthlians are able to select from the Dragoon, Fencer, Harbinger, or Pugilist vocations, and choose skills from a race-specific list. But once characters have demonstrated their mettle, they are able to change to any class, incurring only a five-level penalty. 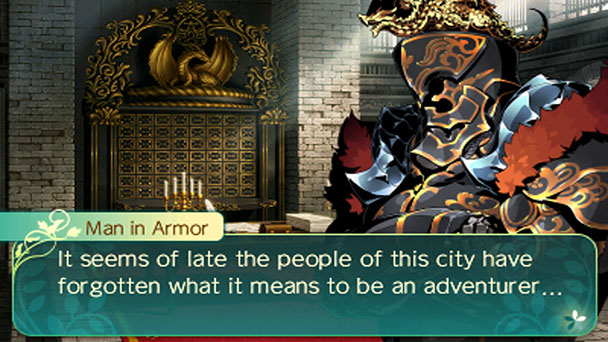 Beyond the Myth isn’t exactly forthright in telling you how to create synergistic teams, anticipating experimentation after imbalance leads to failure. As such, whether you need a party healer or hard-hitting spellcaster in the backrow, or a burly damage-dealer up-front, changing up the roster is an effortless affair, although you might have to level up a new recruit to match the strength of the team. Fortunately, venturing back into the City of Iorys and heading to the Twilight Tavern can set your party up with an errand that softens the tedium of level grinding.

Venturing up Yggdrasil’s floors on either the Basic or Advanced difficulty settings presents a robust but not overwhelmed sense of adversity. Tackle Beyond the Myth on the higher tier, and the game will surely test your repertoire of gaming skills. Beyond the obvious challenges of any role-playing game, even seemingly subordinate components resource management aren’t easy. For several sections of the game, the quantity of dividends offered by defeated monsters will barely cover inn fees, healing potions, and essential equipment upgrades. There are a lot of game that struggle to show the financial tensions faced by a team of adventurers, with small payouts that feel like a miserly MMO. Here, the economic model is remarkably thought out, with the Marketplace requiring players to sell items before expanding their inventory. 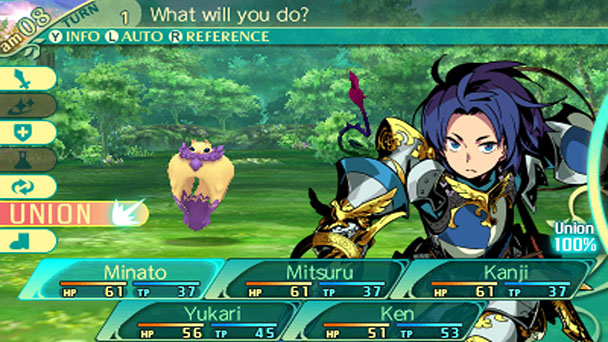 Unsurprisingly, the game’s turn-based battle system requires an even higher level of strategizing. Like your characters, enemies will occasionally attack in two row formations, and you might not be able to melee some foes until the front line of protectors are slain. Even on the game’s lower difficulty setting, standard adversaries are hard-hitting. If players are imprudent, an incapacitated party member can upend the tide of battle, putting them in a very precarious situation. And when players face FOEs, Odyssey’s customary wandering titans, or the big bosses, Beyond the Myth ensures you’ve mastered nearly every nuance. Both of these hard-hitting opponents require faultless decision-making skills, potentially humbling under-equipped or inexperienced adventuring teams. Mercifully, the game offers Union Skills, an ability tied to a gauge, that is ideal for moments of desperation and especially devastating when used two characters deploy the assault in tandem.

The Etrian Odyssey series has always been a graphically pleasing title, especially in the menu-based towns, that extend evocative character art. Beyond the Myth continues that trend, with artistic detail that pushes the 3DS’ top screen to its limits, giving in a glimpse into the ornate city. Although the polygonal output within Yggdrasil can’t match, at least there are a pleasing variety of milieus to keep exploration stirring.  Expectedly, Shin Nagasawa’s enemy designs are one of the visual virtues, with forms that evoke the mythological. Likewise, longtime Etrian composer Yuzo Koshiro returns, delivering a multitude of melodic tracks. The only caveat is that FM synthesis renditions are locked away as DLC. 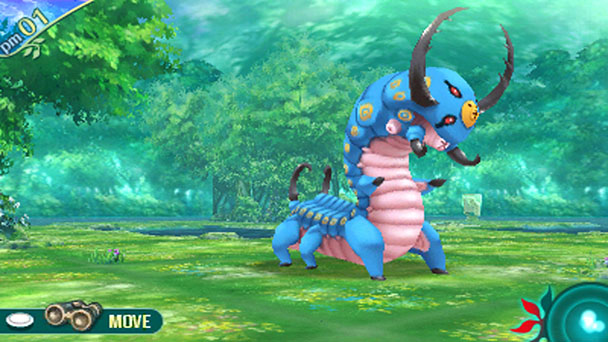 Most RPGs are influenced by their peers, with title offering deviation on popular themes or mechanics. Then, there’s the Etrian Odyssey, which unabashedly shuns many modern contrivances, focusing on the particulars of early role-playing. While there’s no dice rolls to be seen or rendering of metal miniatures, Beyond the Myth is a reminder of the genre’s capacity, and an essential experience for dungeon-crawling devotees.

Etrian Odyssey V: Beyond the Myth was played on
the 3DS with review code provided by the publisher.

Etrian Odyssey V: Beyond the Myth
Platform:
3DS
Developer: Atlus Games
Publisher: Atlus/SEGA
Release date: October 17th, 2017
Price: $39.99 via retail or Nintendo eShop
Difficulty: Moderate-High
Language(s): English voice, English text
Etrian Odyssey V: Beyond the Myth review
Computer-based role-playing games have automated many of the analog-based labors of traditional pen-and-paper based games. That can be a beneficial, permitting players to concentrate on elements like storyline. But streamlining also obscures many of the nuances that make RPGs so enjoyable, over-simplifying essentials like the thrill of exploration or the myriad of strategies that can combat engaging. Players who prefer a back-to-basics approach might have found solace in the decade-old, Etrian Odyssey series, which removes many of the modern conveniences found in the dungeon-crawling genre. The franchise is split across two different types. The pair of games with the Untold&hellip;

Summary : Yes, Etrian Odyssey can be a bit unforgiving and has the tendency to not hold your hand- that’s not a defect but a strategic approach. As such, the release of Beyond the Myth has the potential to beguile experienced role-player for 50+ hours as they explore and map thirty floors filled with traps, monsters, and a pervasive sense of adversity.