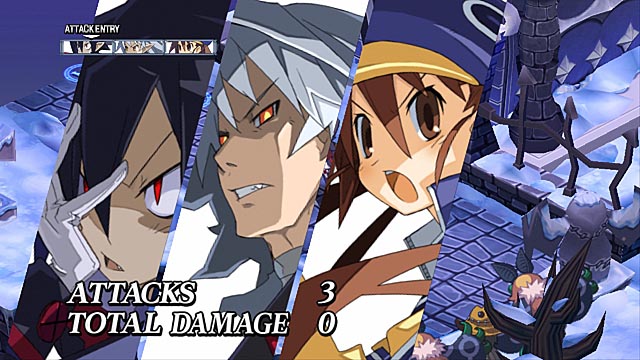 Although the subtitle of Disgaea 4 explicitly refers to the protagonist’s unwavering devotion to his word, it also symbolizes Nippon Ichi’s tacit commitment to series supporters. With an assembly of beguiling and eclectic characters, depth which can absorb gamers for months, and a lustrous high-definition makeover, A Promise Unforgotten delivers the cornucopia of content which aficionados have eagerly anticipated. While those who have criticized Disgaea’s methodical combat or grind-obliging mechanics won’t undergo a change in opinion, astute tweaks and additions make the title a compulsory journey for Netherworld nuts.

From the Napoleonic Laharl of Hour of Darkness to the inverted delinquency of Raspberyl in Absence of Justice, the Disgaea series has consistently showcased captivating characters; A Promise Unforgotten is no different. Players follow the trajectory of disgraced vampire Valvatorez- a once-powerful figure relegated to laboring as a teacher in a maximum security Prinny penitentiary. When the dejected instructor discovers that the Netherworld’s administration (known as the Corrupternment) begins to condemn Prinnies for the realm’s escalating woes, he takes action- planning a rebellious coup to protect an oath. Assisted by the dutiful servant Fenrich and a half-dead middle-schooler named Fuka (clad in a Prinny cap as the Corrupternment lacks the funds for a full suit), the dialog is dependably humorous. Referencing everything from Gunnery Sergeant Hartman’s tirade in Full Metal Jacket to flowery final boss soliloquies, the game’s targets are as varied as they are plentiful. Cleverly, A Promise Unforgotten’s crescendos into a joyful pageant of N1 cameos certain to poised to please franchise faithfuls. 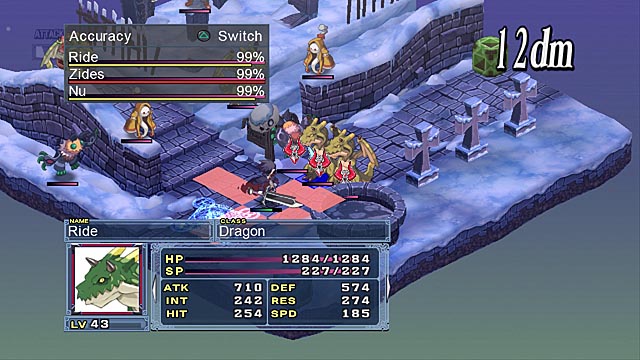 Complementing the game’s storyline is Disgaea’s distinctive turn-based battle system, which tasks players with controlling a small army of grid-based gladiators. Using a variety of physical, weapon-based, and magical strikes, success hinges on the strategic placement and deft utilization of each combatant. One example- adjacent allies increase the probability of a team attack, where associates can hammer a foe with additional hits. Of course, clustering teammates closely leaves the group open for a zoned attack. Regretfully, A Promise Unforgotten’s AI is still patently predictable, with opponents consistently seeking out the weakest friendly units.

Absence of Justice’s “magichange” system makes a return with one key change.  Previously, humans and monsters could be combined into a single weapon. Now, players can combine two beasts into a ‘mega-monster’ replete with intensified stats, and even combine this merged monstrosity with a human to create a formidable ‘mega-weapon’. To keep these abilities from becoming overpowering, there’s a stringent turn limit on the transformation.  Additionally, once the augmented unit is removed from battle, there’s a noticeable gap in the player’s roster. Another adjustment to Disgaea 4  can be found in the game’s punishment system- which allows players to convert foes into friends, and even extort money or loot locations from weaker antagonists. Predictably, item worlds make a reappearance, allowing obsessive gamers to delve into any of the game’s materials in an effort to boost the article’s stats. These recesses also regulate Disgaea’s difficulty level. Gamers thwarted by an insurmountable foe can maximize the strength of the gear by a few expeditions into the item world. Habitually, the rewards are a fitting reimbursement for a bit of amiable grinding. 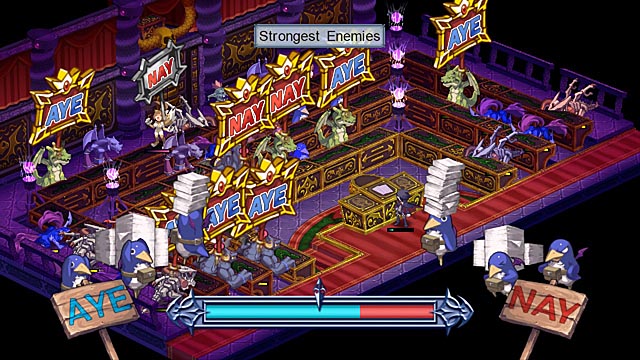 Off the battlefield, a variety of elements vie for the player’s waking hours. There’s the senate, where gamers can push bills to unlock new party-optimizing permutations. This time out, politicking has been supplemented by the introduction of the ‘Cam Pain HQ’, which recalls Absence of Justice’s classroom management. Here, completed maps unlock pieces of an overworld, allowing players to arrange their allies to raise the ferocity of their team attack or place symbols in an effort to buff their squad. Gamers are also given the opportunity to assign allies to specific tasks, such as appointing a foreign minister who is capable of visiting another player’s senate by way of the PlayStation network.

While not all of A Promise Unforgotten’s online features have gone live, the title seems bristling with potential. Even with a gimped map creation component, players can still go wild making their own maps filled with foes, items, and crafty Geo Block designs. Once constructed and outfitted with a crew, pirate ships have the ability sail right into other player’s games to thieve trinkets. Following contemporary NIS tradition, Disgaea 4 looks to offer enough aftermarket DLC to empty a fanatic’s wallet. With everything from parts used  construct a Space Battleship Yamato inspired-ship to an alternative ‘Tyrant’ Valvatorez quest destined for stateside release, the Netherworld is becoming an increasing expensive destination for completionists. 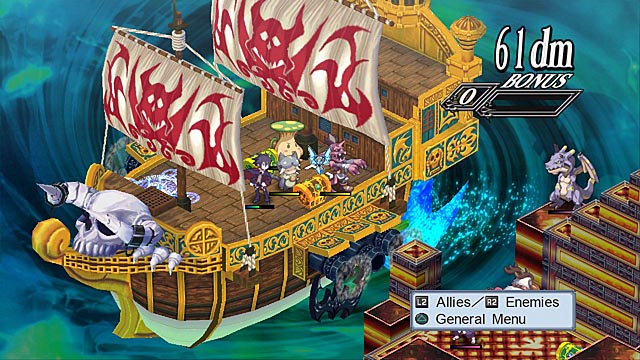 Players who nitpicked about Disgaea 3’s pixelated aesthetics will find little room for complaint with A Promise Unforgotten. Characters have been fastidiously drawn in high resolution and are accompanied with a profusion of animations. Dialog segments have been overhauled as well, allowing each of the title’s portraits to emote expressively. Disgaea 4’s English voice overs honor NISA’s pedigree, with deliveries that elevate the game’s offbeat humor. Purists who prefer a Japanese track will be happy to discover that the title offer dual-language support.

Despite the title’s plethora or virtues, Disgaea 4: A Promise Unforgotten isn’t a game for everyone. Obtaining an insanely high-level character capable of inflicting billions of point of damage is a protracted journey marked by the occasional spike in challenge level. For fans of the series, nearly every moment of the voyage will be satiated with the series’ signature strategizing, humor, and depth. With the strategy role-playing game struggling against extinction, Nippon Ichi reminds us of the genre’s power and potential. 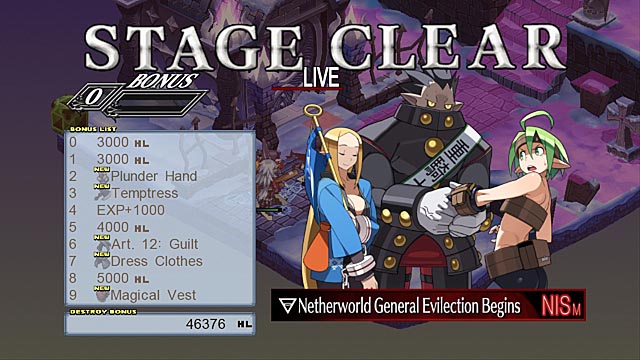 Previous: New Releases for the Week of September 4th, 2011
Next: The Sims Medieval: Pirates and Nobles Review