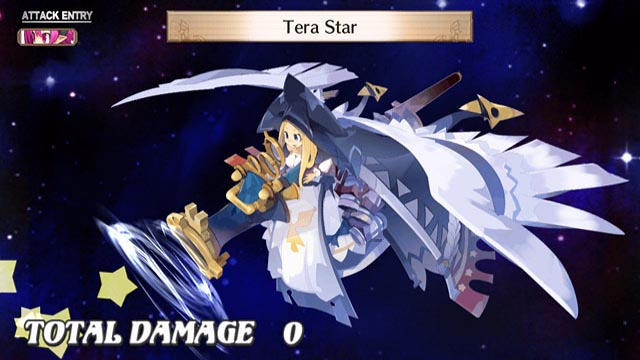 As a critic, I’m occasionally pressured into identifying a favorite game. Consistently, a mention of 2003’s Disgaea: Hour of Darkness is met with one of two divergent reactions. The reference infrequently initiates an impassioned conversation of the game’s quirky storylines, engaging mechanics, and hyperbolic strikes that capable of removing a billion hit points. More likely though, I’ll receive a quizzical look, or at best- an indistinct mention of the series’ distinctive Prinny character.

For players in the first category, a purchase of Disgaea 3: Absence of Detention is likely assumed. Mirroring Nippon Ichi Software’s definitive PSP adaptations of the first two Disgaea titles, Detention is far more that the comfortable port PS Vita owners have come to expect. Bundling all the downloadable additions available for the PlayStation 3 iteration, from Raspberyl’s four-chapter foray into teaching to addition of Command Attack and Survival Attack modes to augment the Item World, the game offers a cornucopia of content capable of engaging players for weeks. 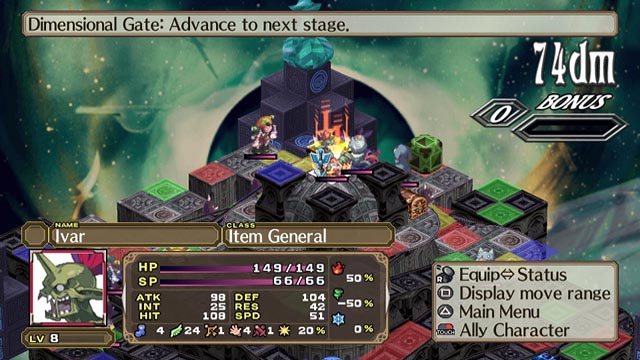 While this kitchen-sink approach is commendable, those who already surmounted Absence of Justice’s storyline will appreciate the small improvements NIS made to the game. From the addition of new battle animation routines to enlivening character portraits with a new expressiveness, Disgaea 3 for the Vita has been given a meticulous polishing. Now, obsessives can even spy and goad, as Absence of Detention’s Data Shop quantifies over thirty different variables across both friend lists and region-wide leaderboards. Additionally, the game’s new Honor Quotient bestows perks like cheaper items and supplemental experience point based on factors such as play time and how far much mileage your Vita system accumulates. Fortunately, owners of Wi-Fi only systems aren’t excluded from the dividends, as long as players check into Near, the title tracks their traveling bonuses.

Visually, Disgaea 3’s transition to the portable screen obscures much of the title’s pixilation. With the game’s optional filter in place and viewed from a distant perspective, any blockiness is effectively eliminated. Less successful is Absence of Detention’s rear touch control scheme, which uses different sides of the back panel to zoom and alternatively- cycle between allied characters on the battlefield. Most of the time, I inadvertently triggered an input, causing the cursor move unpredictably. Fortunately, this option can be turned off from the title’s option menu. Sonically, the game’s boasts both English and Japanese voice-over as well as the addendum of few dozen new background tracks. However, Disgaea’s eccentric melodies sound routinely sound like a spaced-out interpretation of Banda– which may not be the best aural accompaniment for long treks through the item world. 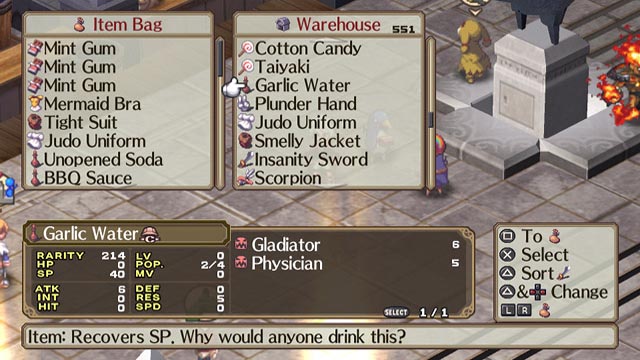 In retrospect, Disgaea 3’s roster of Netherworld personalities rely a bit too heavily on series convention. This time, Mao is the Napoleonic lead, hell-bent on killing his father, the Overlord for destroying a million hour save-game file. Like King Krichevskoy’s scornful son, Mao’s character arc offers both a bit of redemption as well as a tacit romantic interest. Traditionally, NIS’s titles have offered a procession of cameos. With Absence of Detention, the developer pulls all the stops- offering everyone from Z.H.P.’s Unlosing Ranger to Phantom Brave’s Patty.

For Netherworld neophytes, Absence of Detention offers optional tutorials, an in-game encyclopedia, in addition to an eighty-seven e-manual. Together, these tools provide the rudiments for entry into the title’s labyrinthine recesses. The franchise’s most prominent virtue has been always been self-discovery; pouring over screens of stats to leisurely push your characters toward attacks which transcend the limits of rationality. Similarly, the game’s battlefields invite exploration- as the game’s straightforward turn-based combat begins with players paying attention to movement span and attack ranges, before compelling mastery of combo attacks and Geo Symbols- two elements capable of tilting the tide of combat. Like all Disgaea games, the boss battles which punctuate with of the game’s eight main chapters present a spike in difficulty. Success can be found by returning to previously fought battles, or venturing to the Item World. Mercifully, the title ensures that the ‘grind’ is more of a verb, rather than a noun. 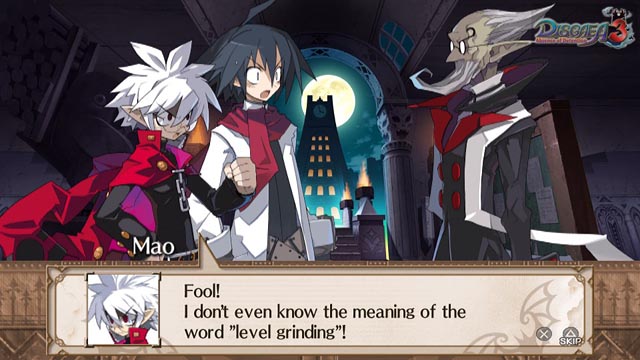 Although Disgaea devotees may be lured by NISA’s pre-order bonus cloth, they will probably want to forsake the reward and install the 2 gigabyte onto their memory card. Absence of Detention’s depth and breadth resist swift conquest, having the capacity to engage players for months. Although endorsing a double-dip can be a dicey proposition, the title’s wealth of supplemental content and capacity for controlling Mao, Raspberl, and Almaz on the go makes the prospect of Detention indisputably blissful.