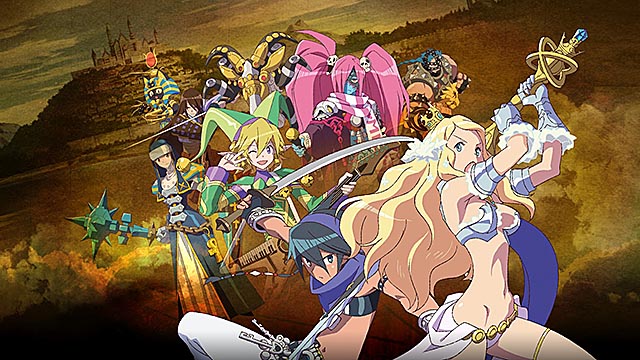 Although gaming often targets a broad demographic of ages, occasionally a generational gap is perceptible. Case in point: while at a SEGA press event a few years back, a high-definition adaption of the Treasure-crafted cult hit Guardian Heroes generated admiration from a throng of reviewers who were all past their mid-twenties. Younger writers seemed to collectively dismiss the game, with one person even derisively asking, “What’s so great about that retro game?”  Those whose appreciation of a title hinges on intricate input schemes and varying game mechanics might want to forgo the release of 3DS title Code of Princess. As evidenced by the divisive reception of Double Dragon Neon, even an accomplished hack-and-slash game is going to garner its share of detractors.

Yet for enthusiasts of the genre, the cartridge and eShop release of Code of Princess is poised to provoke feelings of deep-rooted nostalgia. Considering that Treasure lead programmer Masaki Ukyo and character designer Tetsuhiko Kikuchi were behind Princess’ development, it’s not surprising that the game has been hailed as Guardian Heroes’ spiritual successor. Mirroring elements such as a three-lane playfield, light role-playing elements, and a cornucopia of playable characters, the Agatsuma Entertainment developed title pays homage to the classic Saturn title, while adding several new and engaging nuances. 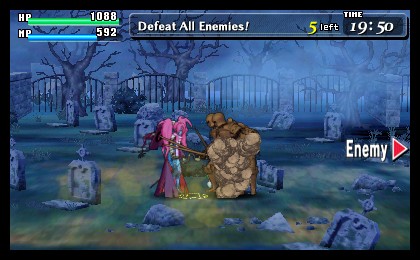 Prudently, Code of Princess’ plotline is conscious of its own absurdity. Sure, the story could have communicated its tale of a rift between man and monster with somber earnestness. However when your protagonist is curvaceous young women wearing barely there bikini armor and carrying an enormous sword, it’s probably best to shirk dour seriousness. As such, the game’s dialog is spirited, while the voice actors seem like they had an enjoyable time with the lines of a guitar-riffing jester and necromancer formed from a sundry of body parts. Pleasingly, a surprising amount of speech has been crammed onto the tiny cart and comparatively diminutive download.

While the requisite light and heavy attacks of any capable brawler make up the base of attacks in Princess, the game also offers a few notable developments. Using the ‘Y’ button to attack an enemy activates a lock-on system, with subsequent assaults inflicting double damage to the targeted foe. Another opportunity for destruction is available through the ‘X’ button, which not only clears away encroaching foes, but also increases the severity of your strikes until the player’s MP meter is depleted. Pleasingly, these two mechanics can be combined, resulting in quadrupled damage, which is especially useful in boss battles. 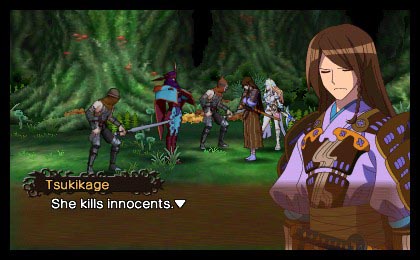 Gamers can also employ fighting game tenet, dishing out double taps and quarter-circles on the directional pad or circle pad for formidable onslaughts. Agreeably, there’s a nice cadence to the combat with respectable players able to juggle groups of opponents with well-timed button presses. While using the triggers to block is indispensable against advanced opponents, Princess rarely takes advantage of its trio of action planes. Typically, my fisticuffs were confined to the closest field as to appreciate the game’s character art and graceful animations.

Recalling Guardian Heroes, every incursion rewards players with experience points, which can be used to augment main protagonist Solange, or the campaign’s trio of quirky, accompanying heroes. Here, players may augment their hero across six different attributes, enhancing offensive and defensive abilities as well as speed and resiliency. Characters may also be outfitted with stat-bolstering gear which is either uncovered amidst the game’s levels or purchased with amassed wealth. In execution, these prospects of character advancement goad players toward replaying Campaign stages or scything through the Free Play component; fortunately, levels are brief enough to elude tedium. While hack and slash veterans might be able to complete the game without revisiting stages, gamers with a conventional skill will likely have to grind a bit. Regretfully, Princess’ concluding levels exhibit a sharp increase in difficulty, with adversaries able to K.O. the protagonist in a few shots. 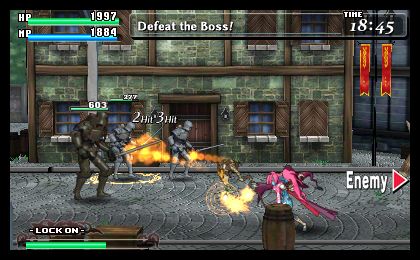 For gamers who gather a congregation of 3DSs and Code carts, the ability to experience local cooperative and versus components are available. Similarly, players can tackle unlocked levels and bonus missions with online compatriots, with competitive matches allowing gamers to choose from fifty unlockable characters. While slowdown can sullies the single player game, occasionally making movement feel lethargic, it’s even more noticeable in multiplayer matches when allies are executing special attacks simultaneously. At times, the game’s shifts in speed can impair play, with conspicuous amount of input lag.

Considering the dearth of brawlers on Nintendo’s portable, Code of Princess is a welcome addition to the 3DS library. Players who reveled in the pugnacious play of classics such as Golden Axe, Streets of Rage, and Castle Crashers, will find themselves hooked on the game’s amalgam of scrapping and stat-building. Conversely, gamers weened on more contemporary fare are likely to be perplexed by the pleasures of beating homogenous enemies to a powerless pulp. 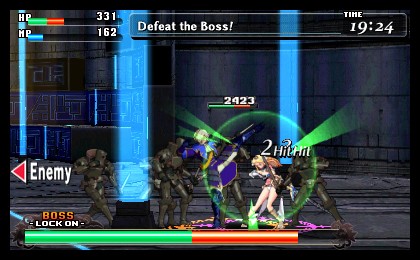